Busy Philipps was "done" with her marriage to screenwriter Marc Silverstein — their should-have-been-shared parenting duties were anything but, and she was tired. In an interview with Harper's Bazaar, the mom of two and talk show host shared what it took to repair her relationship after telling Marc she was ready to walk away.

"My thinking was that if I leave, at least then maybe I'd get two days off a week," Busy said of mentioning the idea of divorce to Marc. She added: "I understand that I'm in a place of privilege, and even if I left Marc and I'd been super down on my luck, there was a version of life that I could have made work for me and my daughters. This is not the reality for many women. . . [But] Marc was like, 'I'll do anything.' And I was like, 'Okay, then do everything. Because I have done it all, all by myself, and I'm done, dude.'"

Busy is hardly the first person to struggle with the division of labor between herself and her partner (as I write this, I'm thinking about how I asked my fiancé to clean the bathroom two weeks ago, and rather than clean it myself, I'm dealing with how gross it is to make a point — a point that probably won't ever be fully made, but still). Fed up with being responsible for everything necessary to keep her family's lives up and running, Busy said she "was fully out the door. I wasn't expecting anything from him, but what we ended up doing was creating our own system."

"I was fully out the door. I wasn't expecting anything from him, but what we ended up doing was creating our own system."

Marc decided that he'd be the one to stay home with the couple's two children, 11-year-old Birdie and 6-year-old Cricket. "He now loves his mornings with the girls," she said. "He'll make my Bulletproof coffee and bring it into the bedroom while I'm still sleeping, and then leave to take the kids to school. He has conversations with them that I'm jealous of. The closeness he now has with these girls, it's really special." In addition to the morning routine, Marc also handles bedtimes and weekly meal prep.

Despite the division of labor at home being much more split now, Busy still thinks about the aspects of their family's life that she's not handling now. "Can I be honest with you? Sometimes I've wondered about Marc taking over Birdie's bedtime. I've thought to myself, 'Is this the right thing for her?' But I'm not going to call him out on what I think is right or wrong because he's doing it!"

Related:
Busy Philipps Got a Tattoo That Says "F*ck," but Before You Judge, Here’s How She Explained It to Her Kids

Marc's perspective on his complete 180? "I like being good at stuff. And I didn't feel like I was good [in the home], so I stayed away," he said, adding that after Busy's ultimatum he "realized that deep happiness comes from my family. And once I figured out what I could bring to the table, things changed. I wanted to do more."

"[In a partnership], you have to decide what works for you," Busy said. "And you have to think about your children. I want everything for my girls, but the only way they're going to believe it's possible for them is if they see me have it." And now that their family has made these changes? Busy said "Marc literally spends so much time with the girls that they accidentally call me 'Dad' sometimes. Like when did that ever happen?"

Related:
Zodiac Signs Most Likely to Divorce, Ranked From Most to Least
Busy PhilippsDivorceMarriageParenting Tips

Family Life
Is It Ever Safe to Show Your Kids' Faces on Social Media?
by Andi Breitowich 5 hours ago 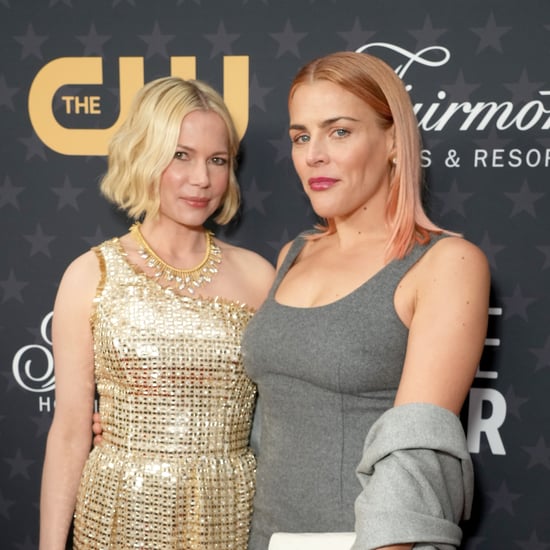