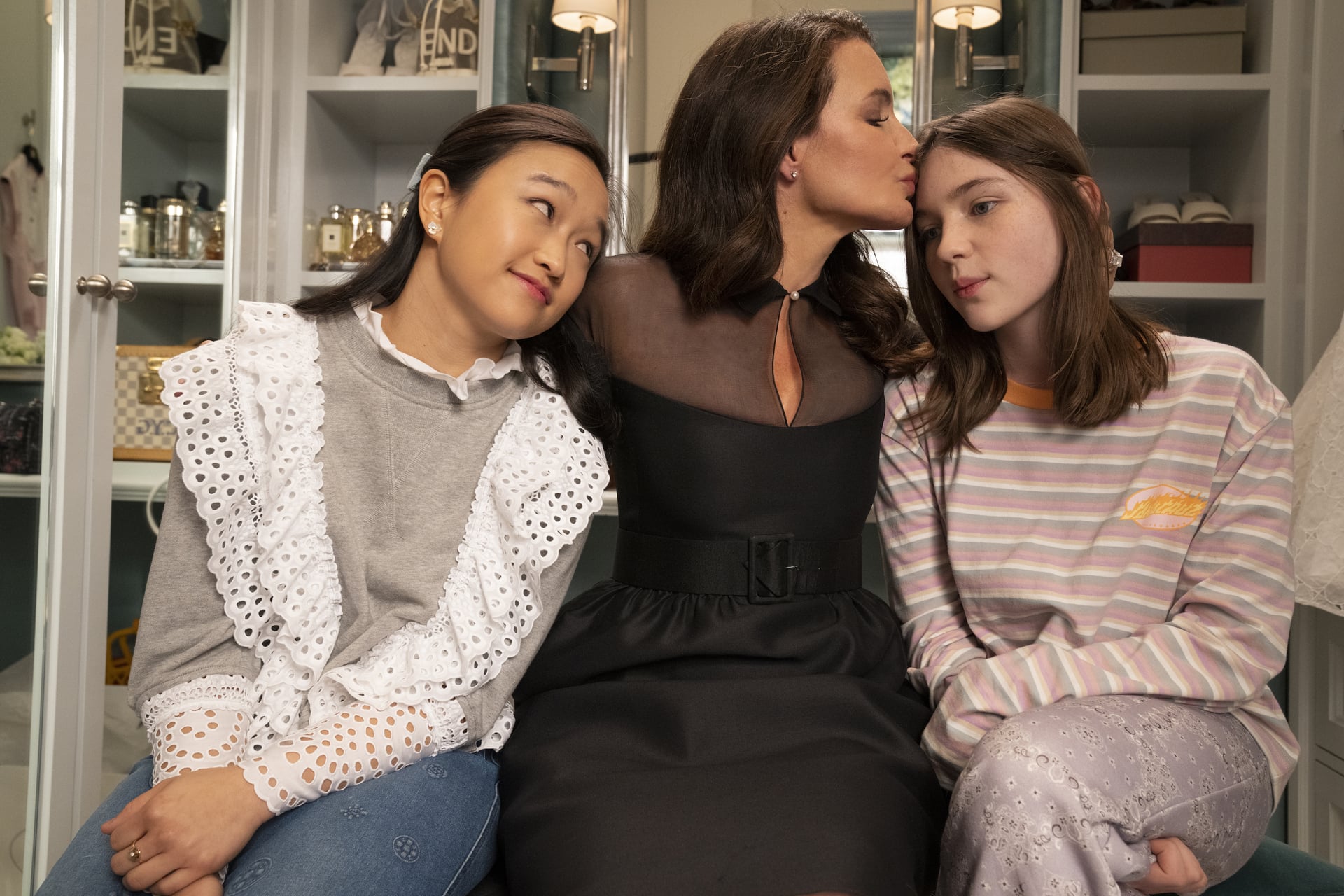 The Sex and the City reboot, And Just Like That…, has already begun exploring topics that the original series never fully grappled with — from racial justice to gender identity to, well, parenting struggles. And the latest episode sees Charlotte grappling with more than one of those themes when her youngest child, Rose, makes a surprising bedtime confession: "I don't feel like a girl."

Charlotte, startled, says, "Oh, well, sometimes I don't feel like a girl, either," to which Rose replies that they never feel like one. (This conversation is certainly foreshadowed for viewers in the premiere episode, in which Rose pushes back against wearing a feminine Oscar de la Renta dress to sister Lily's piano recital.)

Unsure how seriously to take this admission at first, Charlotte turns to her best friend Anthony, who tells her to ignore it:

"When she was 6, she told me she was a dog," he says. "Is she a dog now? No." He dishes one more: "When I was little, I wanted to be Tinker Bell. Did my mother cut holes in my school blazer for my wings? No."

Related:
Sara Ramírez and Karen Pittman Admit They Were Both Nervous to Join the Sex and the City Franchise

He says Charlotte is "too indulgent" but that he'd be there for her and Rose every step of the way. "But right now, she's just a little sourdough starter. Who knows what she's going to grow into."

Later in the episode, Charlotte joins Carrie and Miranda to watch Che's lively comedy set, and it's clear she's taking mental notes between laughs on how the message of gender acceptance relates to her own life.

She follows her maternal intuition and calls Rose after the performance to make sure "you know how much I love you." It's a sweet, simple moment — made especially so because it's clear Rose is more preoccupied by their current round of Mario Kart on the other end of the phone. But it's a touching reminder that for as much as the characters get wrong, this is something it seems they are working hard to get right.