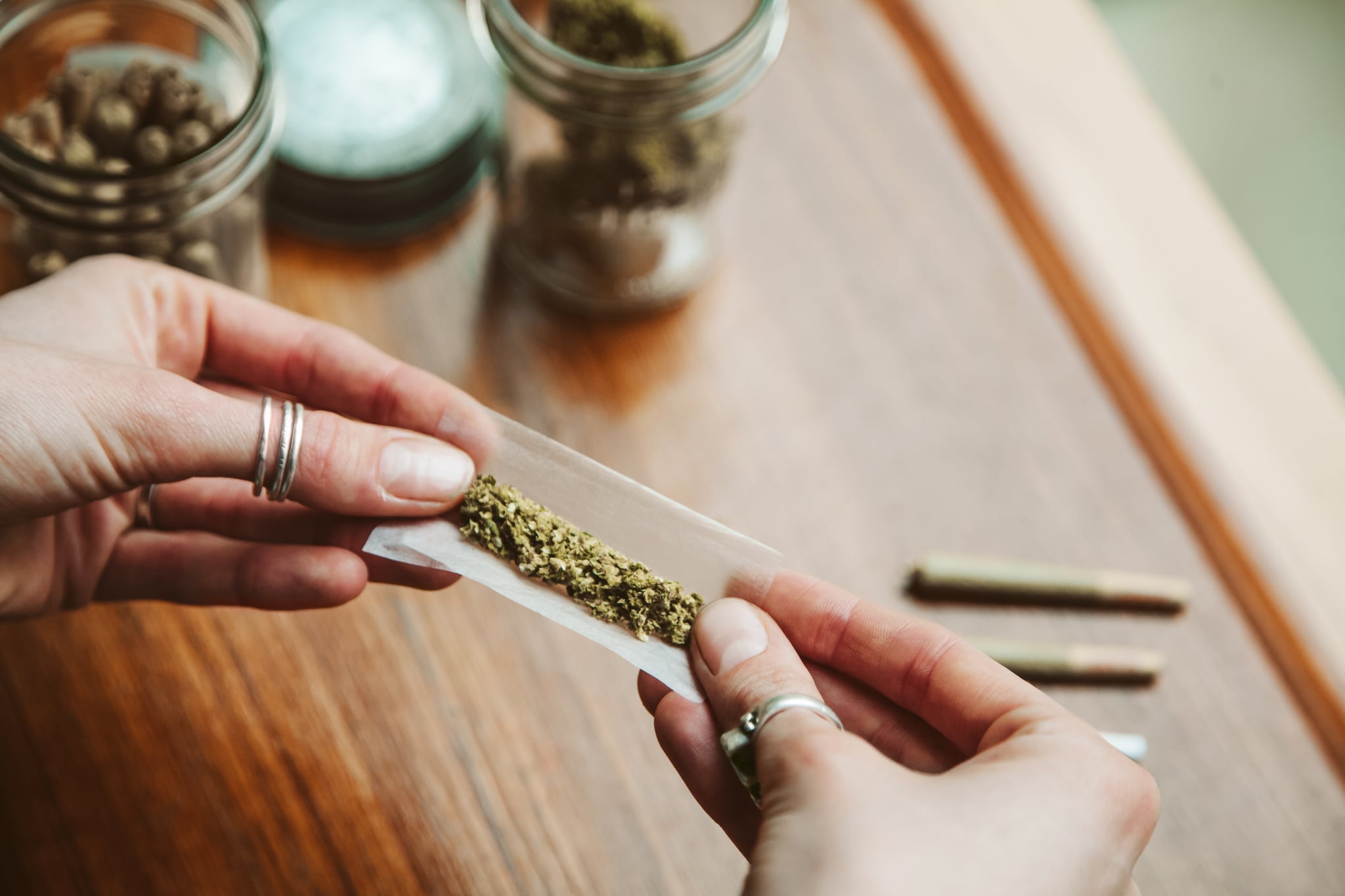 In January 2020, weed officially becomes legal in my home state of Illinois, the 11th state in the US to legalize recreational marijuana. Frankly, I'm thrilled, and according to pretty much every other adult Illinois resident I've spoken to, I'm hardly alone. I'm not a major pot user by any stretch of the imagination (Sauvignon Blanc is still my vice of choice), but I've been known to occasionally partake in an edible or vape pen when it's presented to me, and have always enjoyed the experience.

When my husband and I have traveled to states where marijuana is legal (we've taken trips to Colorado, California, and Washington in the last few years), at least one of us usually ends up in a dispensary because buying pot is, well, fun. Think of the first time you went into a liquor store after you turned 21 and realized you could buy anything you wanted there. That's what shopping a dispensary is like, only with the added entertainment (in my experience) of a sometimes stoned employee who can't wait to explain every product and its effects to you, like really, really slowly.

As much as I appreciate the occasional cannabis product, I've pretty much never mixed marijuana use and parenting, only partaking when I'm either away from my two kids (ages 5 and 8) or when they're fully unconscious. Now that the legal status of pot is changing, should my sneaky consumption of it change, too?

Related:
Move Over Wine Moms, Here Are 24 Gifts Every Weed-Smoking Mom in Your Life Needs

Officially, the Illinois law says no. One of the caveats to legal marijuana in our state is that its use is prohibited "near someone under the age of 21," the legal age to buy or consume marijuana. But in reality, I'm pretty sure that once weed is legal, my kids are going to see a lot more of it out in the world. It will be a much more present, out-in-the-open reality of their childhoods than it ever was in mine, and as their parent, it's my job to help them navigate this new cannabis landscape.

Part of that means opening a dialogue about what marijuana is and why people use it (of course, highlighting that the only people that can legally use it are those over the age of 21). I'll make sure they know they can always come to me with any questions, and I'll give them honest answers to the best of my ability. But is another part admitting that pot use is part of my life, too? Just like I think that watching their parents drink alcohol responsibly is a good lesson, I could use the same justification for smoking pot around my kids, even though lighting up in front of them is, you know, technically illegal.

I'll admit that this rationale is more than a bit self-serving. I am a person who sometimes like to get a buzz to relieve the stress of life, children, marriage, and adulting in general, and unfortunately, at 40 years old, drinking more than a couple of glasses of wine now regularly comes with the added benefit of a hangover that feels like I've been legitimately poisoned. I swear every time my girlfriends and I get together for drinks, we spend a good chunk of time talking about which hangover patches/pills/remedies we like best. (The Rebound hangover patches are currently my fave. And yes, I get how sad this conversation is.) So for me, the greatest benefit of smoking pot: zero hangover.

Related:
50+ Laid-Back Songs to Listen to While Smoking Weed

Of course, I would never let my desire to let loose trump my desire to be a good mother. My husband and I have had many discussions about how we could incorporate legal marijuana into our family life, and at the end of the day, no matter how much we want it, we just can't figure out a way that feels good to use weed in front of our kids, ever. Maybe that will change as time goes by and the stigma of a formerly illegal drug fades. Or maybe not.

For now, the best I can do is attend the "Legal Marijuana: Now What?" community forum our school district is presenting next month. Maybe they'll have some answers for me. Or maybe they'll just announce where the local dispensaries are going to be. Either way, it's a win.

Image Source: Getty / Shannon Fagan
Any cannabis products referenced above are not intended to diagnose, treat, cure, or prevent any disease. The writer is not a medical doctor, and their experience is based on personal use, the results of which may not be typical or intended. The legality of cannabis products varies by state, and readers are encouraged to check their local laws before purchasing and using cannabis products. Nothing in this article should be construed as advice regarding the legal status of cannabis products. Any views expressed in this article by a third-party sponsor are those of such sponsor, and do not necessarily represent the views of POPSUGAR.
Family LifeParentingPersonal EssayMarijuana

Relationships
After My Divorce, I Came Down With "This Is My Husband" Syndrome
by Nikki Frias 10 hours ago