I smoked weed for the first time when I was in high school. Growing up in the south, I knew that it wasn't something you wanted your parents to ever find out, but looking back, I really wish I would have been able to talk about it with my family. Even as a teenager, I never understood why weed was so stigmatized and frowned upon by all the adults in my life, but that was my reality growing up in Georgia — you didn't smoke weed, and if you did, you kept it a secret.

Now I'm a mom who smokes weed. I never smoke around my daughter, but it's my form of self-care and relaxation. I use it to unwind at the end of a long day, help me sleep, boost my creativity, and help me feel good. I also started an Instagram account, Blunt Blowin' Mama, as a space for myself and other women to be proud, open, and honest about using marijuana. Smoking weed is not a shameful or dirty thing, and I want to help people understand that. Marijuana is also legal in the state I live, which is California, and despite not breaking any rules, one of my biggest fears is still my parents finding out I smoke.

CBD Oil Is Amazing For So Many Things, but Breastfeeding Isn't One of Them (Yet)

Telling my mom that I smoke to alleviate stress and spur creativity would absolutely fall on deaf ears.

When I found out I was pregnant three years ago, I stopped smoking weed for two years. I was afraid of what my cannabis use would do to my daughter since there's still a huge lack of research on the subject, and it was only after I stopped breastfeeding that I picked it up again. And when I moved to California a year ago, I realized how much of a disservice I was doing to myself by keeping that part of my life a secret from my family. It also dawned on me that my fear of how my family would react to finding out I smoke weed was preventing me from being my full, authentic self with them.

While I never outright told my sister I smoke weed, I'm pretty sure she knows because I never make much of an effort to hide the signs of cannabis use when she's around. Still, perhaps out of fear of disappointment, I haven't told my parents. When they come to visit, I have a slightly awkward conversation with my partner and ask him to refrain from using cannabis while they're in town. I also frantically eliminate all signs of it in my home.

I've always rationalized my fears of my parents finding out and not being able to understand as a generational divide. My parents grew up on the "Just Say No" campaigns from the Reagan administration, and telling my mom that I smoke to alleviate stress and spur creativity would absolutely fall on deaf ears. To my mom, weed is an illegal drug that no one should use because they could get addicted (which is wrong), and it could ruin their lives. She would never believe me if I told her the risk of becoming dependent on marijuana is lower than it is for most other drugs, including alcohol, and that the medicinal uses of cannabis are plentiful.

Related:
5 Ways I Smoke Weed as a Busy Mom

To be honest, I planned on telling my family about my cannabis use before I wrote this very article, but I chickened out. I just have no idea how that conversation would even go, and I'm not sure I'm ready for the judgements on my personhood and abilities to parent. To be clear, I don't think anyone should judge a parent for responsibly smoking weed, but that doesn't mean my parents feel the same way.

I'm still working through how to tell my family and overcoming the fear of how they'll react. I believe that after I finally do muster up the courage, they'll eventually come around and understand that smoking weed doesn't make me a bad person. In fact, I have been this person all along, so now they can get to know the real me.

Image Source: Unsplash/Thought Catalog
Any cannabis products referenced above are not intended to diagnose, treat, cure, or prevent any disease. The writer is not a medical doctor, and their experience is based on personal use, the results of which may not be typical or intended. The legality of cannabis products varies by state, and readers are encouraged to check their local laws before purchasing and using cannabis products. Nothing in this article should be construed as advice regarding the legal status of cannabis products. Any views expressed in this article by a third-party sponsor are those of such sponsor, and do not necessarily represent the views of POPSUGAR.
Personal EssayOpinionMotherhoodSmokingMarijuana 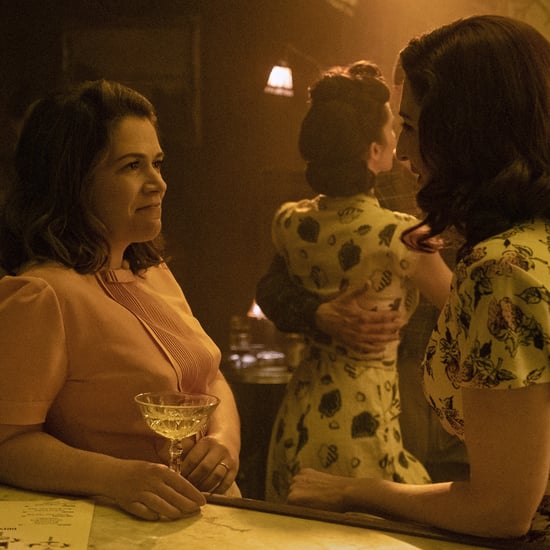