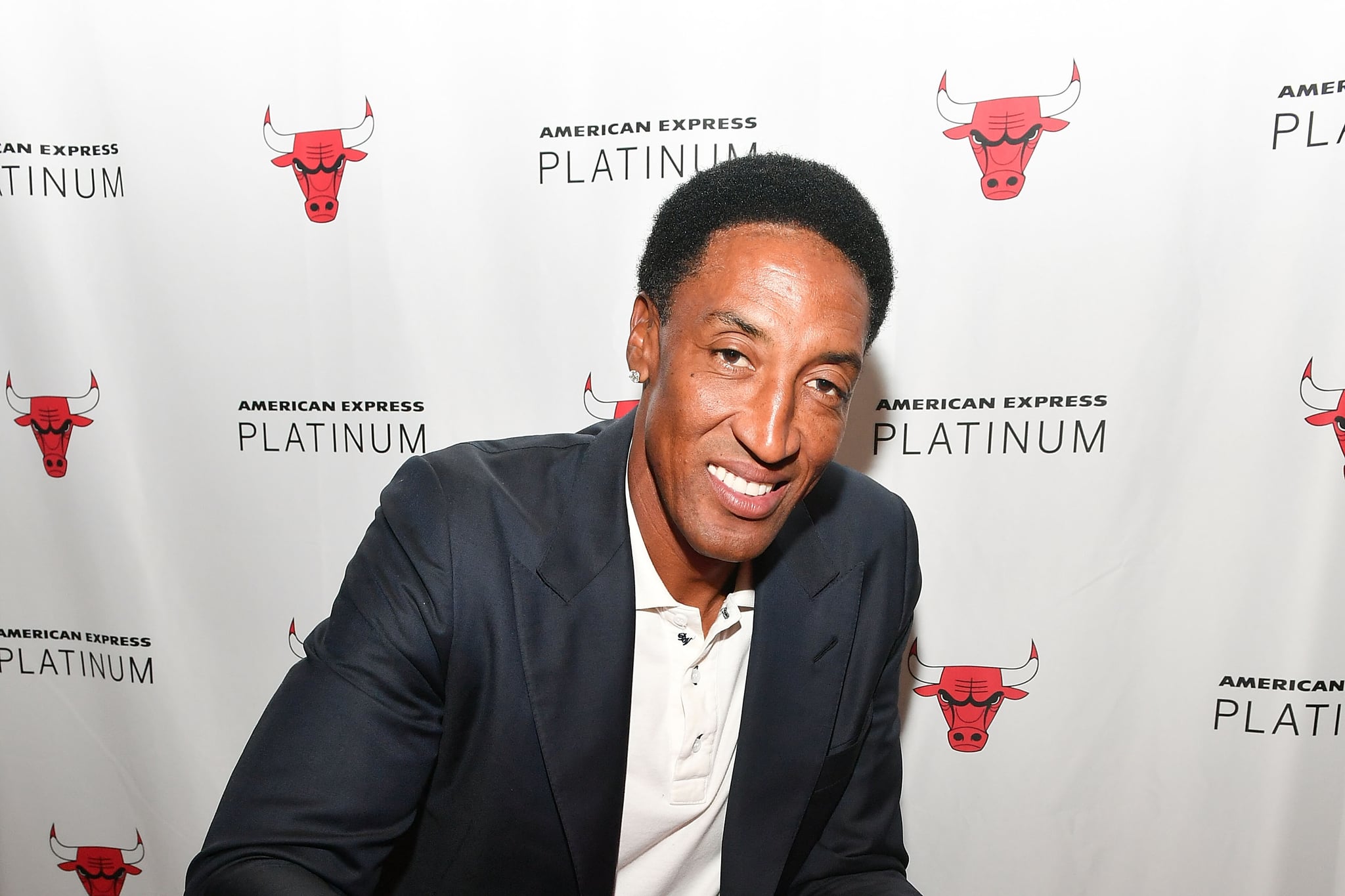 Former Chicago Bulls star Scottie Pippen has made plenty of headlines for his basketball skills, but at home, he's just Dad. The talented athlete has eight children from previous relationships — including four from his marriage to Larsa Pippen — and several of them have followed in his athletic footsteps. Ahead, meet all of Scottie's children and get to know them a little bit better.

Antron Pippen was born Dec. 29, 1987. Antron died on April 18, 2021. He was Scottie's oldest child and his only child with his ex-wife Karen McCollum. He followed in his dad's basketball-playing footsteps and played ball at Texas A&M International University. Following school, he started playing for the Upstate Heat in the World Basketball Association before moving to an Atlanta team.

Twins Taylor and Tyler Pippen were born July 20, 1994. They are Scottie's second- and third-born children and his only with former girlfriend Sonya Roby. Tyler sadly passed away just nine days after being born. Taylor played volleyball with Club Voleibol Haris in Spain but does not have a relationship with her father.

Sierra Pippen was born Feb. 17, 1995. She is Scottie's third-oldest child and his only child with former fiancée Yvette De Leon. Scottie seemingly did not maintain a relationship with Sierra.

Scotty Pippen Jr. was born Nov. 10, 2000. He is Scottie's fourth-oldest child and oldest child with his ex-wife Larsa Pippen. Scotty is a talented basketball player like his dad, playing on the team at Vanderbilt University. He's close with his three full siblings and sometimes shares family photos of the whole group. Much of his Instagram, though, is dedicated to his love of basketball and his spot on the Vanderbilt team.

Preston Pippen was born in 2002. He is Scottie's fifth-born child and second child with his ex-wife Larsa. Preston also has an affinity for basketball and plays for his high school, Sierra Canyon. The school's team also boasts Bronny James and Zaire Wade — also known as the sons of NBA superstars LeBron James and Dwyane Wade, respectively. Preston is also close with his dad, sharing pictures here and there, like this one where he calls Scottie, "My guy."

Justin Pippen was born in 2005. He is Scottie's sixth-oldest child and third child with his ex-wife Larsa. Justin also plays basketball at Sierra Canyon and is close with his siblings. His Instagram is a pretty even mix of basketball shots and family photos.

Sophia Pippen was born in 2008. She is Scottie's fourth child with his ex-wife Larsa. Sophia is already becoming a star in her own right. She is signed to Wilhelmina Modeling Agency and was also on Dancing With the Stars Juniors. Her Instagram is packed with model shots, photos with her family, and cute throwback photos.

Celebrity Families
Lance Bass and Michael Turchin Are Dads! See What They Named Their Boy-Girl Twins
by Victoria Messina 5 days ago