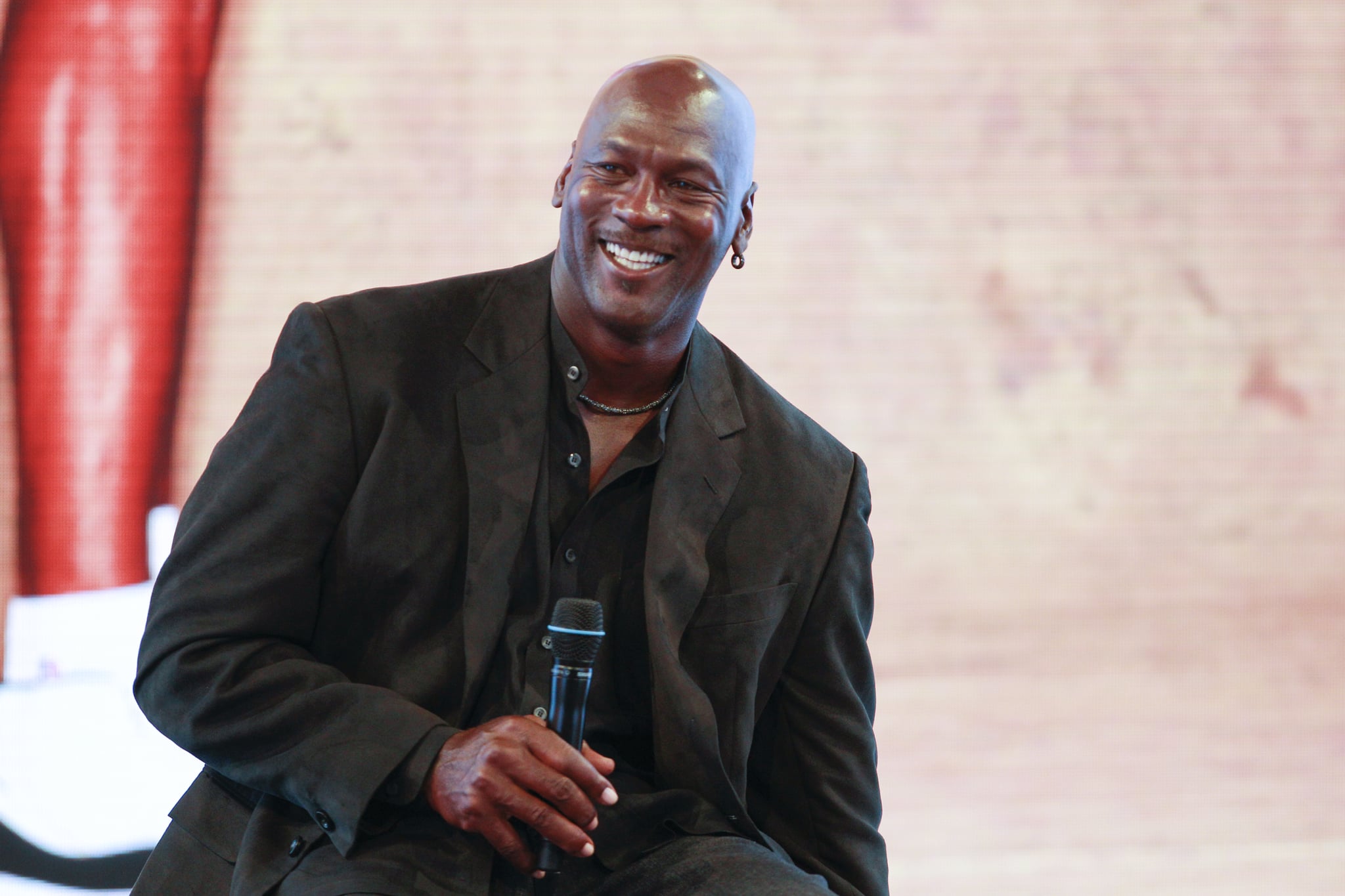 Legendary basketball player Michael Jordan has five children — his three eldest children with first wife, Juanita Vanoy, and his youngest two with his current wife Yvette Prieto. The former NBA MVP's sons both took after their dad and played basketball in school, but ultimately opted for different career paths after college. Two of his children even work for the Jordan brand currently, and you can see Michael and some of his family in the docuseries, The Last Dance, currently airing on ABC. The series about Michael's 1997-to-1998 season with the Bulls also touches on the basketball player's life, including his oldest children. Get to know them, as well as Michael's young twins, when you keep reading.

Jeffrey Michael Jordan was born Nov. 18, 1988. Jeffrey is Michael's oldest son with his first wife, Juanita Vanoy. He grew up with what he calls a fairly "normal" life with his siblings. He went to college at the University of Illinois to play basketball and transferred to the University of Central Florida to finish his college career. He played basketball there as well. He currently works for the Jordan brand and got married to his wife, Radina Aneva, in 2019. You can follow him on Twitter or Instagram.

Marcus James Jordan was born Dec. 24, 1990. He grew up with his family in the Chicago area and played basketball through school. He went to college at the University of Central Florida, where he was also a member of the basketball team. While there, the school was under a contract with Adidas and because Marcus refused to wear the brand's shoes — instead insisting on wearing Nike Jordans — the school lost millions in its contract. After leaving UCF, Marcus started his own company, Trophy Room, an online boutique selling predominantly Jordan fashion, inspired by the trophy room in the Jordan family residence. You can follow him on Twitter or Instagram.

Jasmine Mickael Jordan was born Dec. 7, 1992. She's the last child Michael had with his first wife, Juanita. She followed in her athletic dad's footsteps by finding a career in sports, though not as an athlete. She studied sports management at Syracuse University and now works for the Nike Jordan brand. She splits her time between Nike headquarters in Oregon, her mom's house in Chicago, and her dad's place in Florida, but she calls Charlotte, NC, home. She had a baby boy — Michael's first grandchild — in 2019 and named him Rakeem Michael Christmas, after his dad Rakeem Christmas, whom she met in school at Syracuse. You can follow her on Twitter or Instagram.

Twins Victoria and Ysabel Jordan were born Feb. 9, 2014. Michael shares his twin girls with his current wife Yvette Prieto Jordan. Michael and Yvette met in 2008 and married in 2013 before having the twins just a year later. The twin girls are identical and are being raised at Michael and Yvette's home in South Florida.