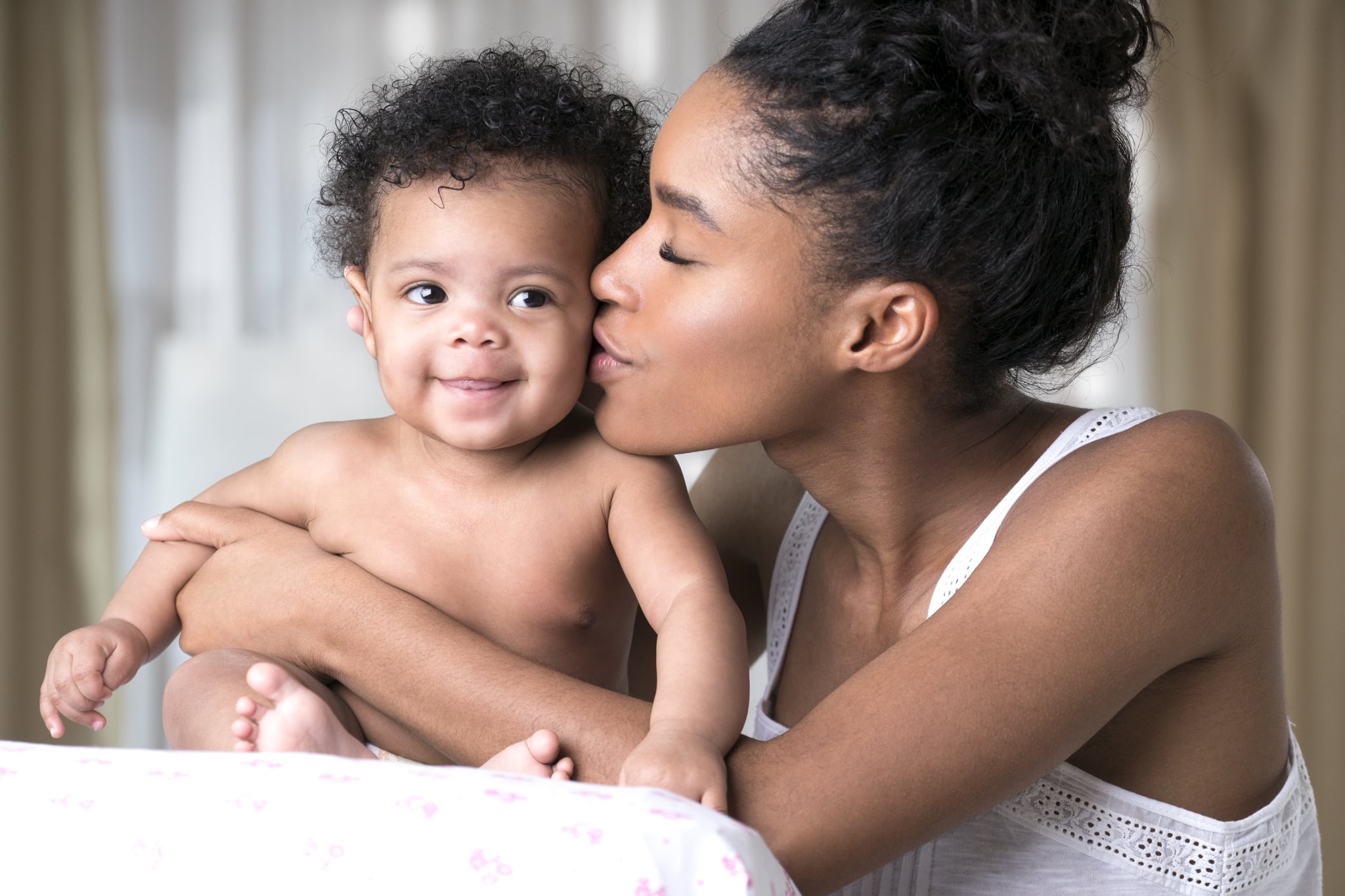 As exciting as it is to welcome a new addition to your family, it's also majorly taxing on your physical health, your mental health, and — of course — your finances. Money may not be the first consideration for those thinking about welcoming a child into their lives, but we probably don't have to tell you that a baby is a major investment. Yes, they're cute. But they also have a lot of needs and, as a result, a lot of expenses — many of which you may not have considered. How much does a baby cost per month? Let's break it down.

According to the 2015 Expenditures on Children by Families report, a married, two-child, middle-income family (earning between $59,200 and $107,400 annually) could expect to spend approximately $12,680 in the first year of their younger child's life. If you take into account an average annual inflation rate of 2.2 percent — as well as the fact that one-child households spend an average of 27 percent more on the single child — that $12,680 could be over $17,500 in a one-child, middle-income household in 2019, which equals out to almost $1,500 a month. Whoa, baby.

So what exactly does that $1,500 a month go toward? The initial cost will obviously be more than your average monthly expenditures, especially if you're welcoming your first baby. Before your bundle of joy arrives, you'll need baby furniture, and The Bump estimates that you'll likely spend about $2,000 for a nursery set, including the crib, changing table, rocker, and dresser. You'll also require a car seat (which costs an average of $175) and a stroller (which can cost anywhere from a few hundred dollars to a thousand, depending on the model). There's also the cost of giving birth itself, which can rack up an out-of-pocket bill anywhere from $2,244 to $2,669, depending on your type of birth, according to a 2013 survey conducted by Truven Health Analytics, in partnership with Childbirth Connection, Catalyst for Payment Reform, and Healthcare Quality & Payment Reform.

After that initial investment, you'll have to budget for those recurring expenses, which include diapers, nursing and feeding, health insurance, child care, and clothing. You might be surprised to learn that babies go through an average of six to 12 diapers a day, according to the National Diaper Bank Network, and that can set you back $70 to $80 per month. And if you cannot or choose not to breastfeed, the Special Supplemental Nutrition Program for Women, Infants, and Children calculates that formula can cost up to $150 per month.

In your baby's first year, you can expect to make six visits for evaluations and immunizations, plus a few additional visits for illnesses, and the cost will vary dramatically depending on your healthcare policy. Then there's childcare. According to a Care.com survey, the average weekly childcare cost for a baby in 2019 is $199 for a family care center, $211 for a daycare center, and $596 for a nanny, which equals out to a range of $796 per month to $2,384 per month. Clothing costs will also depend on your needs, as you could spend an average of $60 a month, according to Investopedia, though that largely depends on your family's needs and income.

Bottom line: babies are expensive. Before you make that major life decision, take a careful look at your finances, since you'll need an average of $1,500 a month in your first year. Babies are life changing, and wonderful, and cute as can be, but for something so small, they sure cost a heck of a lot.