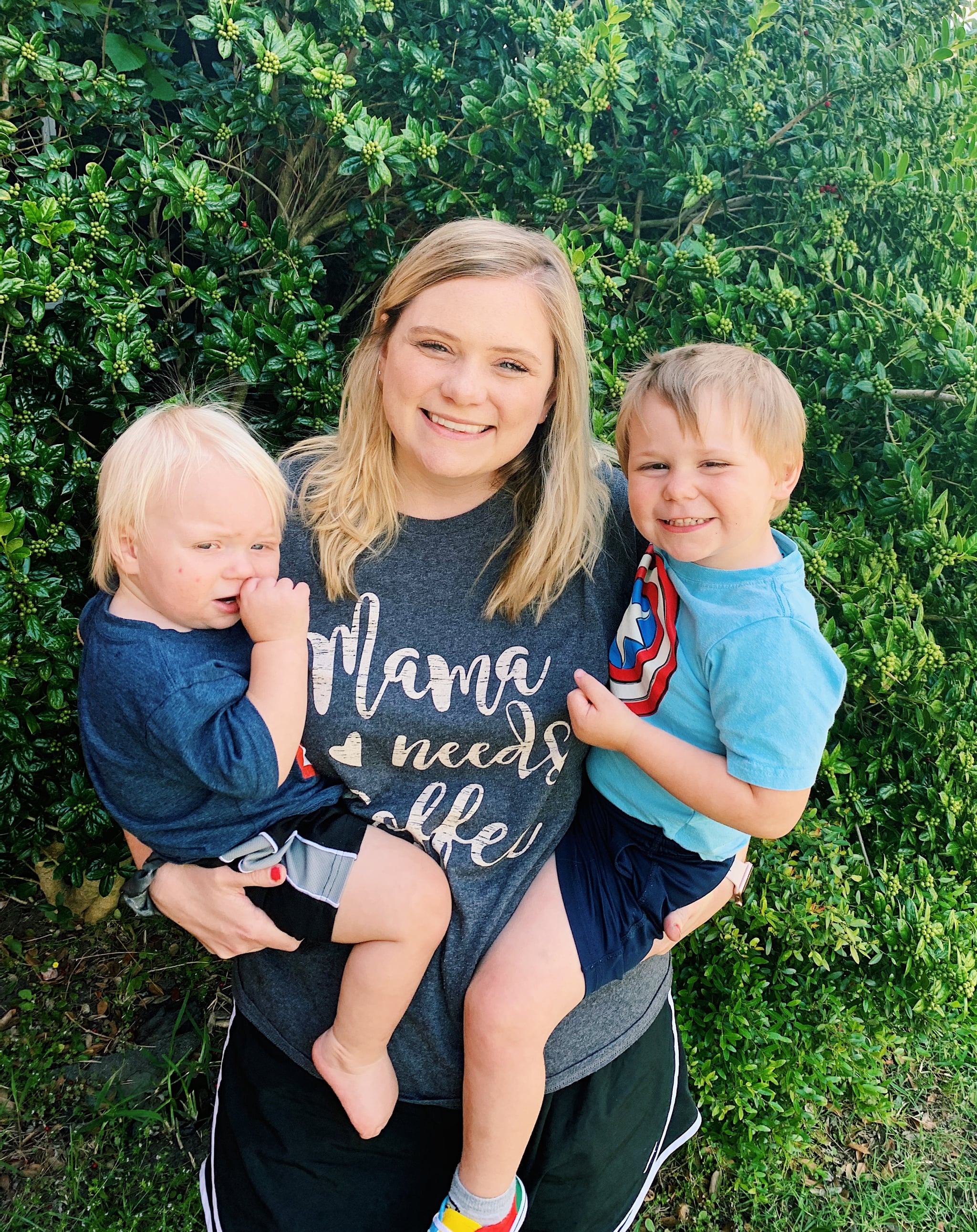 My baby was blue when he was born. After 36 hours in labor (and practically 48 without eating), my first son was born in August 2017, and I remember thinking, "He looks like an alien." I tentatively reached out a finger to the crying, messy baby placed gently on my newly vacated stomach and my heart lurched. I was finally a mom!

After a not-so-relaxing hospital stay, my husband and I arrived home with Logan, exhausted and ready to see what parenthood was all about. I expected feeling tired, I expected sleeping only an hour or two at a time, and I expected the uncertainty and uncomfortableness of breastfeeding. What I didn't expect was the crippling anxiety I would experience for the next six months.

It started small: checking on him two or three times after he fell asleep to make sure he was breathing. Thinking I was hearing him cry when I was in the other room. Being nervous about getting him dressed due to his adorable floppy head. But then I started having waking nightmares about him.

Related:
What Postpartum Psychosis Is Actually Like — From a Woman Who Survived It

I couldn't give Logan a bath by myself. Every time I did, I had crystal clear visions of him drowning in the tub and me not being able to save him. When I drove with him in the car seat, I could not stop picturing horrific car crashes. When I laid my head on my pillow, my brain filled with visions of him suffocating. At one particularly low moment, I remember thinking that I was not cut out to be a mother – and I almost wished I never had.

In addition to the visions, I would experience extreme depression and paralysis. I would spend hours crying on the floor after Logan went to bed. I would lash out at my husband for little things. At one point, I even yelled at my son to GO TO SLEEP ALREADY before bursting into tears myself. It was not good.

Throughout it all, I never once mentioned it to my doctor. During my regular postpartum checkup, I answered her quiz honestly – I cried for no reason, I didn't find joy in things I normally did, I struggled with social connection and leaving the house. She told me that was normal for postpartum moms, and I had nothing to worry about.

When Logan was six months old, things started getting much better for me. He was sleeping through the night (meaning: I was finally sleeping through the night), he was eating solid food, and he was generally a happier baby than ever before. Around this time, I connected with a friend who told me about postpartum anxiety. I had never heard the term before, although I have struggled with mild anxiety throughout my life, so I went home and researched.

Related:
I Said I Was Doing Fine After I Gave Birth — I Was Lying

According to the American Pregnancy Association, about 10 percent of women experience postpartum anxiety, which includes constant worry, feeling that something bad is going to happen, racing thoughts, disturbances of sleep and appetite, inability to sit still, physical symptoms like dizziness, hot flashes, and nausea — all symptoms familiar to me.

A few weeks later, another friend told me she had postpartum anxiety. She joked that she couldn't even go to the grocery store with her son because of her anxiety. Meanwhile, I had never gone anywhere with my 8-month-old son alone before – and I had no idea that wasn't normal.

After that, I finally had a name for what I went through with my newborn son. To be honest, I still didn't reach out to my doctor about it until after my second son was born and a version of the same thing happened again. After working up the nerve to call my doctor, I was instantly relieved. She was super reassuring, telling me it was common and offering support (and medication) that I needed. My only regret was not going to her sooner. While I still struggle with anxiety, life has gotten much more manageable — and I am able to actually enjoy life with my two beautiful sons now.