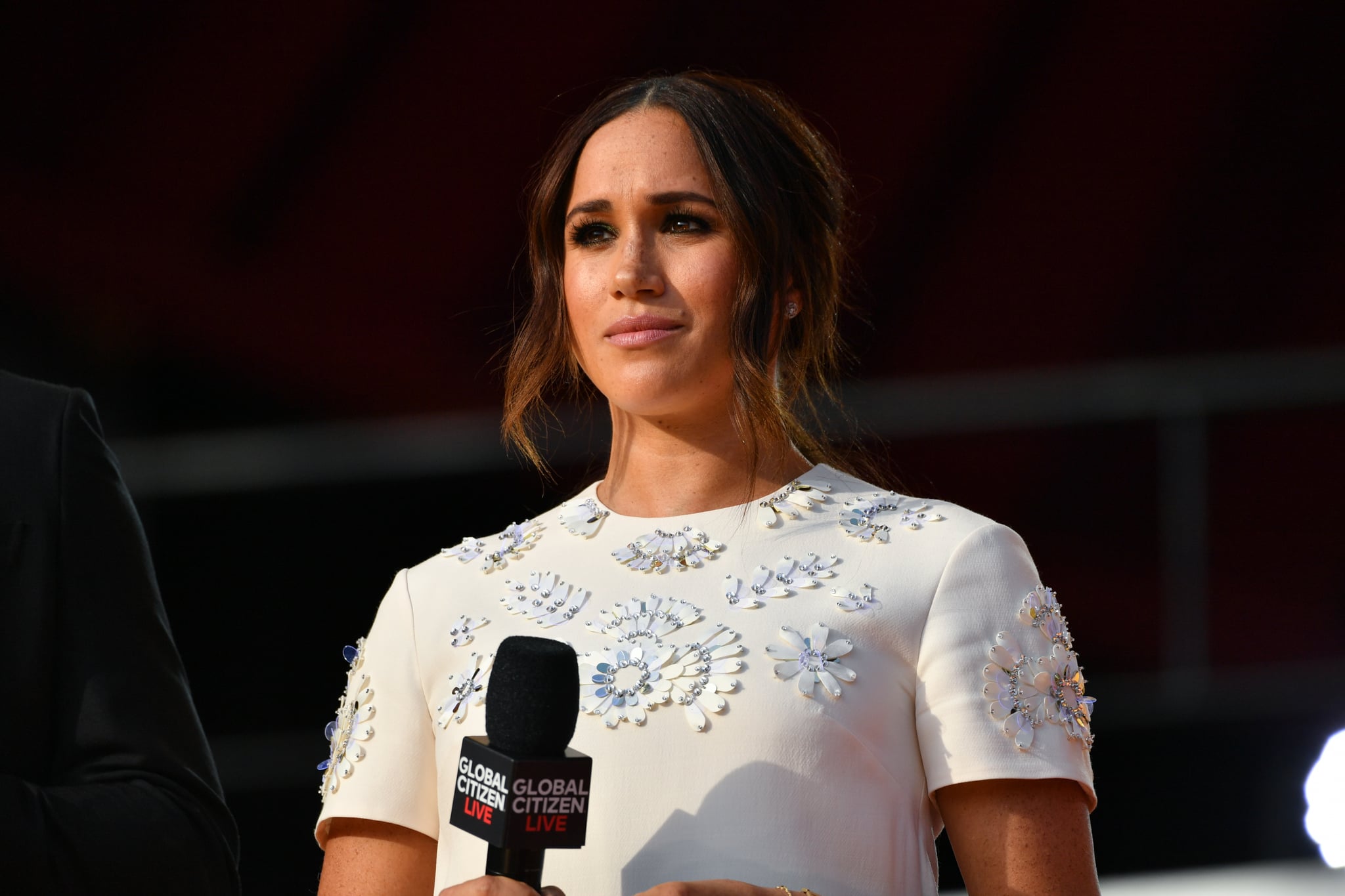 Meghan Markle is using her platform to push for comprehensive paid leave at the federal level. On Oct. 20, the Duchess of Sussex published a letter calling on Congress to pass legislation granting all workers nationwide paid family and medical leave. "I'm not an elected official, and I'm not a politician," Meghan said in the letter, addressed to Senate Majority Leader Chuck Schumer and Speaker of the House Nancy Pelosi. "I am, like many, an engaged citizen and a parent."

Meghan's letter is part of the Paid Leave For All campaign urging Congress to leave the policy intact in President Biden's Build Back Better Act, which is currently being debated. If approved as part of the $3.5 trillion infrastructure package, the policy would offer workers up to 12 weeks of leave by June 2023. It's worth noting the United States is currently one of the few nations to not mandate paid parental leave. Meghan said the policy would offer a "level playing field" for people pursuing their dreams.

In addition to detailing the financial hardships that marked her childhood and adolescence, Meghan touched on how the pandemic forced women out of the workforce and illuminated the challenges many parents face, namely a lack of support from elected officials. "The working mom or parent is facing the conflict of being present or being paid," she said. "The sacrifice of either comes at a great cost."

"No family should be faced with these decisions."

As she stated at the start of her letter, the issue is personal for Meghan, who has two children: 2-year-old Archie and Lili, who is 4 months old. "In June, my husband and I welcomed our second child. Like any parents, we were overjoyed. Like many parents, we were overwhelmed. Like fewer parents, we weren't confronted with the harsh reality of either spending those first few critical months with our baby or going back to work," she said. "No family should be faced with these decisions. No family should have to choose between earning a living and having the freedom to take care of their child."

Meghan ended her appeal with a reminder that paid leave is a bipartisan issue. "This isn't about Right or Left, it's about right or wrong. This is about putting families above politics. And for a refreshing change, it's something we all seem to agree on," she said. "At a point when everything feels so divisive, let this be a shared goal that unites us."