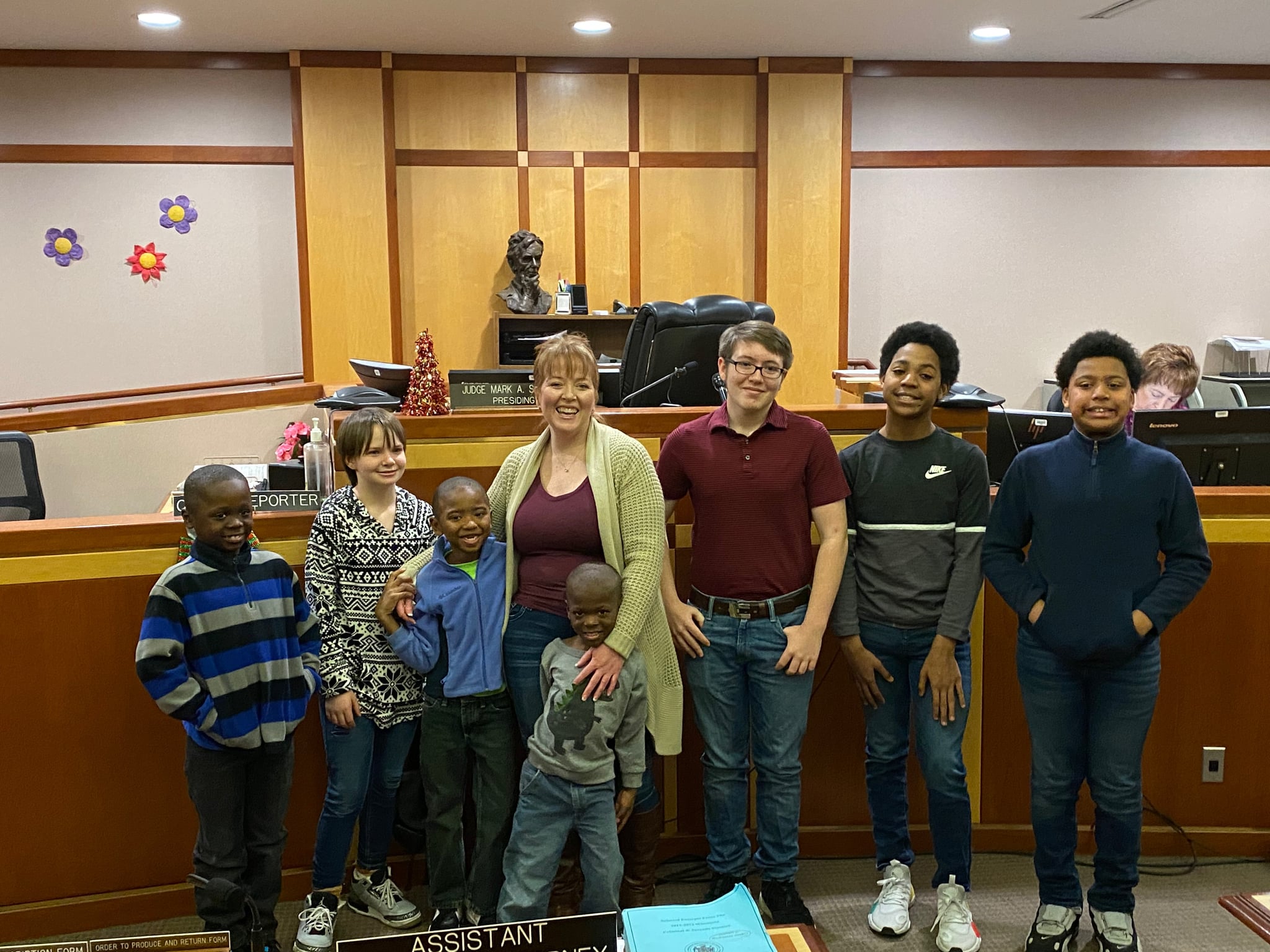 Jessica Benzakein didn't have an ideal childhood. Growing up in Texas, her mother terminated her parental rights when she turned 12. And because of her family's beliefs, she was never enrolled in school. Instead, she went to work with her mother, who was an aid at a nursing home. Forced into foster care with her younger brother, the pair bounced from home to home every few months.

While she doesn't have any especially terrible memories of her foster care experience, she never really knew what having a true family was like. At 46 years old, Jessica opted to change that for six boys, whom she recently adopted while living in Milwaukee, WI. Although Jessica thought she never really needed a family when she was younger, it seems she just may have changed her mind after all.

For Jessica, going into foster care was obviously a shock to the system, given her age. "At 12 you're too old to be adopted," she told POPSUGAR. "The social workers were pretty clear about that, so then you just stay in foster care. My brother and I would always go in together. We would stay in a home six months to eight months at a time, but I didn't make friends. I didn't make experiences. During that time I couldn't tell you any of their names or if there were other kids. I didn't really chalk any of that up to memory."

Although Jessica would classify her foster care experience as "neutral," she saw a positive shift when she went from the state-funded system to the privately funded foster care organization — the Casey Family Foundation — especially when it came to her education.

"I had a really good caseworker who noticed that I was smart," Jessica explained. "I had never gone to school. Even as a foster kid I didn't do well in a school environment. I wasn't used to not being around my brother. I didn't like having him out of my sight, so I didn't do well. Because we're 16 months apart, we weren't in the same class so that just didn't work out. My parents didn't believe in educating girls, my birth family just felt like all your resources should be put into the male children."

"I'm not sure that I ever thought that I needed a family. But I do. We all do."

Eventually, Jessica realized the best way out of her situation was to study hard. After her maternal grandparents adopted her brother and not her, she put everything she had into her academics. "I just want to go to school. I didn't even want to be adopted," she said. "I didn't want a family. I'd already been exposed to a lot of adults. I grew up in a not-so-great situation and I already knew that most people had an agenda and I just didn't have a good connotation of what family meant." 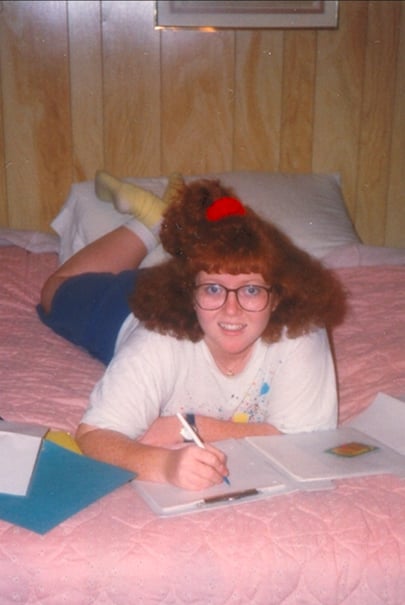 Jessica finished third in her graduating high school class, despite not having any proper schooling until later in life. She enrolled in college and met her ex-husband. While their marriage eventually ended, Jessica had two children — Eli, 14, and Brenna, 9 — with him.

As someone who loved being a mother, Jessica couldn't help but realize she could help kids who grew up like her. Her focus? Sets of siblings who didn't want to be separated. In Wisconsin, there are currently 7,000 children in the foster care system. And while Jessica knows she can't adopt them all, she was prepared to bring more kids into her home.

"I wasn't in the market necessarily for young kids, because I already knew that it was harder to place older kids," explained Jessica. "Younger kids, five and under, are oftentimes just more desirable. People feel like the damage that they automatically assume we all have, is still somewhat reversible or erasable if you're under five."

Related:
These Sweet Photos of Kids Adopted From Foster Care Are Going to Make You Smile

In 2015, Jessica agreed to temporarily take in two brothers, Kendrich, 6, and Terrell, or T.J., 4, for short, but the boys' placement ended up being permanent. On Jan. 3, 2019 she officially adopted Kendrich and T.J. along with siblings, Will, 18, Carter, 14, Sidney, 13, and Markell "Buddy," 8 into the family. And while that might seem like a lot of heartbeats in one house, Jessica wouldn't change a thing.

"I think it's been more of an adjustment probably for my oldest, Eli," she said. "There's a five-year difference between him and Brenna, so for all that time he was the only child. Brenna was four before we even got more children. so he was the oldest forever and now he's the third oldest. Everyone gets along. I'm not sure that I ever thought that I needed a family. But I do. We all do. The kids keep me grounded." 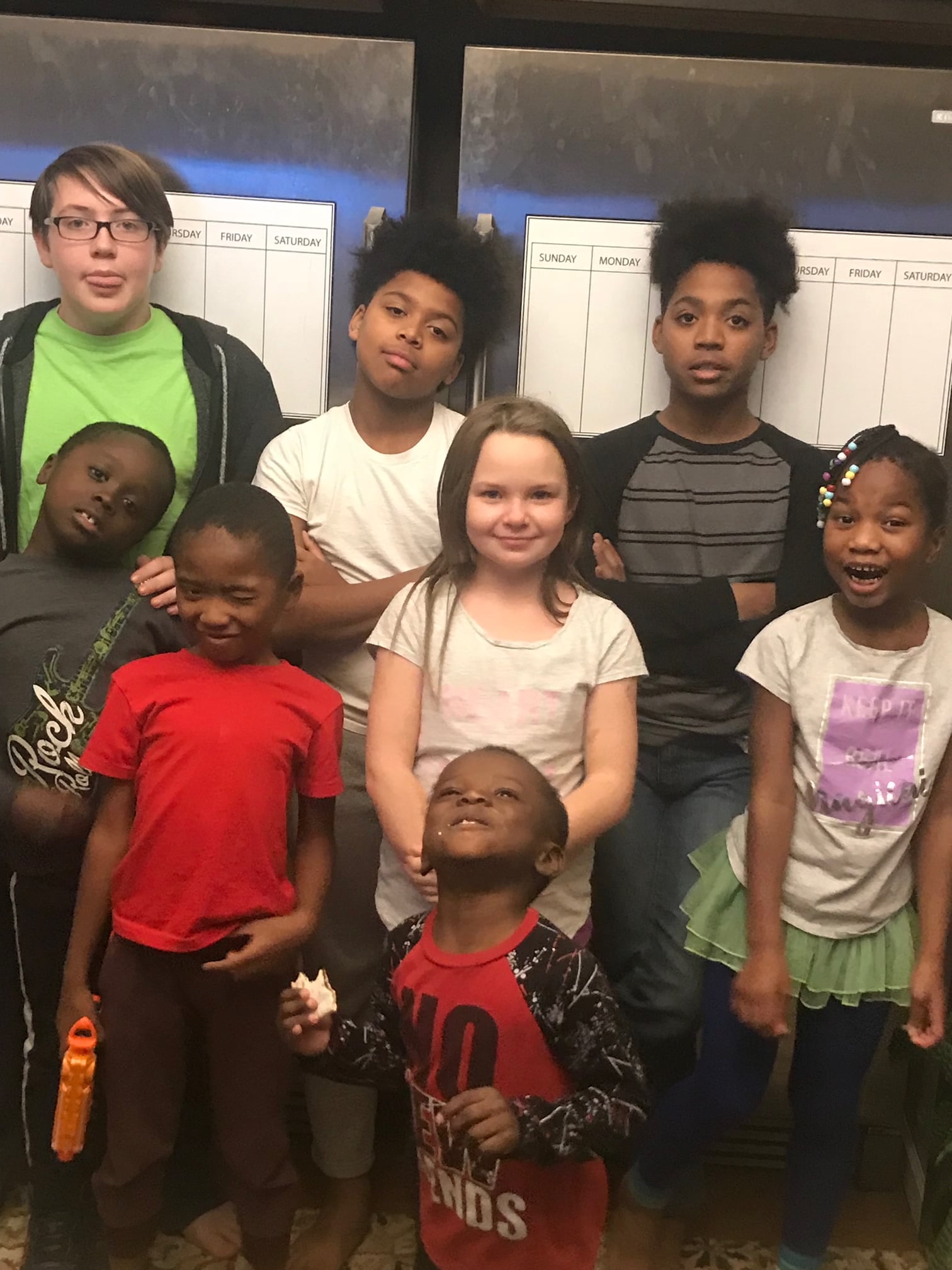