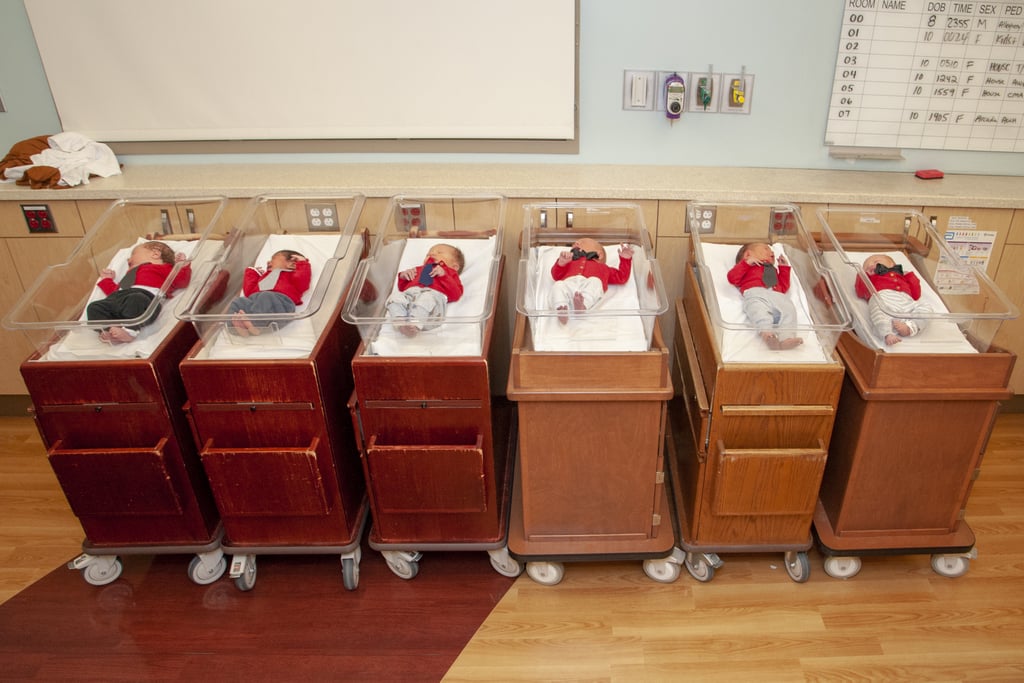 These Newborn Babies Dressed as Mister Rogers For Cardigan Day, and I Can't Handle It

A few lucky newborn babies in Pittsburgh might not be aware that being dressed as Mister Rogers is a heart-melting sight, but they're bringing all of us joy at just a day or two old. The staff at West Penn Hospital dressed a group of newborns in ties, bow ties, and red cardigans in honor of Cardigan Day and World Kindness Day on Nov. 13 — two things that describe the late beloved icon perfectly. The photos are beyond precious, and seeing teeny-tiny humans dressed in button-up sweaters and pants is just too much.

West Penn is the same hospital that previously dressed newborns in Wizard of Oz costumes in honor of the movie's 80th anniversary in August, so clearly they have creativity down pat. Nonprofit organization Allegheny Health Network shared the sweet Mister Rogers photos on Facebook and wrote, "It's a beautiful day in the AHN neighborhood! These #AHNBabies may be new to this neighborhood but they're already honoring everyone's favorite neighbor on #CardiganDay." See more of these day-brightening photos ahead!