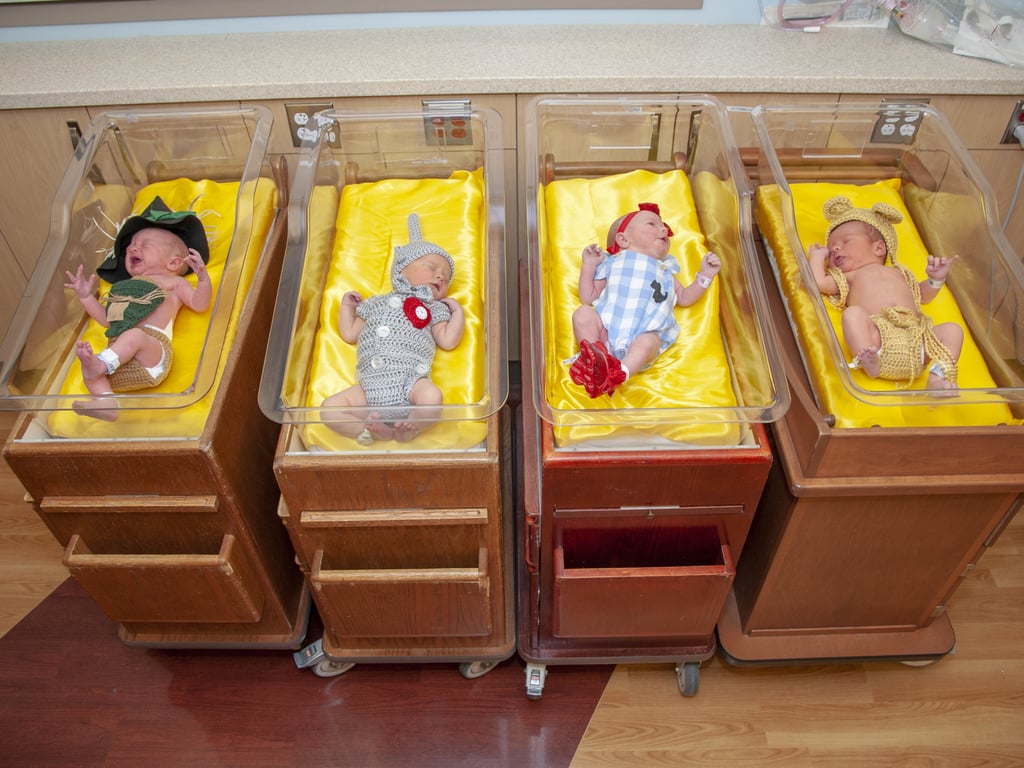 Somewhere over the rainbow — in Pittsburgh, to be more exact — a group of newborns are going viral for wearing adorable Wizard of Oz costumes before heading home from the hospital. To honor the classic movie's upcoming 80th anniversary, employees at West Penn Hospital dressed four babies in teeny-tiny outfits inspired by different characters from the film, including Dorothy Gale (shiny red slippers included!), the Cowardly Lion, the Scarecrow, and the Tin Man. The newborns posed in their costumes atop beds covered in satiny yellow sheets as a nod to the Yellow Brick Road Dorothy skips down to get to Emerald City. How precious!

While sharing photos of the babies on Facebook, West Penn Hospital captioned the post, "The movie may turn 80 on Sunday, but it remains a classic, and for our newborns and their families, there's no place like home!" The pictures have since gone viral, garnering dozens of comments from Facebook users whose hearts have practically melted into a puddle on the floor over them. Ahead, see all the adorable bundles of joy looking Halloween ready in their Wizard of Oz-themed costumes. It's pretty darn hard to pick a favorite!

Related:
OMG, Your Heart's About to Melt Over These NICU Babies' Halloween Costumes
Previous Next Start Slideshow
BabiesNewbornThe Wizard Of Oz