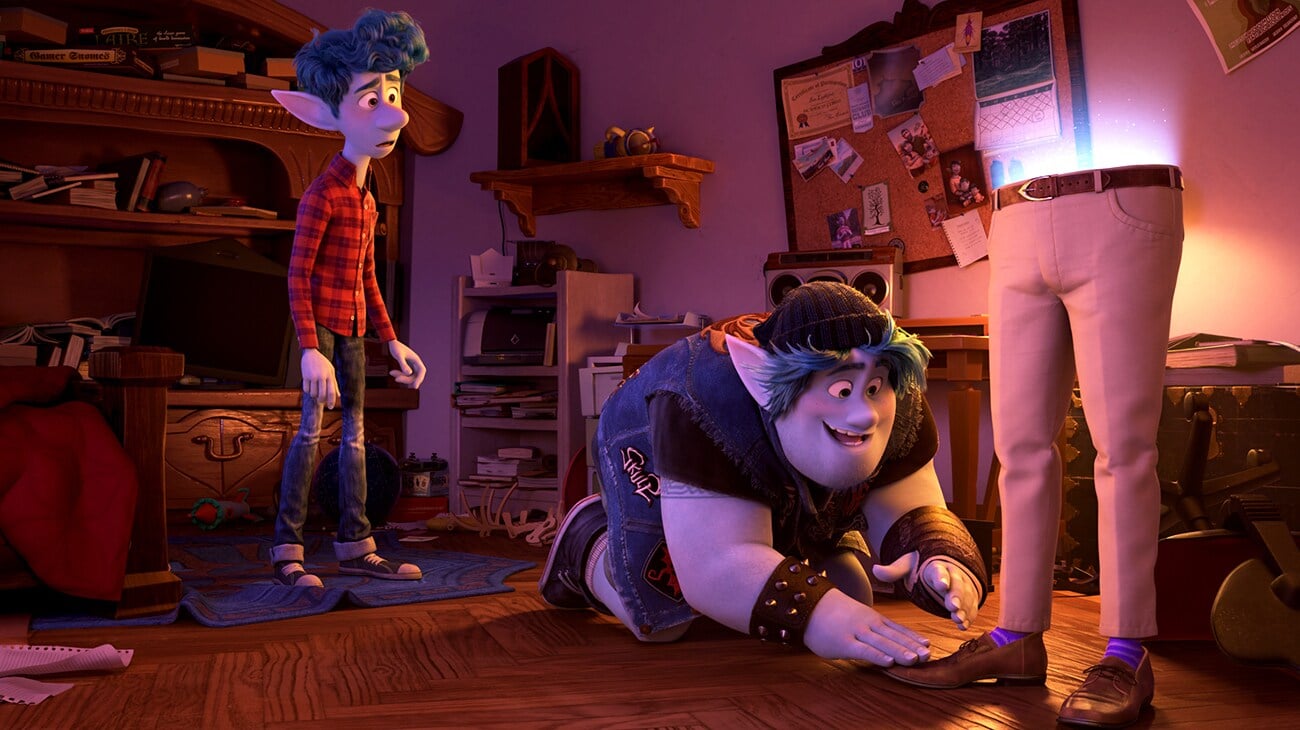 Although it's been available to buy and rent digitally since late March, Pixar's Onward is finally on Disney+! It's the perfect movie for the entire family — parents, kids, and teens alike — as it's full of funny moments, powerful lessons, beautiful animation, and, of course, Disney/Pixar magic. However, the bottom line is that it's a film about a dangerous quest taken on by two teenage boys, Ian and Barley Lightfoot, who are trying to conjure their late dad, Wilden, through magic; so we're here to give you a few heads ups before you click play.

Keep reading for everything you should know before watching Onward during family movie night with younger or especially sensitive kids; but don't be discouraged from watching if you think they can handle it — this movie is totally adorable and about to become a family favorite, for sure!

Related:
The 4 Things to Know Before Watching Frozen 2 on Disney+ With Your Kids

Things Parents Should Know Before They Watch Onward With Their Kids

TL;DR: Onward has its share of scary, thrilling, and emotional moments (I sobbed over the ending, but I'm also a Pisces, so that checks out), but it's a completely feel-good movie and 100-percent worth the watch — your whole family is going to love it!