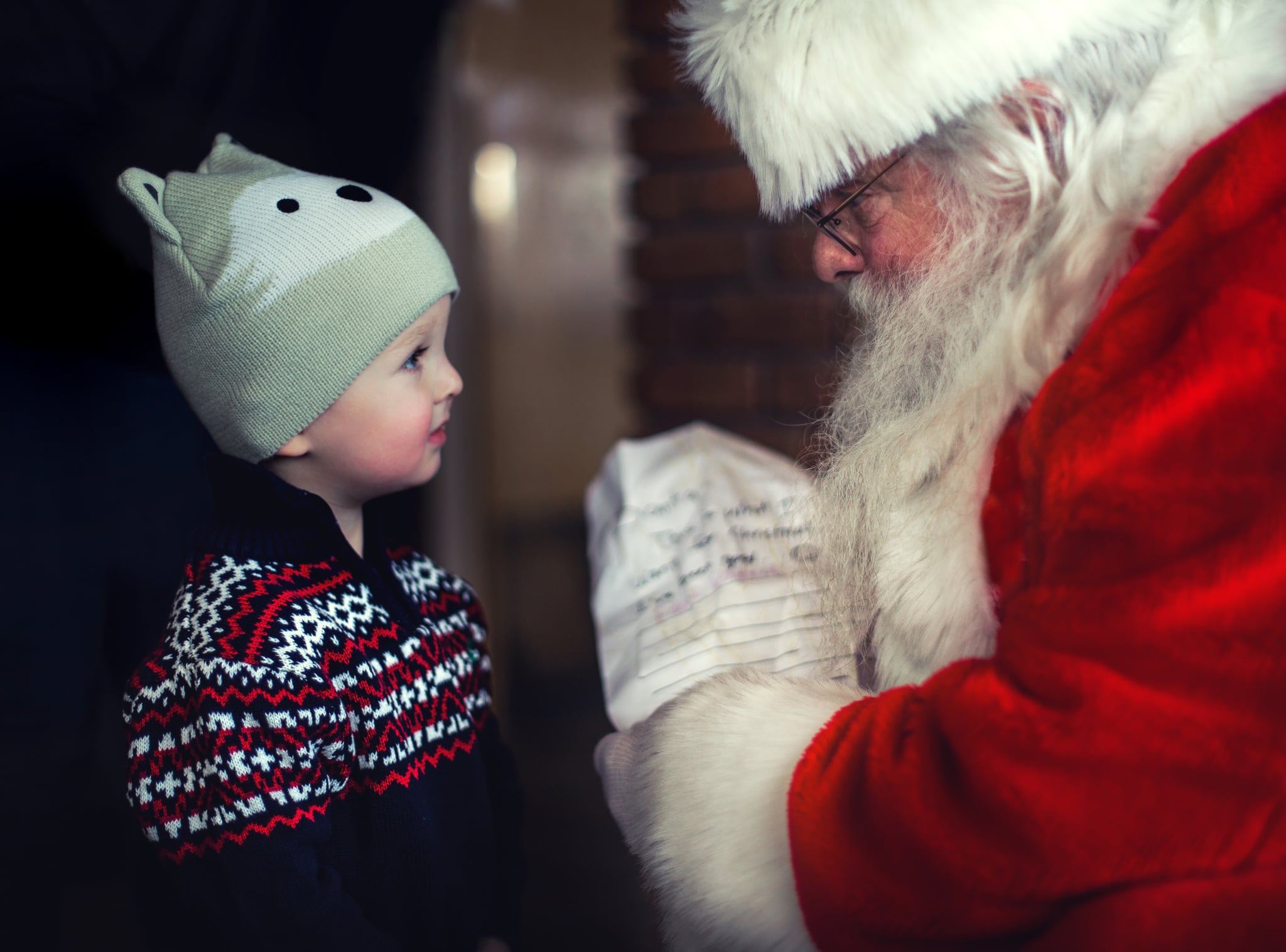 As the oldest of three kids, I believed in Santa Claus and the Tooth Fairy longer than some of my childhood friends. But around the age of 8, I began to get suspicious as to how an impeccably rotund man could manage to squeeze his behind down the chimney with presents in hand. (Seriously, there's no way I was buying that a Barbie Jeep could make it down in one piece!). Like the true cynic I am, one Christmas, I decided to stake out the tree to see if Santa really was the one delivering gifts. I was also nervous to approach my parents about their well-meaning deceit without a solid eyewitness testimony, so I waited in the shadows like a creep. And spoiler alert: my mom and dad were the ones scurrying around putting our presents under the tree.

Refusing to accept anything less than the truth, I worked up the courage to approach my dad about Santa. As a no-nonsense person, I knew he was more likely to come clean about what really happens during the holidays as opposed to my mom, who still writes gift tags that say "Love, Santa" on them despite the fact I'm 27 years old. I waited until we were driving home from soccer practice one evening in January to state my case. Even back then, I knew better than to question Santa's validity in front of my younger siblings.

Related:
Psychologists Confirm People Who Decorate For Christmas Early Are Happier, So Now You Have Justification

After providing my super hard-hitting evidence (or, at least, that's what I thought at the time), I waited for a boiler plate response along the lines of, "You're not going to get any presents if you don't believe." But to my surprise, my father had a completely different reaction. Rather than spinning a well-intended white lie, he turned around, looked at me dead in the eye, and said: "Fine, I admit it. Santa isn't real, but don't ruin it for your sister and brother."

We continued to talk about Christmas and what Santa represents: kindness and joy in the human form. Santa, my father explained, is someone who loves to give more than what he receives, which is really what the holiday is all about. That made sense, and true to my word, I never broke the news to my younger siblings. While I was certainly at the age where kids start to question whether or not Santa is real, this was my first true "grown-up" conversation I had ever had. Looking back, I was thrilled to be spoken to like an adult and actually trusted with what I thought was top secret information. It made me feel important and mature.

Though I think kids should believe in Santa for as long as logically possible, it's worth considering giving your older children the 411 if they approach you about it. And confirming that Santa wasn't real didn't ruin the holiday for me whatsoever. In fact, it made me realize that Christmas is a heck of a lot deeper than scoring a few new Barbies and Spice Girls memorabilia. (What a time to be alive!) Now, I reflect on the conversation I had with my father fondly, and not to worry, my holiday decorations go up on Nov. 1 every year, whether Santa is real or not.