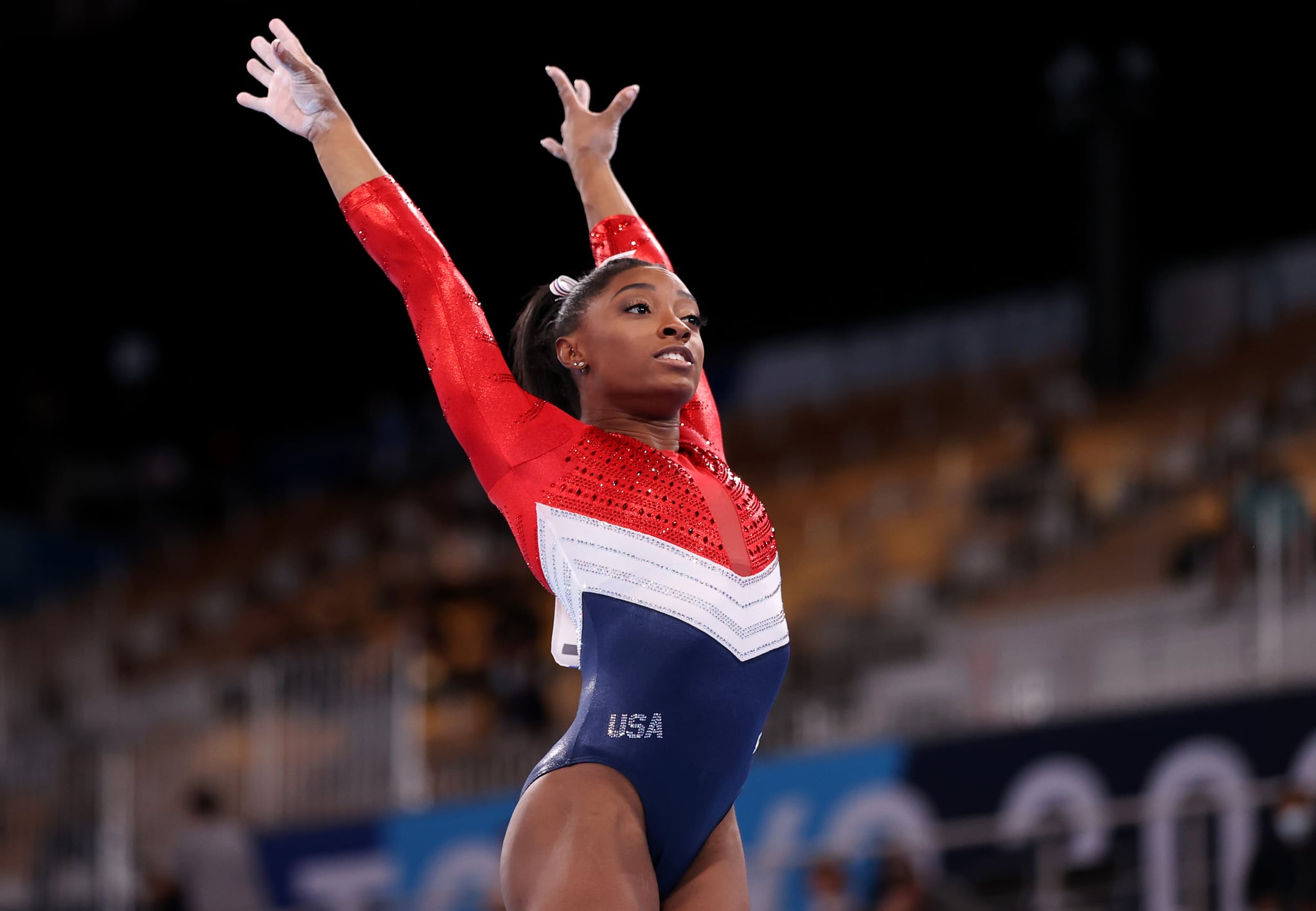 Nearly everyone has an opinion about Simone Biles — widely known as the single greatest gymnast in the world — after her decision to drop out of the team and all-around competitions at the Tokyo Olympics this week to focus, in her words, on her mental health.

While many are praising Simone, just as they have with Naomi Osaka, a professional tennis player who recently withdrew from the French Open, for prioritizing her well-being, some have questioned her mental fortitude and criticized such a decorated Olympian for being unable to perform at the highest level.

As a parent, I'm having a hard time coming up with any other response than: if she's saying she can't do it, let's just listen to her.

This idea came to a head when the internet began drawing comparisons between Simone and former Olympic gymnast Kerri Strug. A memory from a few years ago rushed forward in my mind in which I was perched at the edge of my living-room couch and projecting a grainy YouTube video onto the TV for my then-toddler daughter, who was about to begin her first mommy-and-me gymnastics class.

Just for fun, I had shown her a handful of videos of famous gymnasts, and the montage happened to culminate with the replaying of Kerri's famous vault victory at the 1996 Atlanta Olympics. We both watched quietly. After Kerri's first attempt, I audibly sighed at her awkward landing. My daughter looked at me, confused, and I only had enough time to say that she'd just injured her ankle "very badly" before the video cut to Kerri sprinting toward her second vault attempt. I held my daughter's hand as we both watched her stick the landing, this time precariously on one foot. Kerri collapsed in pain and had to scoot her body off the mat, while fans in the arena erupted in cheers, and I too was jumping up and down with my daughter in celebration of this defining moment.

I'm not underselling Kerri's historic achievement, nor her determination to play through the pain and win. Just as we shouldn't undersell Simone for knowing her limits and accepting them.

Last night, I rewatched the very same video of Kerri that I had shown my daughter. Only this time, I didn't let myself get caught up in the celebration. Instead I saw the pain in Kerri's eyes after that first jump. I saw the fear in them after she made history but couldn't even stand.

And I don't know how I missed it before, but when I watched her broken body being carried off the gym floor by her smiling coach, Bela Karolyi, I saw the way his hand discreetly nudged her limp arm up into a dutiful wave to fans — like a lifeless puppet put on display. Like it was her body, but she had no control over it.

I then read that Kerri's performance wasn't even necessary to clinch the first-ever Olympic gold medal for the American gymnastics team — the US had a solid lead. I discovered how she told her coach after the initial jump that she couldn't feel her leg and asked if she had to go again. His response was to "shake it out" and "you can do it." I learned how the injury forced Kerri into early retirement at 18 years old, and that similar stories were pervasive at that time. (In a recent tweet from Dominique Moceanu, who was a 14-year-old Team USA gymnast that same Olympics and suffered a tibial stress fracture before returning to the floor minutes later, she wrote that she never felt she had "a say" in her own health as an Olympian.) But mostly, I scanned countless articles praising Kerri's monumental victory with phrases like "pain is temporary, but pride is forever."

When I first showed that video of Kerri to my daughter, neither one of us knew to ask the questions that I am asking now. Should Kerri have jumped again? Did she actually want to? Was the gold medal worth all the rest? 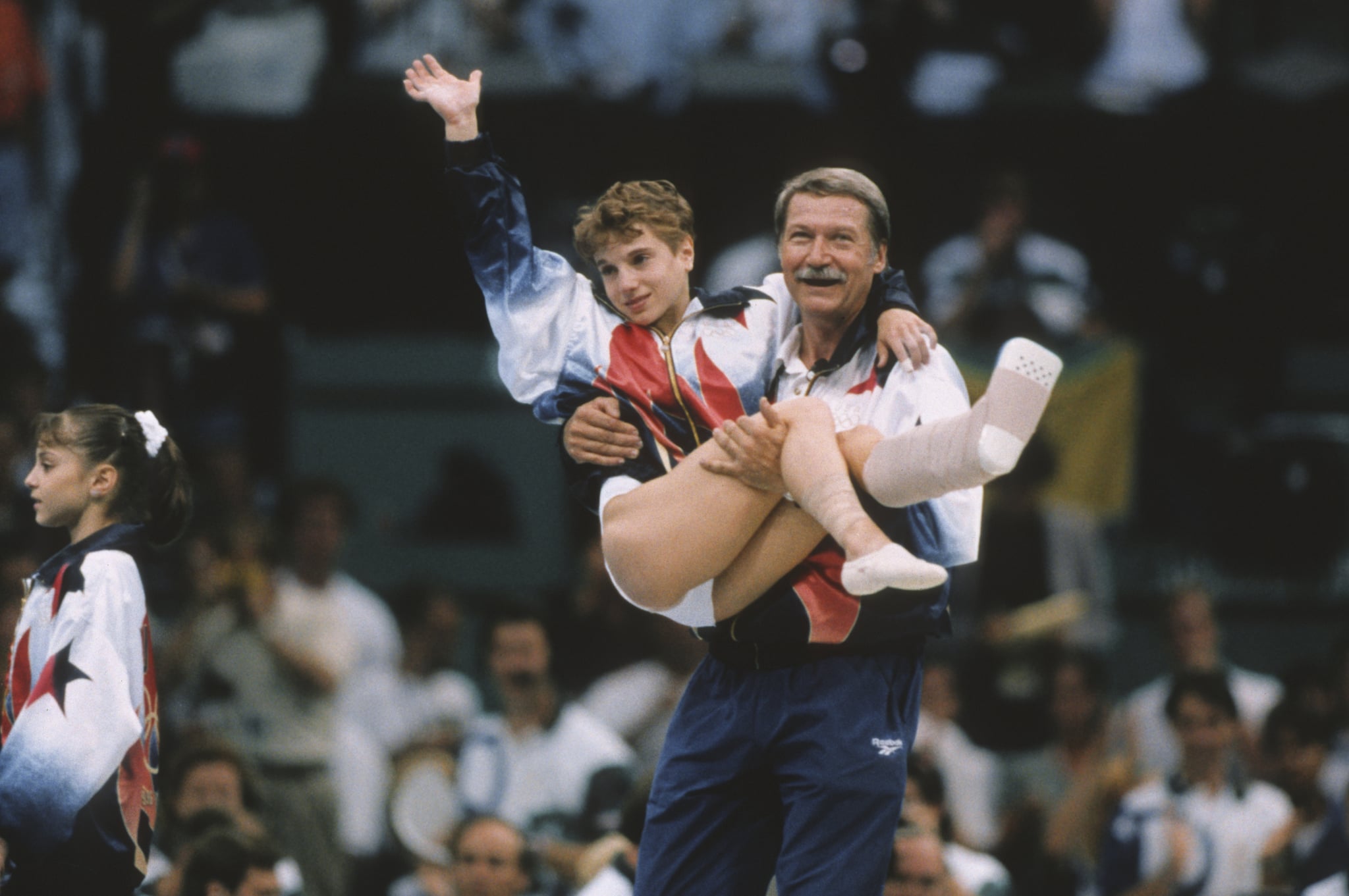 I'm not asking these questions to undersell Kerri's historic achievement, nor her determination to play through the pain and win — just as we shouldn't undersell Simone for knowing her limits and accepting them on a global stage. They are both iconic athletes, and they should both be celebrated.

But what I do hope to teach my children is that this decision — to push forward or to step back — should ultimately be theirs to make.

Sometimes it might be the right thing for them to push past the injury or the anxiety or the pressure and then keep going. Sometimes that's how they'll achieve greatness, how they'll discover what they can truly do. But sometimes, they have to listen to that voice inside their heads that's saying, "This is too much."

We — as parents, as coaches, and as fans — just need to be sure we're listening, too. I never want to replay a video of my child 25 years later and wonder, horrified, if I'd heard it all wrong.