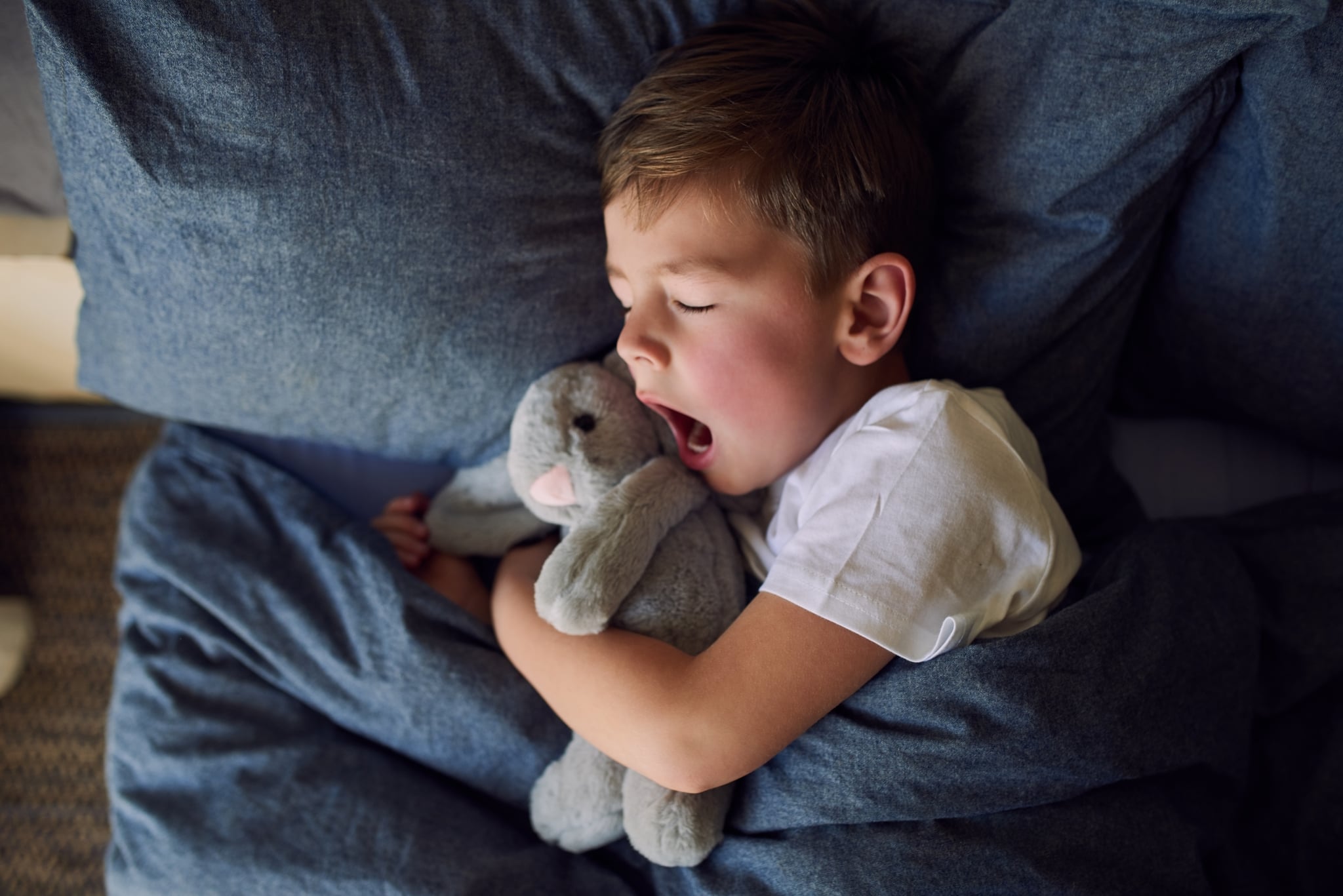 If you ask almost any parent what bedtime looks like in their home, they might say something about the dozens of times their kid gets out of bed to ask for a glass of water. Or, they'll complain about reading too many bedtime stories. I get it. I, too, have been the victim of a seven-year-old's adorable manipulations. But there came a time when I realized I could compromise without totally losing my mind, all while appeasing my son's anxiety about sticking to our family rituals.

My son is a creature of habit. He might enjoy playing unpredictable video games as much as the next elementary school kid who acts like a preteen, but he has always thrived on his routines. If there's a surprise or a shift in the matrix of our daily activities, he feels just a little taken back. Usually, I can remind him to take some deep breaths and find his "inner calm." When it comes to bedtime, though, he tends to lean on the habits we have developed as a family. It's our thing. The older he gets, the more lax he becomes, even if he keeps adding things to the list of bedtime routine must-dos. Still, you'd better believe I know it won't last forever.

I don't subscribe to the idea of doing away with bedtime stories or certain bedtime activities just because my kid is getting a little older. Someday he will no longer squeeze himself in bed next to my husband and I in the middle of the night and when that day comes, I'll know he no longer needs me at his bed every evening before lights are out. Until then, I have no problem giving in to what makes him comfortable during his bedtime routine. Because that's just it — it's not about giving in to the demands of your kid or failing to teach them to fall asleep on their own without sneaking out of bed at least once to get another "tuck-in."

Related:
I Started Using This Simple Trick During My Kids' Bedtime, and It's Saved Us HOURS Each Week

When it comes down to it, adhering to my kid's preference in a bedtime routine is about making him comfortable in every sense of the word. Put yourself in your kid's shoes and think about how you would feel if you couldn't scroll through TikTok for an hour in bed before you turned in for the night. Or if you were no longer able to indulge in your before bed skincare routine.

We all have ways to help us unwind at the end of the day and your kid's bedtime routine, however frivolous it might seem and however hard you want to roll your eyes, it's theirs to have. Side note — I am not averse to eye-rolling myself. I just get called out for it by my kid these days, so there's that.

But what, you ask, is my son's much-needed bedtime routine that has seemed to get more intricate and necessary for him?

First, we do the typical things like brushing teeth and getting pajamas on. That's the easy part. Afterward, he needs to know how his stuffed animals behaved while he was at school. My husband or I make up some scenario wherein a stuffed animal acted out even though we all know it's a running gag. My kid still plays along and seems to get a kick out of it. Who am I to judge?

Then, we read a couple of chapters of the latest bedtime book together. After that, my son usually insists on each of us taking turns with his dream catcher that hangs precariously from the edge of his headboard. We each hold the dream catcher to our chests and give our "energy" so he can have good dreams as opposed to the sometimes vivid bad ones he describes.

Once my husband and I make it to the doorway we say the same goodnight spiel every evening. We let him know the hall light is on and that we'll be in the living room and his younger sister is also fast asleep upstairs. It has become a mantra, or a chant, to somehow trick him into lulling to sleep.

Related:
7 Tips to Get Your Kid Into a Solid Bedtime Routine 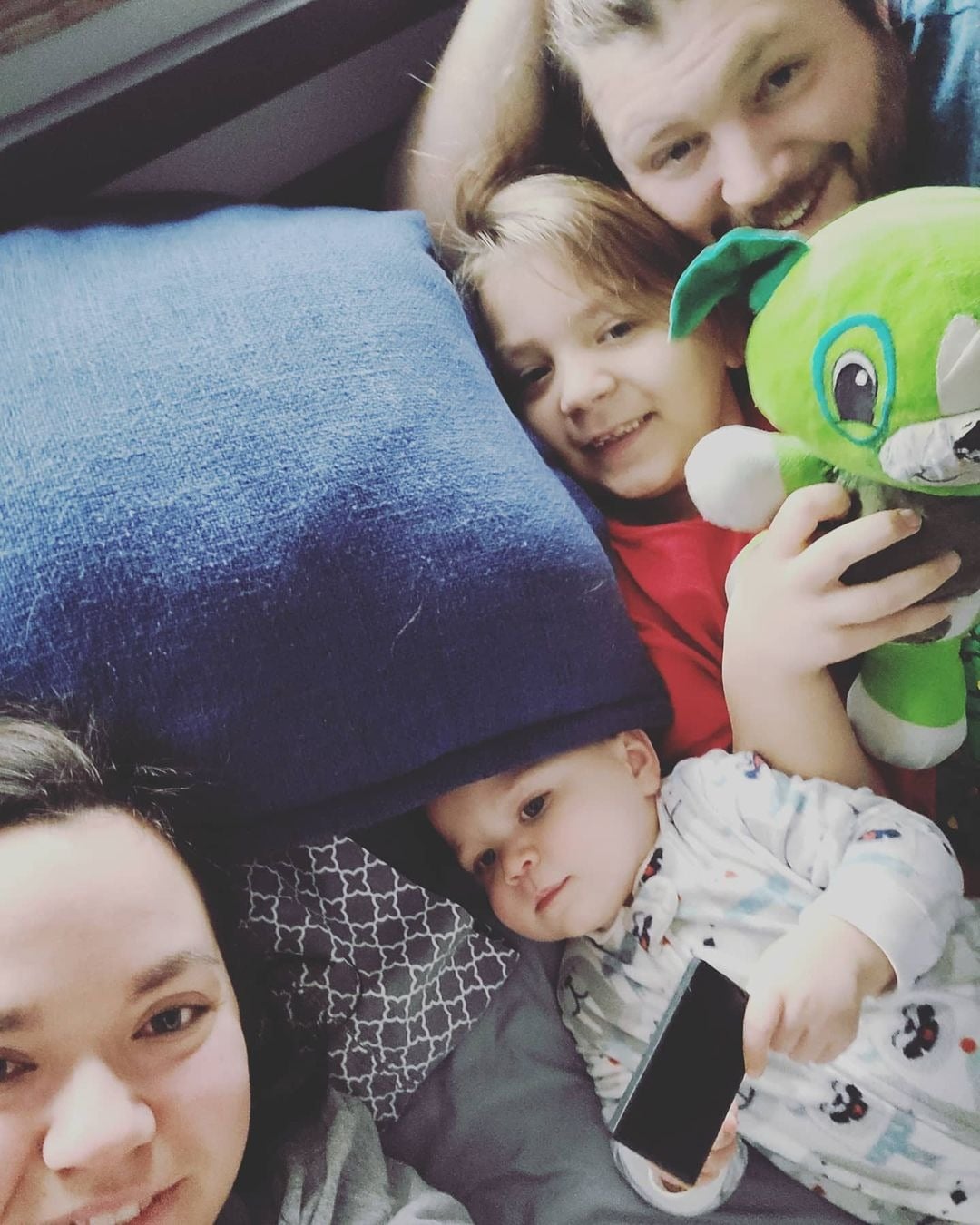 Does it work every time? Not necessarily. Does he still appear in the living room doorway five nights out of seven to ask one of us to tuck him in again, even though if he hadn't crept out of bed he wouldn't need to be tucked in again at all? Of course. But we're parents. We all know the neediness that comes with younger kids.

I know, it sounds like a lot. And some nights, ahead of bedtime, my husband and I speak with our son about skipping one portion or keeping a part of it a little shorter. Most of the time, he acquiesces. And it's those times that I know, someday he won't want to know how his stuffed animals behaved while he was at school (which we both silently know he doesn't believe anyway).

Someday, he'll choose playing Fortnite for an extra half hour over reading a bedtime story together. And, at some point, his door will remain closed from the time dinner is over until the following morning. Until then, I'll give in to an extra "tuck-in." I'll kiss his dream catcher to give it extra "energy." And I'll concede to another glass of water if he needs it as badly as he says.

But, rest assured, I won't say no to investing in some rubber sheets.