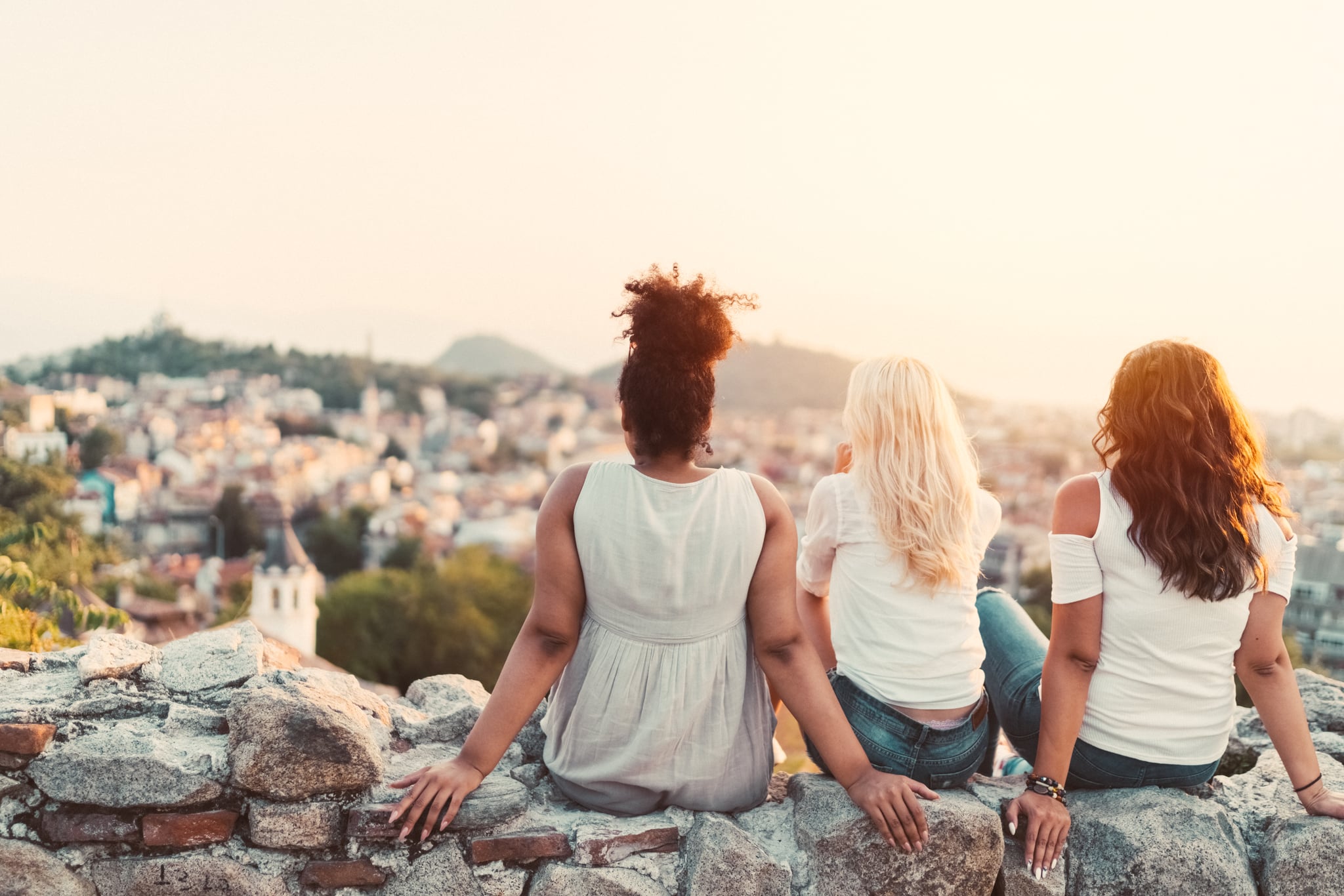 Growing up, I was the oldest sibling in our family of five. I had two younger brothers — one three years younger and the other nine years younger. Yes, there was a big age difference but we were always tight. And we still are today. But truth be told, I always wished I had a sister. Not that having brothers wasn't the best thing in the world, but I longed to have those up-all-night girly conversations as we braided each other's hair. Instead I got booger-flicking, soda-belching brothers. We're totally grown up now (for the most part), and those little brothers aren't so little anymore. In fact, both of them are married to extraordinary women. So, maybe I did get my wish for sisters after all.

The first to come into the picture was Nikki, who is now married to my youngest brother, Gabe. I remember when he gave us the talk: "Look, I'm bringing a girl home. Not just any girl. I really like her, and I want you all to be nice and on your best behavior," he said. He was nervous, so it had to be serious. I'd never seen him act like this before. And truth be told, it wasn't the first girl he's ever brought home. One look at Nikki though and I could tell she was different. When I first met her, I couldn't believe the similarities between the two. They both loved the same movies, pop culture references, theme parks, and food. But the best part was that I could tell Nikki really, and truly, cared for my brother. I remember thinking, "Man, Gabe, don't screw this up because I really like her." They eventually married and now have a daughter, finally making me an auntie. And, I couldn't have asked for a better sister-in-law. She's funny, down to earth, and smart. I really enjoy talking to her and feel like I could confide in her if needed. Perhaps she'll let me braid her hair one day.

Related:
20 Things Only Sisters Who Are Also Best Friends Understand

The second one to the family was Nora, now married to my middle brother, David. I want to preface this with the fact David is smart — like really smart. The kind of kid who graduated with over a 4.0 plus honors, had his pick of colleges, then went on to law school and passed his bar exam with flying colors. He reads books by the dozens and can keep up in any conversation whether it be political, economical, or cultural. So, I knew that whomever he settled down with had to be able to match his intellect. Nora was the one to do it. She might even be smarter than him. Hey, someone has to put him in his place!

Not only is she whip smart but she's one of the most compassionate women to ever grace our household. She too came to dinner one night, so that we could all meet her. She was the tiniest thing at just 5'2", but her heart was biggest thing about her. With each visit, I liked her more and more. I enjoy her company, and she shows a genuine love for my brother that he deserves, and he gives the same back to her. Plus, she truly loves my children as if they were her own. Someday they'll make great parents, if they choose to be. She is what I always imagined a sister to be — honest, loving, and warm.

Now those of you who might have a blood sister may think that my view of female siblings may be from watching one too many Hallmark movies, but I don't care. It's just what I've always imagined. And you know what? I'm happy with what the universe gave me — two kind souls who put up with my brothers and bring a little extra life into our family. Isn't that what sisterhood is all about?