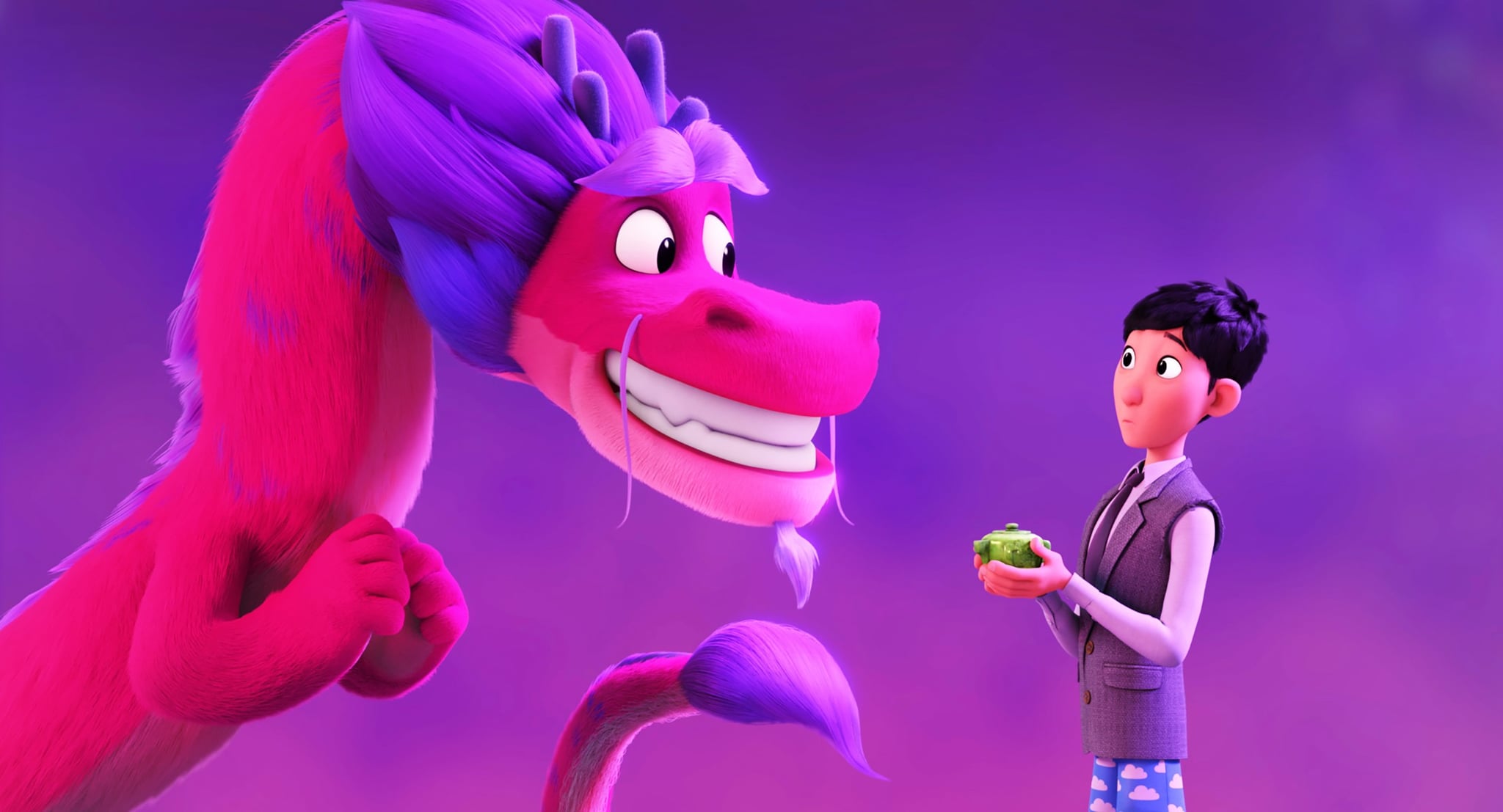 Netflix's newest animated movie for kids, Wish Dragon, is a fun and sweet film filled with silly moments that will make the whole family giggle. The story, which is based on the same Chinese fable about a wish-granting spirit that inspired the story of Aladdin, is about 19-year-old Din (Jimmy Wong), who is given an old teapot that contains a Wish Dragon named Long (John Cho) with the power to grant three wishes to whoever releases him from the teapot. As Din carefully decides how to use his three wishes to reconnect with his childhood best friend, Li Na (Natasha Liu Bordizzo), he and Long face several harrowing obstacles along the way.

Wish Dragon is guaranteed fun for the whole family, but if you're watching with your younger or more sensitive kiddos, there are a few things you may want to know going in. Read ahead to see what we've highlighted, and watch a clip from the movie here to get a feel for its silliness!