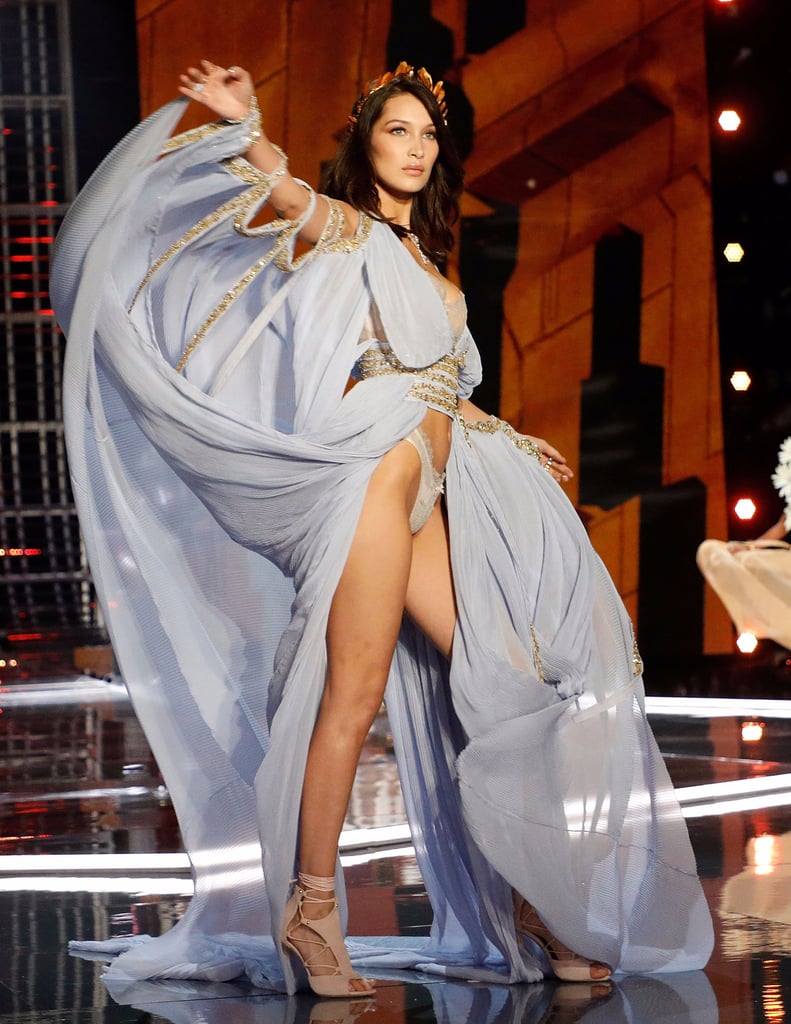 Though Gigi Hadid couldn't make it to the Victoria's Secret Fashion Show, Bella Hadid held it down. The model walked in two very different, although extremely sexy looks. Her first ensemble was a black bra and lace panty set. Bella wore a pair of white and blue wings and accessorized with matching gloves and boots.

While she resembles an ice queen in this particular outfit, her second one was reminiscent of a grecian goddess. The model struck several poses in a breezy baby blue dress with gold details that of course barely had any material, so it revealed her undergarments.

As the show concluded, Bella showed off her dance moves with the rest of the Angel squad and accidentally freed the nip in her bralette. She paid no mind though (as you can tell in the photos ahead) because obviously sh*t happens. If she still seemed confident on the runway, it was because this was her second time walking in the show, and she nailed it yet again.