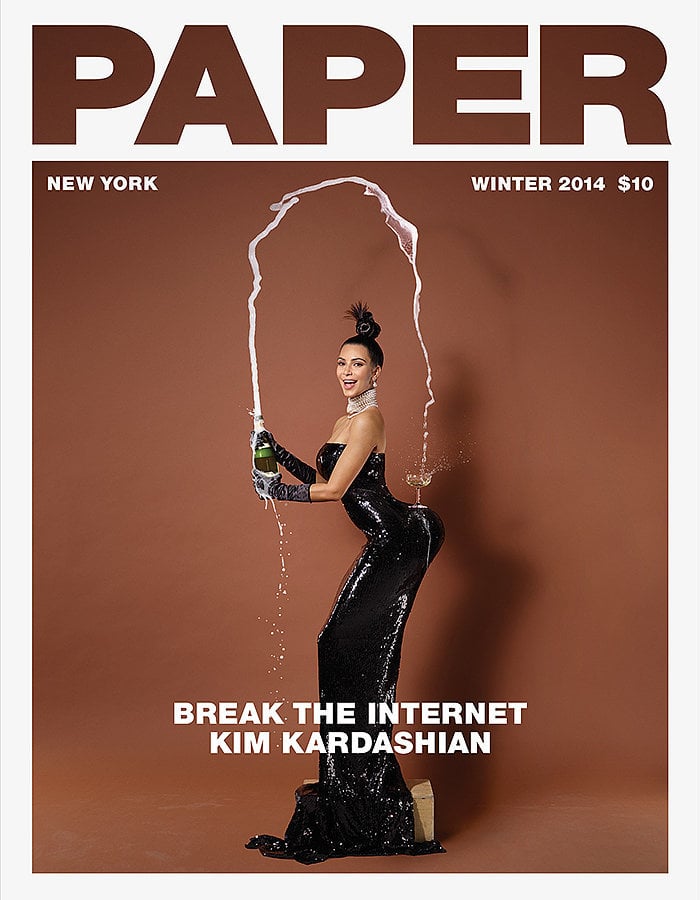 Kim Kardashian Konfirms It: 2014 Is the Year of the Booty

Sure, we were shocked to see Kim Kardashian's bare booty on the cover of Paper magazine's Winter issue, a stunt pulled in an attempt to break the Internet. But we were less surprised, even delighted, to see the star's re-creation of photographer Jean-Paul Goude's "Champagne Incident" — a balancing act involving a protruding behind and a coupe. Why? Well, to put it simply, we've had our eyes on some very famous butts all year long.

But even before that, we were amazed by Pippa Middleton's own asset, which got a lot of buzz after she sported a body-hugging Alexander McQueen gown at the royal wedding in 2011. So we're sure Kim felt honored when Pippa voiced her opinion to The Spectator: "No year is complete without a bottom story, and the 'Rear of 2014' award undoubtedly goes to Kim Kardashian, after her posterior exploded all over the internet last month. I must say that mine — though it has enjoyed fleeting fame — is not comparable."

From red carpets to magazine covers and memorable Instagram moments, 2014 has been a whole year of bum-flaunting fashion looks, and we're not ashamed to admit that we like it. After all, it's nothing if not inspiring to see the stars showing off their curves. So while Kim may have spearheaded the new booty movement, we've rounded up plenty of photos that prove many stars are also flaunting what they've got. Keep reading to see the NSFW shots from Paper and the rest of 2014's best bootylicious moments.