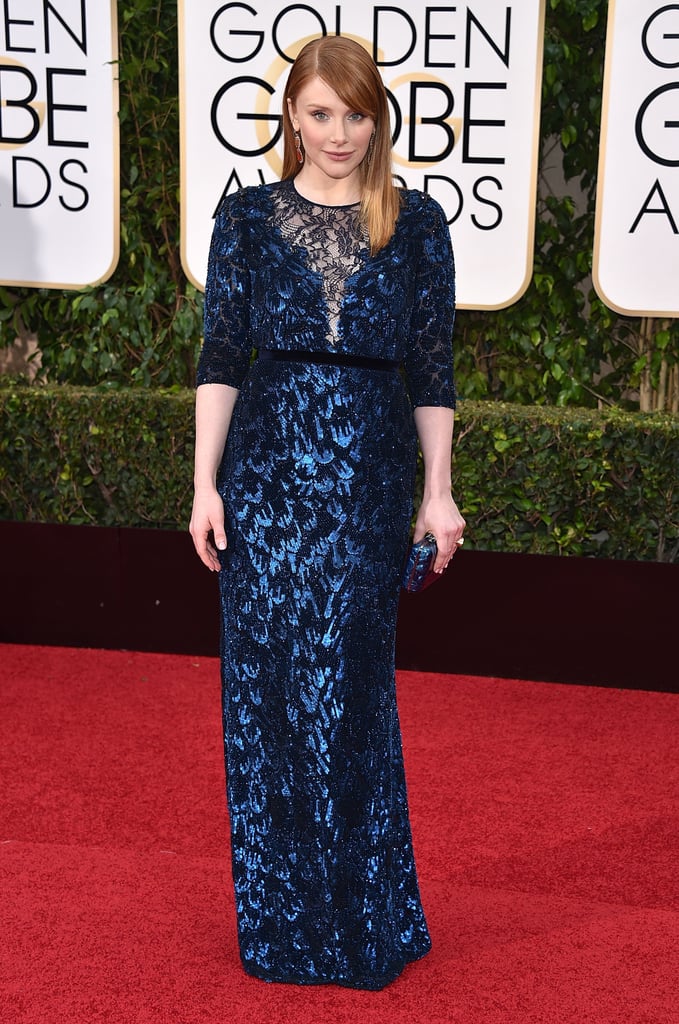 This Actress Bought Her Golden Globes Dress at Neiman, and Now She's Auctioning It Off For Charity

Bryce Dallas Howard garnered a lot of attention at the Golden Globes when she told E's Giuliana Rancic that she bought her own Jenny Packham gown. "I just picked it up at Neiman's this week," Bryce said during a red carpet interview. "I like having lots of options for a size six, as opposed to . . . just one option. So I always go to department stores!" Now, the dress has everyone buzzing again thanks to Bryce's latest move: putting it up for auction.

The shimmering blue Georgette gown is now listed on Charitybuzz, with proceeds from the sale going to the Halo Project. The current bid of $1,000 was placed by Neiman Marcus, the same place where Bryce originally found the stunning design. While we can guess that the dress will go for well above its original $4,800 price tag, if you want to get in on the action, be sure to get your bid in before the auction closes on Jan. 27!