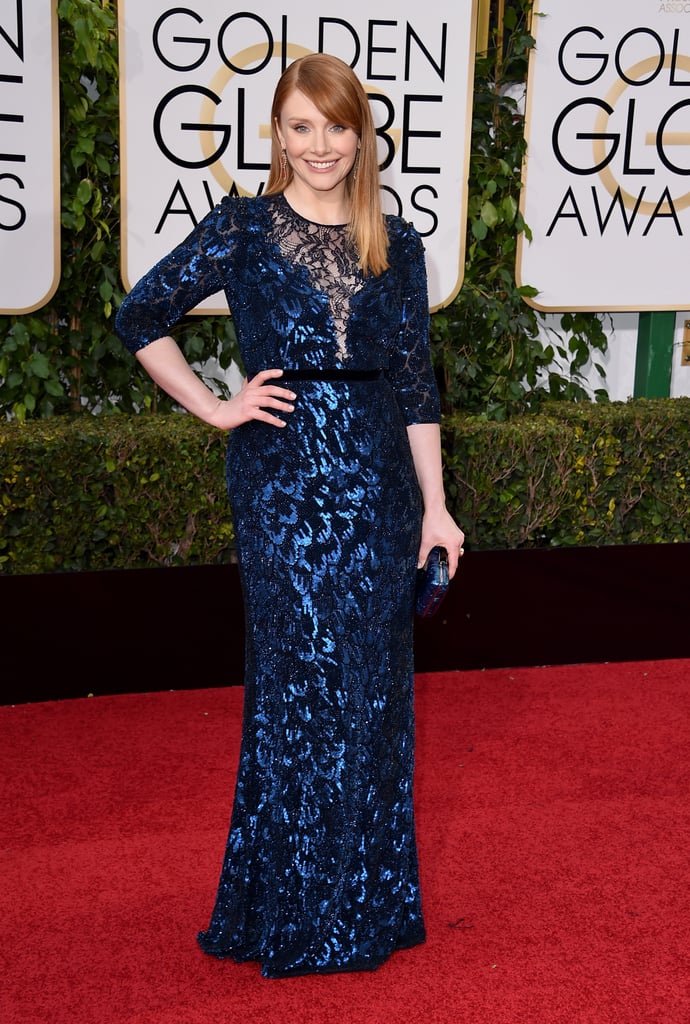 This Actress Bought Her Own Golden Globes Dress . . . at a Department Store

Bryce Dallas Howard, woman of the people! The Jurassic World star opened up about her red carpet look during a pre-Golden Globes conversation with E!'s Giuliana Rancic. Bryce revealed that she, in contrast to the many, many actresses who borrow their award show gowns, actually bought her own dress — and did so at a department store!

"I just picked it up at Neiman's this week," Bryce said of the Jenny Packham dress. "I like having lots of options for a size six, as opposed to . . . just one option. So I always go to department stores!" Giuliana offered a knowing nod, as did we!