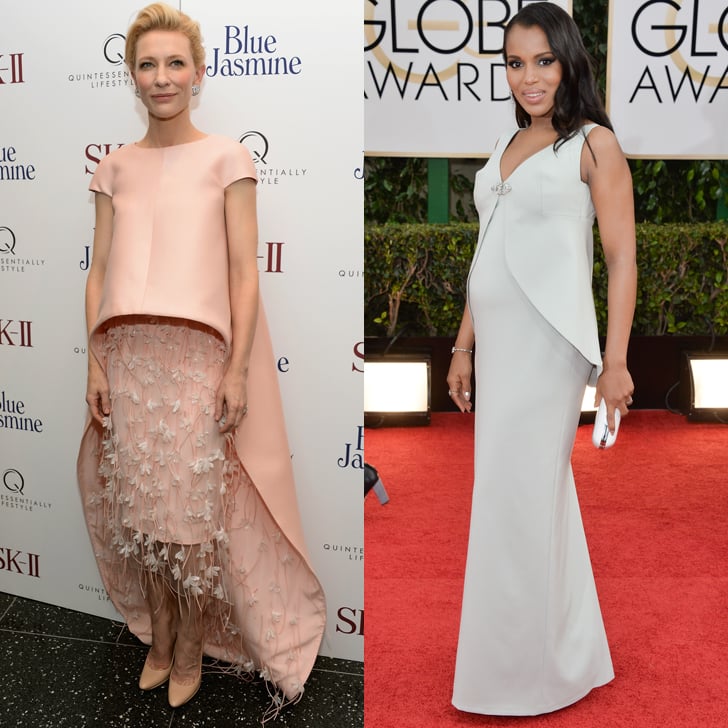 Cristóbal Balenciaga would have turned 119 years old today — and we imagine that if the legendary designer were still with us, he'd have complete and total confidence in the man who's now responsible the Balenciaga brand, Alexander Wang.

Wang took over the brand when Nicolas Ghesquière, who'd been Balenciaga's creative director for over 15 years, stepped down from the role in November 2012. Less than a month later, Balenciaga announced that Wang's first show for the brand would take place in time for Fall 2013. The collection he delivered was an impeccably chic black-and-white offering that nodded to the house's iconic history and got rave reviews from many critics.

It also got good ratings from many of the women who wear it. Everyone from Carey Mulligan to Kerry Washington has been spotted in Wang's wares for Balenciaga, taking them all over the world for red carpets and everyday outings alike. Take a look at the well-heeled women who've worn the brand since Wang took over below.