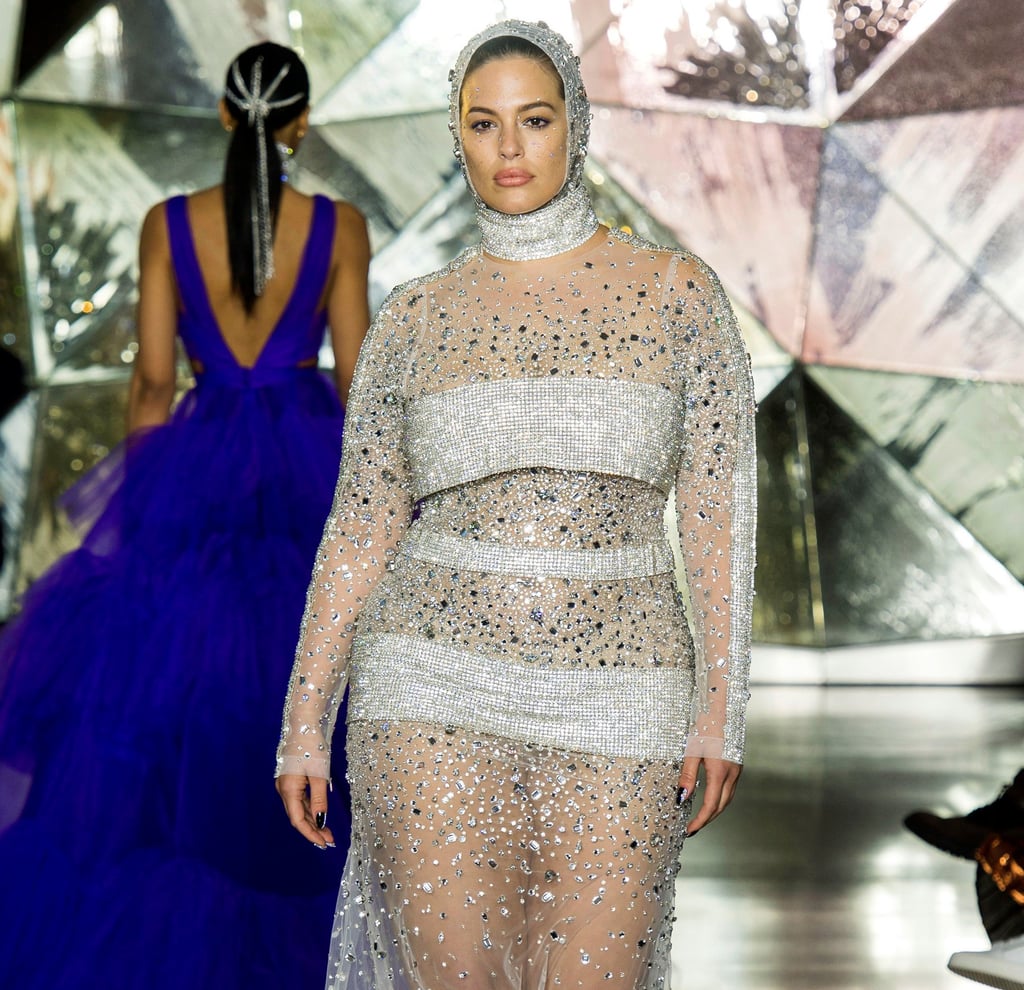 Christian Siriano invited his guests to the top of Rockefeller Plaza for a trip to outer space. We landed on a planet in the future, where every woman lives equally in her own space suit. But Siriano's version doesn't look like astronaut gear. Cropped puffers met midi skirts and jacquard blazers were paired with trousers in liquid silver. There were white and black colorblock dresses that might've appealed to Cruella de Vil's spunkier, friendlier cousin.

The crowd cried out when the sheer teacup gowns went down the runway on a diverse group of models — and how lovely it was to see all these expertly tailored fabrics draped elegantly over curves. It wasn't until the end of the show when deep purple and teal, a color that is quickly becoming the new shade of the season, made a splash. Siriano's runway ended with voluminous tulle creations and, finally, Ashley Graham outfitted in a sheer, bedazzled crystal gown that summoned shrieks — yes, shrieks! — from the front row.

People get excited for Christian's show to take in a model lineup that is diverse and size inclusive. In no season was that more apparent than this one, where fans and followers of the brand are likely still waiting in the hallways of 30 Rock, eager to catch a glimpse of what fashion can look like in the future — and on this planet, not an imaginary one — when other designers finally take a tip from Christian Siriano.

Fashion News
It's Official — Paris, Milan, and London Fashion Week Are All Going Digital This Summer
by Nikita Ramsinghani 1 week ago 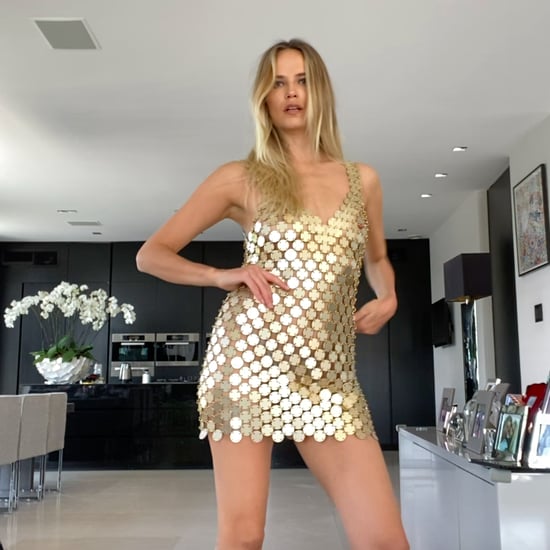 Ashley Graham
Fashion's in a Really Weird Place Right Now, and This At-Home Runway Show Was Just What We Needed
by Hannah Weil McKinley 3 weeks ago