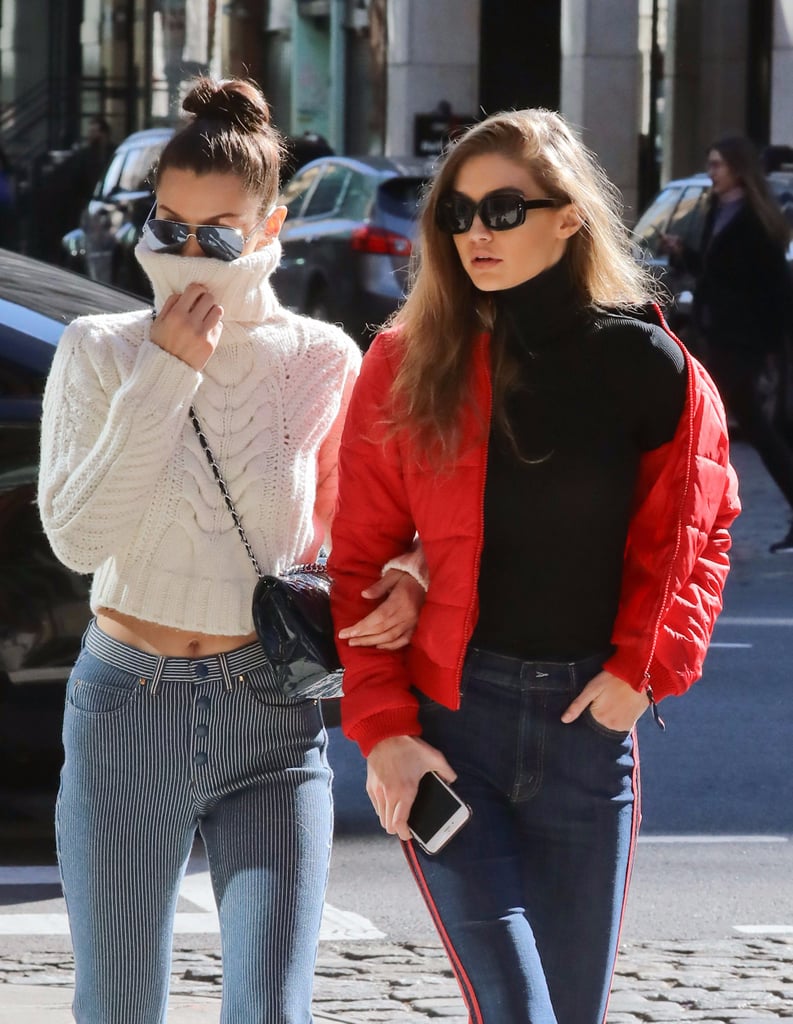 In the Summer of 2016, we speculated that Gigi Hadid stole a lace crop top from her sister's closet. It wouldn't be far off — the supermodels do have similar figures and the same shoe size. While Gigi's style veers on the sporty side and Bella's is a touch more sexy, there's plenty of overlap. That means there are a handful of pieces the girls have exchanged. In an interview with Elle, Bella admitted to borrowing clothes from her sister, revealing she "just took a pair of striped Vans," but that Gigi doesn't always ask her for permission to take her clothes.

"This is what happens: She never tells me she's taking anything. But then I show up at her apartment and there's like a random t-shirt or a hoodie or something lying around, and it's mine," Bella said. "And Gigi did not ask me if she could take it! She's sneaking off with my stuff!"

For more proof they swap clothes, the sisters stepped out in New York amidst protests of Trump's Muslim ban, where Bella sported the striped flared pants Gigi wore only days before. And Bella's cable-knit turtleneck, a sweater from Gigi's first Tommy Hilfiger collaboration, was one Gigi styled in the same way — pulled high over her chin to keep warm.

We love that when it comes to fashion, the two can transition seamlessly into each other's wardrobes. We're sure that helps when they're traveling from coast to coast and want to pack light. Scroll for photographic proof the duo work their street outfits in the same way (they're both even wearing Elizabeth and James sunglasses), then shop some of their essentials.

Celebrity Instagrams
After Many Intricate Performance Looks, Chloe Bailey Provides Us With the Easiest Summer Outfit Ever
by Sarah Wasilak 35 minutes ago

Ciara
Nothing Says "Sun's Out, Buns Out" Quite Like Ciara's Cheeky One-Piece
by Victoria Messina 3 days ago