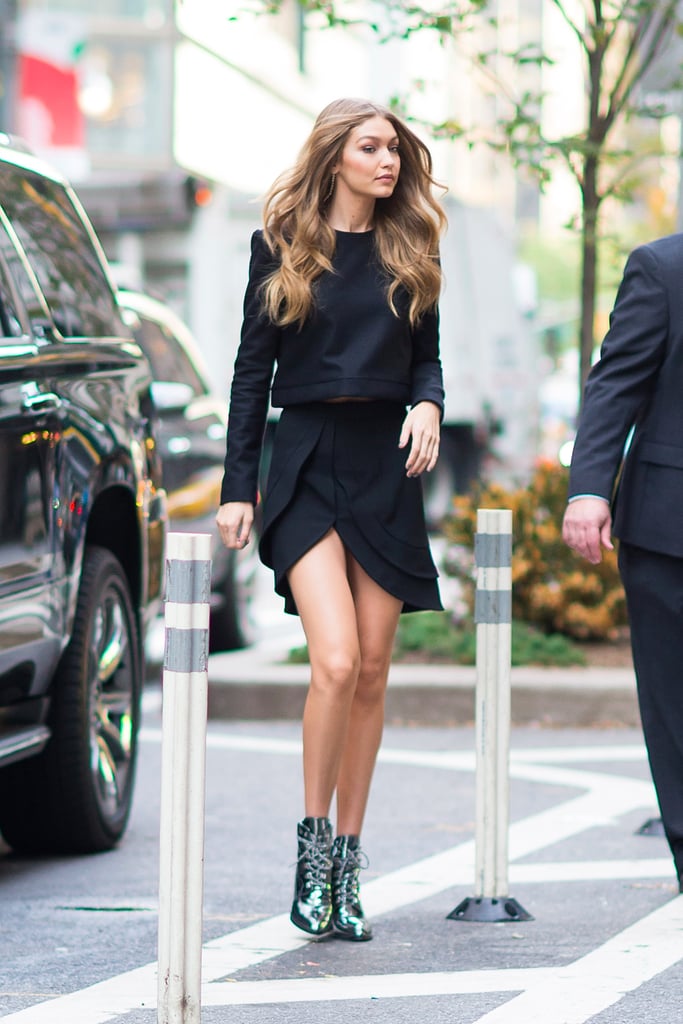 We'll Take a Pair of the Gigi x Stuart Weitzman Boot, Oh, and Her Outfit Too

If you haven't invested in a pair of Stuart Weitzman shoes yet, it might just be time to. The brand collaborated with Gigi Hadid to release three high-heel combat booties, named the Gigi Boot, and they're available to shop for $565. Compact and sleek, the shoes reflect the model's athletic background, and if we're honest, you could really do some damage in those heels.

As eye-catching as the shoes are, they're also super versatile, matching with just about any outfit Gigi wears. She paired them with a crop top and skirt in NYC and just weeks before, Gigi wore the shoe in iron gray for the Stuart Weitzman Gigi Boot launch.

The designs also come in a copper and black leather finish. Can't decide which color to buy? We suggest scooping up all three. That way you're armed with the sexiest boots for Fall. Scroll on to watch Gigi's video campaign and then add a pair of boots to your checkout cart. 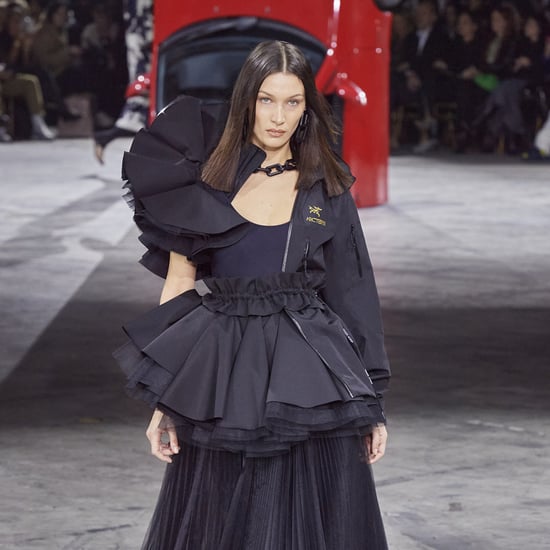 Fashion Week
OMG! Bella and Gigi Hadid Walked the Off-White Runway With Their Mom, Yolanda
by Nikita Ramsinghani 10 hours ago

Spring Fashion
When Kendall Jenner Wears a Reformation Dress to the Versace Show, You Know It's Up to Par
by Sarah Wasilak 6 days ago

Fashion Designers
Kendall Jenner and Bella Hadid Just Reminded Us: No One Makes a Minidress Like Donatella Versace
by Sarah Wasilak 6 days ago 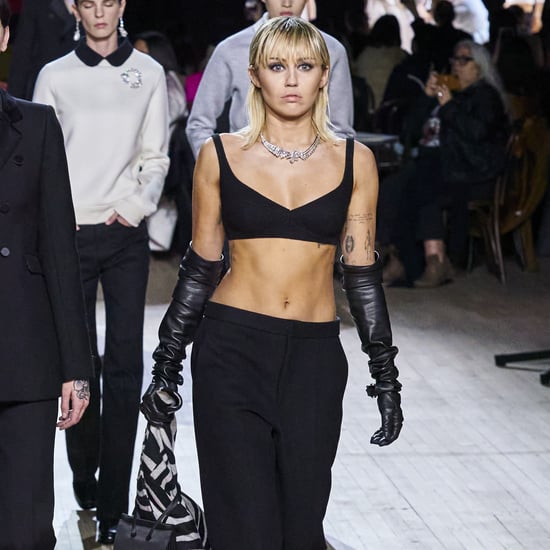