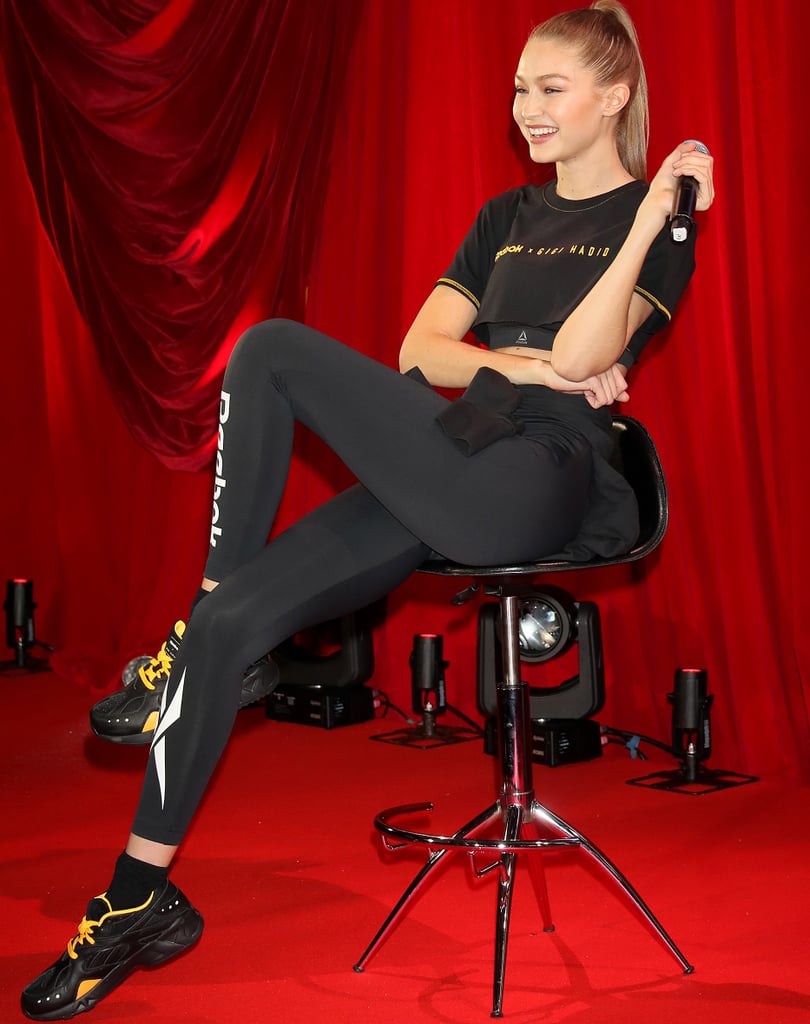 Gigi Hadid is launching a new round of sneakers with Reebok, and she announced the news on Instagram, teasing a look at some black and gold kicks with her name embroidered on the tongue. But when the empowering supermodel jetted off to Tokyo, she debuted them in full at the Future Nostalgia party, where Gigi took the mic in athleisure. Later, she landed in Sydney, Australia, sporting the same trainers, this time with branded leggings, her Prada bag, and an oversize, acid wash denim jacket — the perfect airport look, if we do say so.

While Gigi has mastered on-the-go style so many times before, her most recent travels and appearances prove that all you need is a really cool, eye-catching pair of functional shoes to go with everything you packed in your suitcase. While you won't be able to shop Gigi's new Reeboks until Dec. 7, we found plenty of similar designs in the same flashy colorway, so you can get your fill early.

Related:
If Gigi Hadid's Shoes Just Look Like Socks With a Sole, That's Because They Kind of Are
Previous Next Start Slideshow
Gigi HadidCelebrity InstagramsWinter FashionReebokPradaCelebrity StyleCelebrity DesignersModelsSneakersShopping

Britney Spears
Britney Spears Seemingly Addresses Latest Doc About Her: "I Scratched My Head a Couple of Times"
by Njera Perkins 2 hours ago 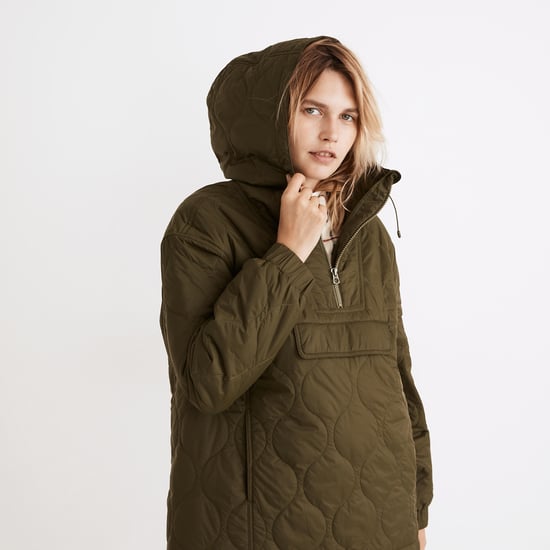 Winter Fashion
Because You Can't Say Fall Without a Quilted Jacket, Here Are 13 Styles to Pick From
by Shelcy Joseph 23 hours ago