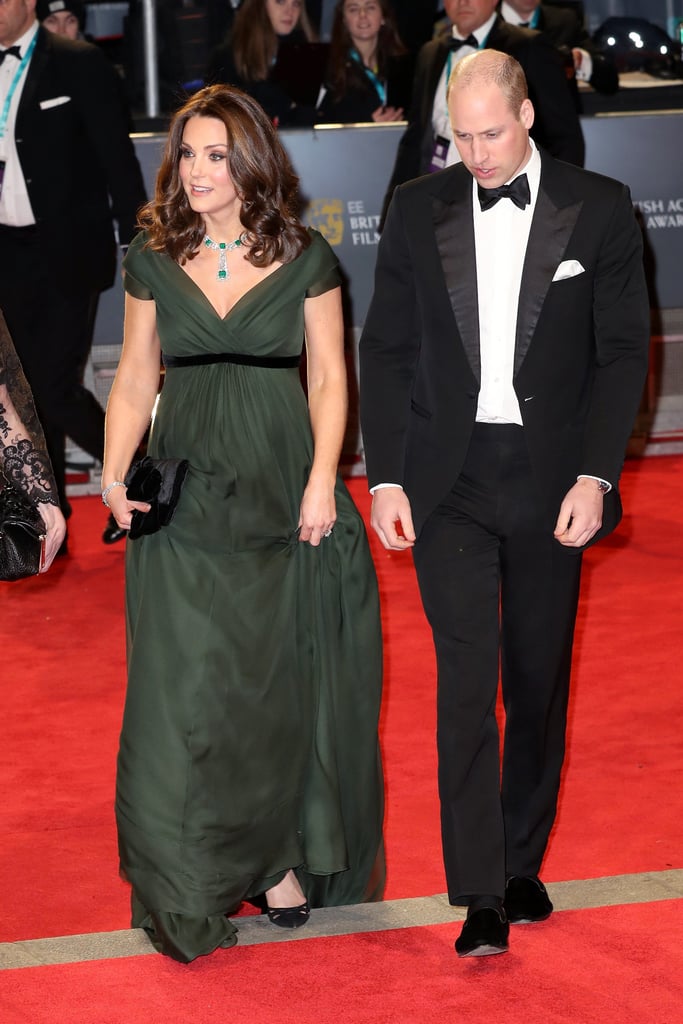 Seeing the British royals on a red carpet is quite rare, but Kate Middleton does make a few exceptions. For the second year in a row, the Duchess of Cambridge attended the BAFTA Awards on Feb. 18 in London, and her outfit choice may or may not surprise you.

This time around, celebrities wore black in support of the Time's Up movement, which stands against sexual harassment and assault in the workplace. However, as members of the royal family stay away from anything political (they don't even vote), Kate decided to follow protocol and opted for a dark green Jenny Packham gown, which she accessorized with a black clutch and stunning emerald jewels. Read on to take a closer look at her outfit, then have a look at the antiprincess dress that the Duchess wore to the 2017 BAFTA Awards.