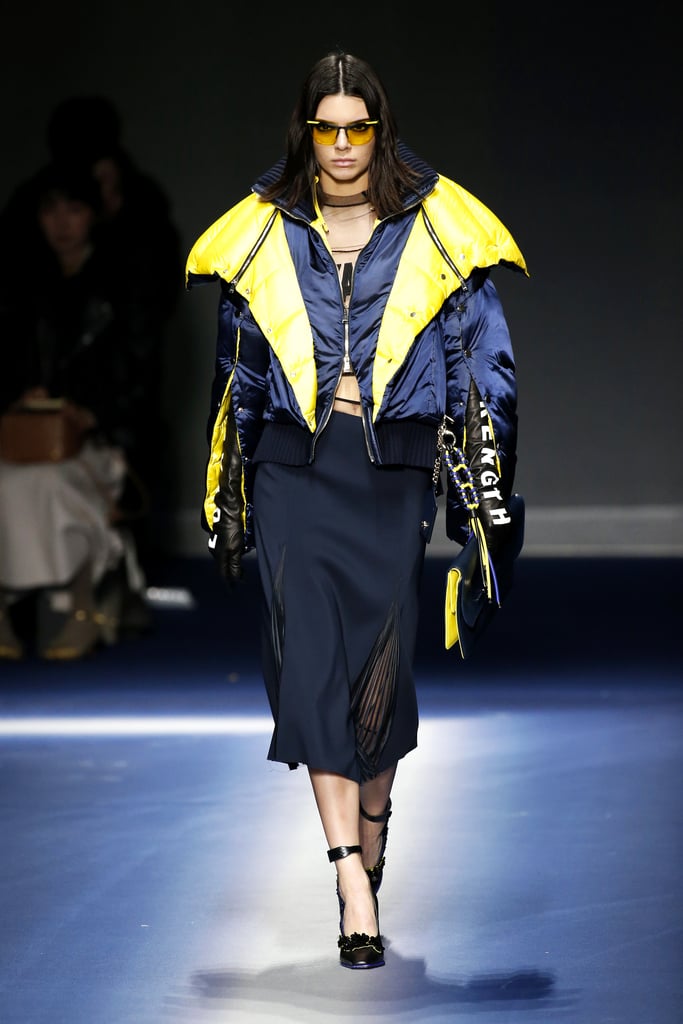 Kendall Jenner is back and better than ever. Since her debut in Marc Jacob's Fall 2014 fashion show, Kendall has modeled with almost every fashion house from Fendi to Versace. The supermodel took a short break from the runway but was spotted in the crowd during New York Fashion Week. Kendall admitted that watching the girls walk in New York made her miss the runway, but it's not like she's been twiddling her thumbs in 2019.

In true Kardashian/Jenner fashion, Kendall recently trademarked her own name across skincare, hair, makeup, and fragrance in May hinting that she may be starting her own beauty line sometime soon. Kendall also started the year off as one of the faces of the new campaign by Stuart Weitzman with fellow Scorpio Willow Smith. Now that Kendall has officially returned to the runway with her appearance at Burberry's show during London Fashion Week, 2019 is shaping up to be another great year for the fashion icon. Let's take a look back at some of her most iconic runway moments, shall we?