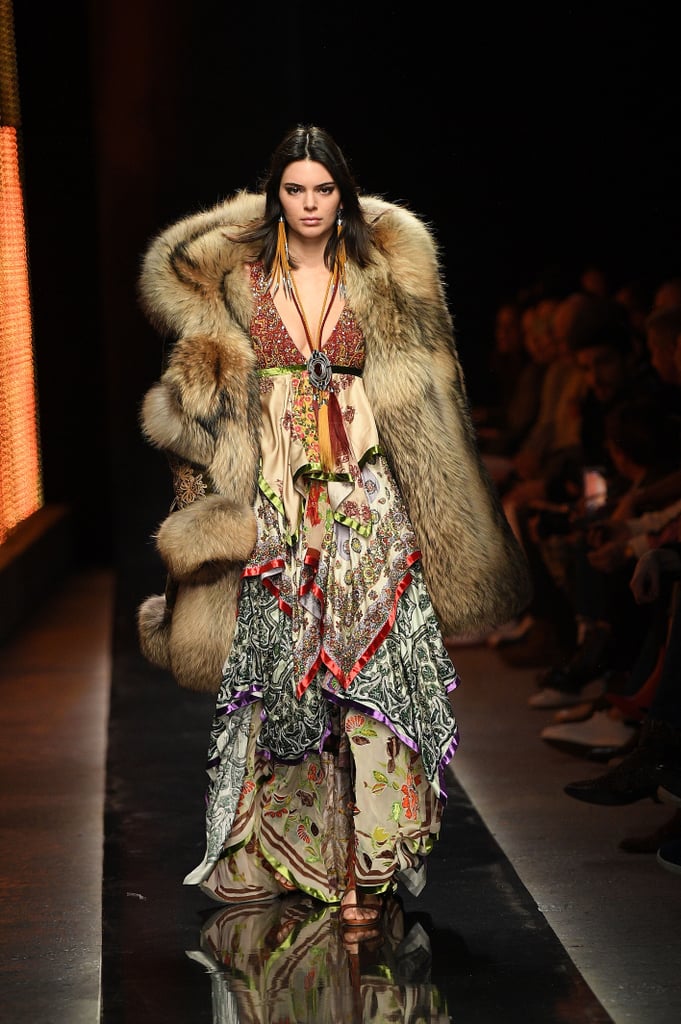 Kendall Jenner Wore a Furry Coat on the Runway, and Animal Rights Activists Are Extremely Angry

New York Fashion Week is less than a month away, but don't expect Kendall Jenner and Bella Hadid to just sit around. The models are currently in Milan for Men's Fashion Week and made their first appearance on the Dsquared2 runway. Kendall looked powerful and dominant in a decorative patterned dress and oversize furry coat, while Bella kept it slightly more casual in a denim button-down and plaid jacket. The two ladies had previously snapped an Instagram picture backstage in their robes, hinting that something big was to come.

This isn't the first time Kendall's walked on a menswear runway, though. Back in 2016, she led the pack at Givenchy's show. This time around, however, her fur coat is stirring up a controversy online. Some Twitter users were outraged that she modeled the outerwear, arguing it promoted unethical practices on animals for their fur. Though it's not clear whether the designers of Dsquared2 used real or faux fur, animal rights activists are not letting this topic go. See some of their reactions ahead, and then check out which brands have banned the use of real fur on their runways.