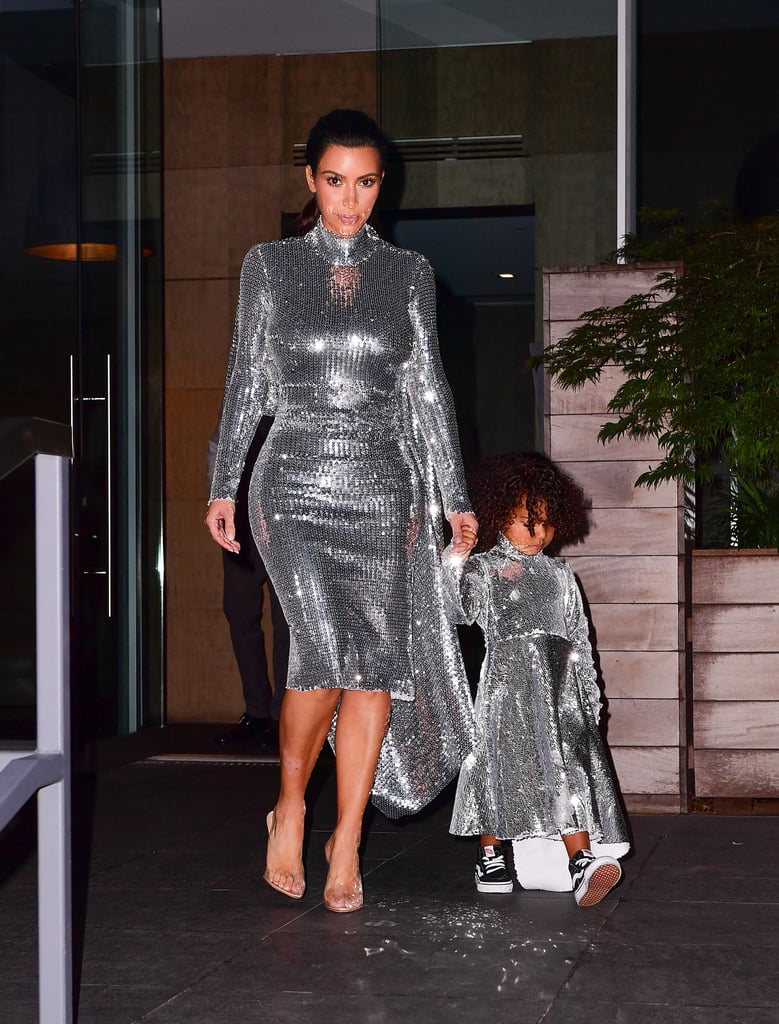 It's natural for moms to dress up with their daughters in matching outfits, and no one does this more frequently than Kim Kardashian and North West. Ever since Kim and North's adorable mommy-and-me Vetements moment, we watched as Kim continued to model her child's wardrobe after her own. In an interview with T Singapore, Kim said, "It's been such a fun journey to figure out how our kids like to dress and how to make cool clothes for kids. We've always been tailoring things and cutting things up, or taking dresses of mine and cutting them down to North's size."

This revelation shouldn't come as a shock to those who follow the mother and daughter duo. Over the past four years, Kim and North have worn similar clothing, if not the same exact brands. Kim even launched her own children's clothing line with Kanye (it's called Kids Supply) to produce smaller replicas of pieces she'd wear such as furry slides, slip dresses, and bomber jackets. North is often the first to model the new items, thereby channeling her mom's style. The two have had more twinning moments than we can count, so read on to see their best outfits so far.