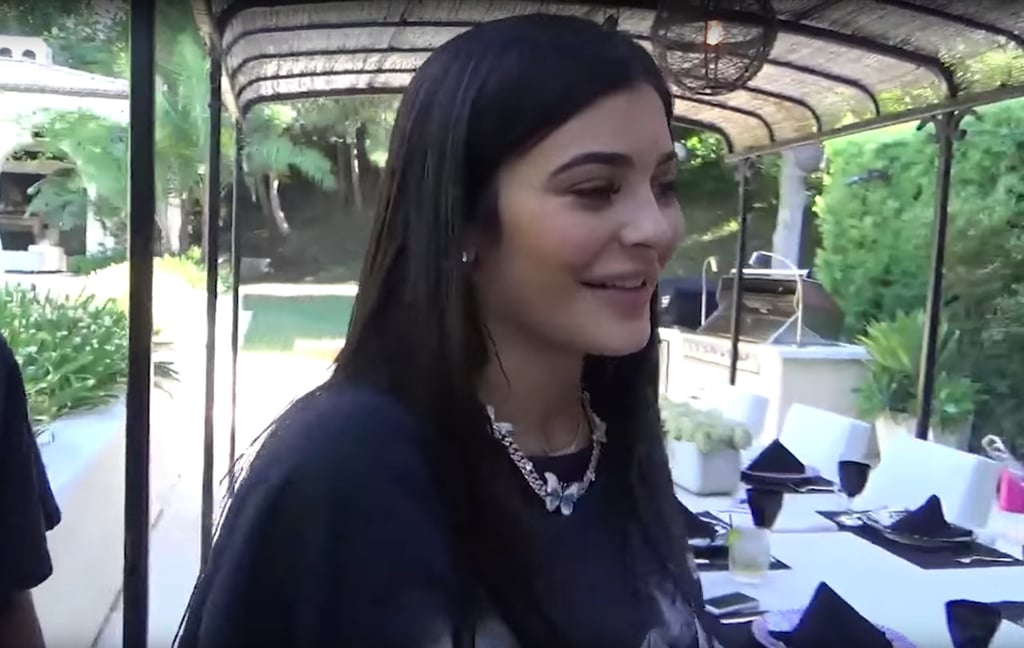 Did Kylie Jenner Just Drop a Hint About Her Baby's Name With Her Jewelry?

Kylie Jenner announced to the world that she gave birth to her and Travis Scott's baby girl on Feb. 1. The reality star turned beauty mogul released an emotional 11-minute video chronicling her entire pregnancy. During the adorable video, Kylie shared snapshots from her top-secret baby shower, where she and her guests wore custom Corey Lynn Calter satin pajamas ($356). Of course, the second the news was announced, the internet went into a frenzy trying to figure out their baby's name.

During the video, Kylie wears a giant blue and white diamond butterfly necklace that many speculated was a hint that the couple named their daughter Butterfly. The butterfly connection stems from Travis's hit song "Butterfly Effect," which is reportedly about how he and Kylie met. In the pregnancy video, Kylie also showed off their daughter's nursery, which was covered in butterfly designs. She also posted a picture on Instagram wearing a pink diamond butterfly ring back in November, which some people assumed was the gender reveal. Keep reading to get a closer look at her necklace and shop similar versions.

Celebrity Couples
Are Dua Lipa and Anwar Hadid the Most Stylish Couple? These Outfits Point to Yes!
by Nikita Charuza 34 minutes ago

Celebrity Instagrams
True Thompson Is 3! See Photos of the Pretty Pastel Party Khloé Kardashian Threw For Her
by Kelsey Garcia 4 hours ago