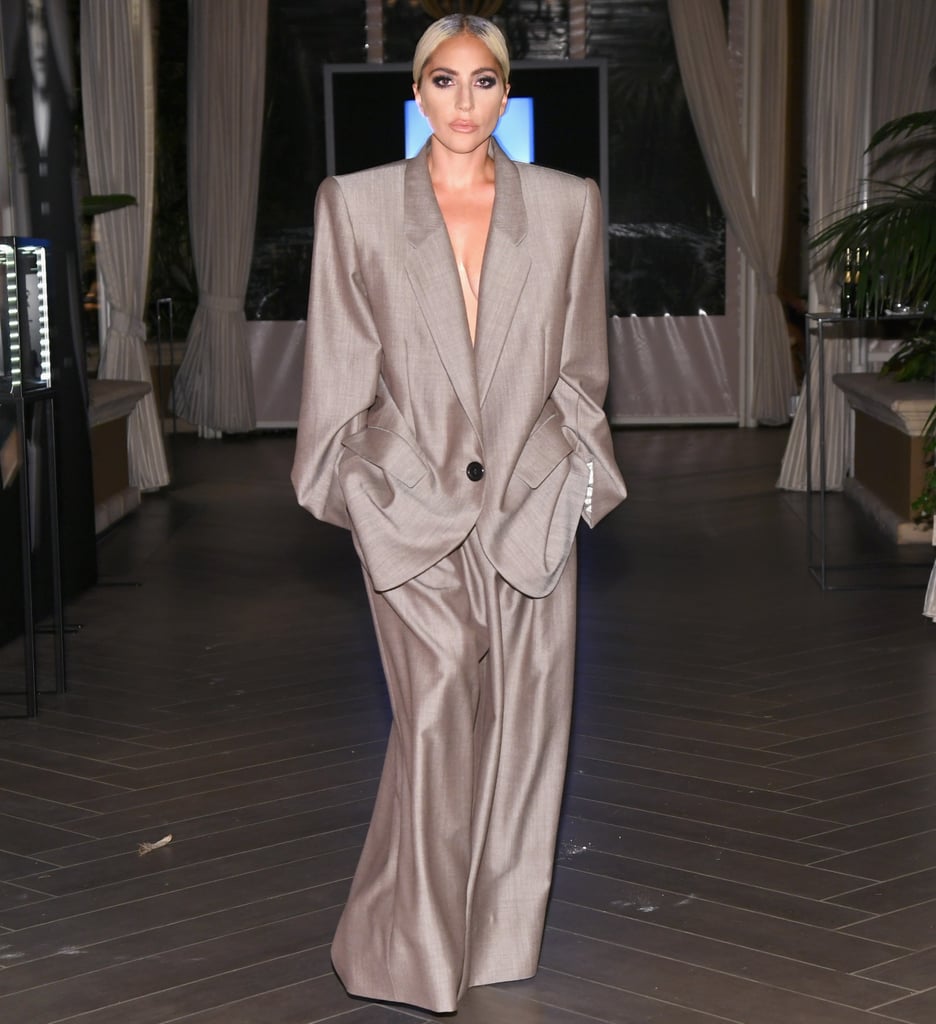 Lady Gaga just made her second appearance in as many weeks dressed in a fresh-off-the-runway Marc Jacobs Spring 2019 look, and this time around, we were not distracted by her shoes. Instead, we were wowed by how the singer, actress, and future Oscar winner (just you wait) managed to make an oversize outfit look like it was tailored precisely for her.

Gaga's pantsuit, which she wore to the Elle Women in Hollywood celebration, may have been designed with exaggerated proportions, but it fit her where it mattered. The hems skimmed the floor effortlessly, and the shoulders sat where shoulders are meant to sit. But that aside, it was all about volume. Gaga even managed to emphasize this by hooking her hands into her pockets under the jacket, giving the impression of even more dramatic draping at the sides. Teamed with Guiseppe Zanotti booties, slicked-back hair in a center part and smoky, contoured makeup that'd make a Kardashian jealous, Gaga made this look her own.

But this wasn't just a chic fashion statement, the look also made a powerful statement about being a woman in Hollywood right now. In her speech at the event, Gaga explained, "I tried on dress after dress today getting ready for this event, one tight corset after another, one heel after another, a diamond, a feather, thousands of beaded fabrics and the most beautiful silks in the world. To be honest, I felt sick to my stomach."

After explaining that she eschewed Brandon Maxwell and Rodarte dresses in favor of the "men's suit made for a woman", she explained, "As a sexual assault survivor by someone in the entertainment industry, as a woman who is still not brave enough to say his name, as a woman who lives with chronic pain, as a woman who was conditioned at a very young age to listen to what men told me to do, I decided today I wanted to take the power back. Today I wear the pants."

Keep reading to see the powerful look from all angles, get details on how she confirmed her engagement to Christian Carino at the event, then look back at another of Lady Gaga's recent fashion moments, when she swapped outfits four times in one night.

Anya Taylor-Joy
Anya Taylor-Joy Is a Goddess Among Mortals In This Shimmering, Sheer Dior Gown
by Hannah Weil McKinley 5 days ago