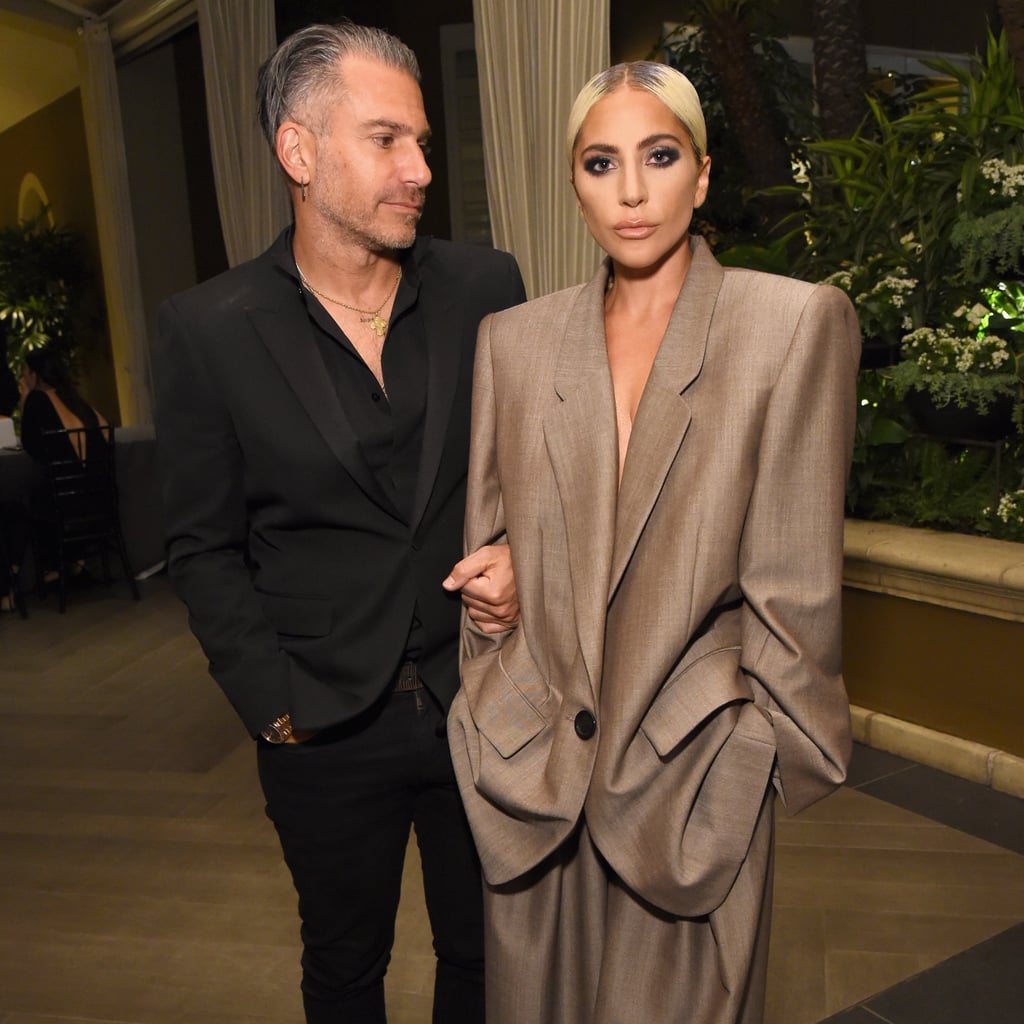 It sounds like Lady Gaga has found a good romance with her beau Christian Carino. On Monday, the "Million Reasons" singer confirmed that she's engaged to Christian at Elle's 25th Annual Women in Hollywood Celebration in LA. During her speech, Lady Gaga, who was an honoree at the event, thanked "my fiancé Christian," making it the first time she's called him her fiancé in public.

The two have been linked together romantically since early 2017, and reports about their engagement have been circulating for almost a year. The two have even been seen on numerous occasions showing some PDA, including at their romantic beach day getaways. With the new A Star Is Born movie out, many have become obsessed with Lady Gaga and Bradley Cooper's friendship off screen, but make no mistake, Gaga is clearly in a happy, committed relationship with Christian. Now that Gaga has officially confirmed their engagement, we can start guessing what their wedding will look like and which songs will be on the playlist. Fingers crossed that they'll play a few bangers from Mother Monster herself.

View more photos of Lady Gaga at the event ahead, and get the details on the oversize suit she wore.

Nostalgia
Once Upon a Time, Ben Affleck Played J Lo's Romantic Interest in a Velour Puma Tracksuit
by Sarah Wasilak 15 hours ago

Celebrity Couples
Bo Burnham Has Been Dating Lorene Scafaria Since 2013, and Their Romance Is Too Cute
by Grayson Gilcrease 16 hours ago

Kendall Jenner
Kendall Jenner and Devin Booker Have Kept Their Dating Style Casual and Cute For a Full Year
by Sarah Wasilak 1 day ago
Celebrity Couples
Um, Excuse Me, Did Gwen Stefani and Blake Shelton Already Get Married?
by Monica Sisavat 2 days ago