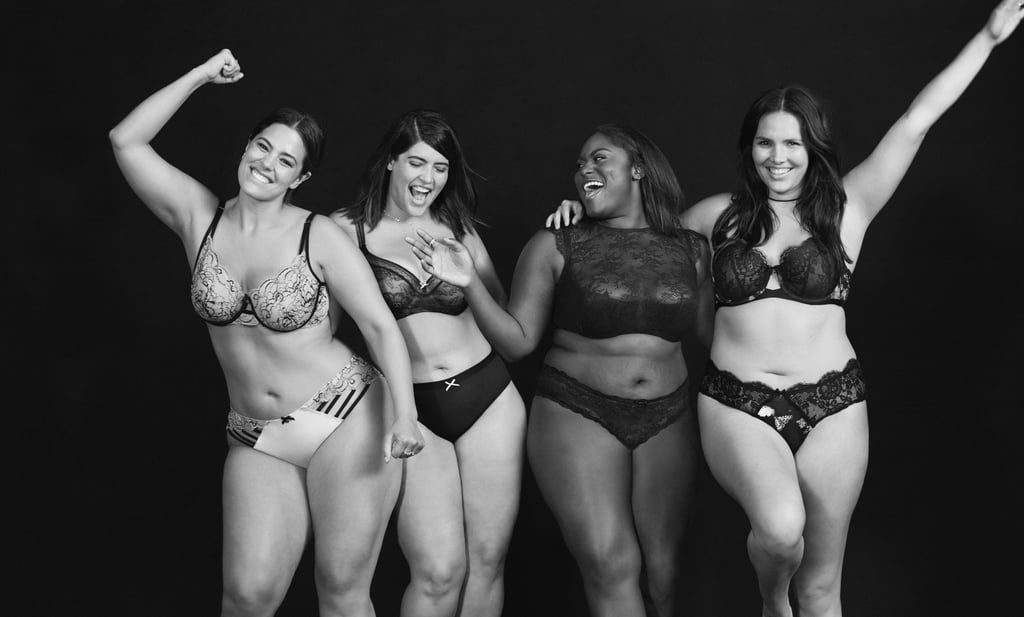 A few years ago, Lane Bryant launched a lingerie campaign that seemingly addressed Victoria's Secret and its famously slender Angels. Promoting the brand's Cacique line, the #ImNoAngel campaign boldly drew a line in the sand. Now, Lane Bryant has brought the campaign back in a stunning commercial, which originally aired during the 2017 Emmy Awards.

So which familiar faces and "curve models" — to use Ashley Graham's terminology — star in the commercial? Well, there's Ashley herself, as well as Candice Huffine, Denise Bidot, and Danielle Brooks of Orange Is the New Black.

In the commercial, the four women open up about their bodies and the insecurities they've struggled with. That being said, the tone quickly shifts as they proclaim, "This is who I am!" and encourage viewers to embrace their bodies. Ahead, watch the empowering commercial and see some pictures from the campaign.

Fashion News
Sorry, but Ella Emhoff's Crystal-Embellished Coat Stole the Show at the Inauguration
by Victoria Messina 2 days ago