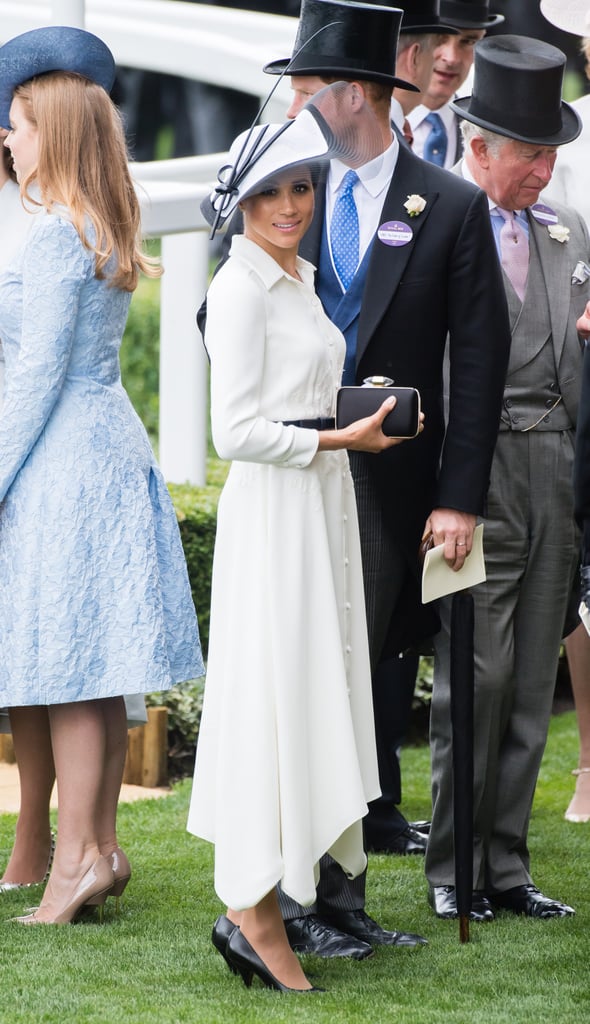 For her very first appearance at Royal Ascot alongside Queen Elizabeth II and other members of the royal family, Meghan Markle once again turned to her wedding dress designer. Just a month after her fairy-tale wedding to Prince Harry, the Duchess of Sussex wore a white, embroidered shirt dress by Givenchy, which she cinched in at the waist with the same black belt she wore on her trip to Cheshire with the queen. To accessorize her stunning outfit, Meghan opted for a black clutch, matching heels, and a black and white hat by Philip Treacy.

The past few weeks have been busy for Meghan. After a well-deserved break following her nuptials, the duchess quickly went back to work, starting with the celebrations for Prince Charles's 70th birthday patronage at Buckingham Palace. A few weeks later, she made her debut at Trooping the Colour, wearing a gorgeous Carolina Herrera dress, which both broke the royal protocol and paid a sweet homage to Princess Diana. Read on to get a closer look at her Royal Ascot-approved outfit and shop some similar numbers.