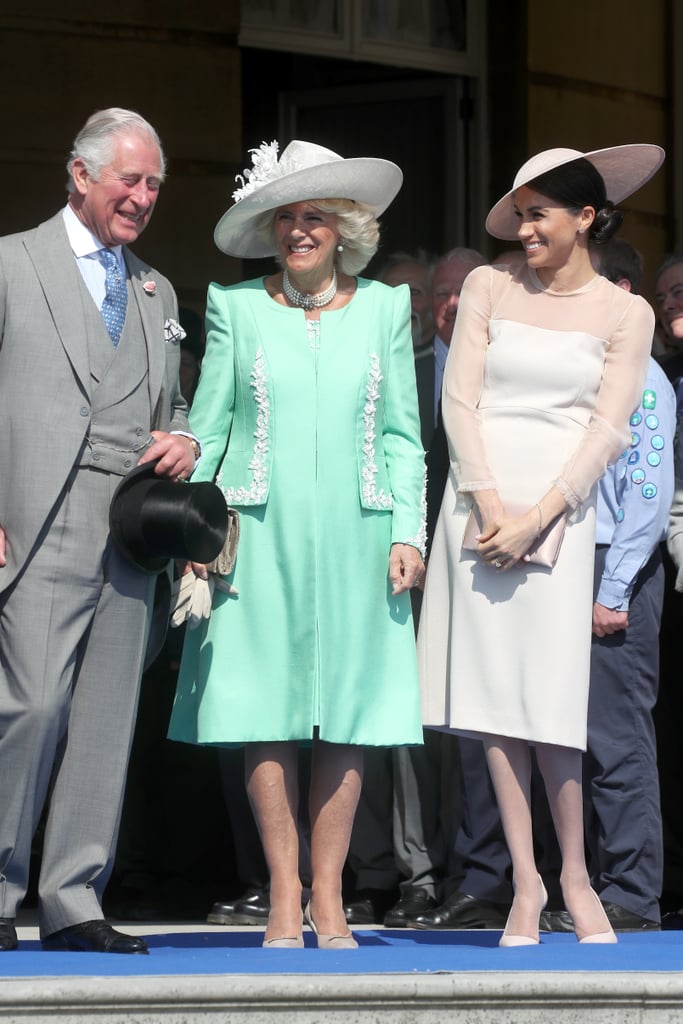 Prince Harry and Meghan Markle are already getting back to business following their fun-filled wedding at St. George's Chapel. On Tuesday, the couple attended their first royal engagement as a married couple as they celebrated Prince Charles's 70th birthday patronage at Buckingham Palace. The pair looked absolutely stunning as they posed alongside Charles and his wife, Camilla. Meghan even shared a cute moment with the Duchess of Cornwall as they giggled on stage when a bumblebee swarmed Harry.

Just a day before, the two were spotted looking relaxed and carefree as they returned to Kensington Palace. While the couple certainly had a fairy-tale perfect wedding, they won't be whisking off to a romantic getaway just yet. "The couple will be going on honeymoon, but not straightaway," Kensington Palace spokesman Jason Knauf confirmed earlier this month. "They will have their first engagement as a married couple in the week after the wedding." Prince William also had to postpone his honeymoon with Kate Middleton after their wedding back in 2011 due to work commitments.

When Meghan and Harry do go on their honeymoon, they will reportedly vacation at a luxury resort in Namibia, where Harry previously worked on conservation projects to benefit endangered black rhinos in 2015. Get another glimpse of the happy couple below before looking back on all their wedding photos.

Adele
Adele and Her Boyfriend, Rich Paul, Turn the Grammys Into a Glamorous Date Night
by Monica Sisavat 10 hours ago