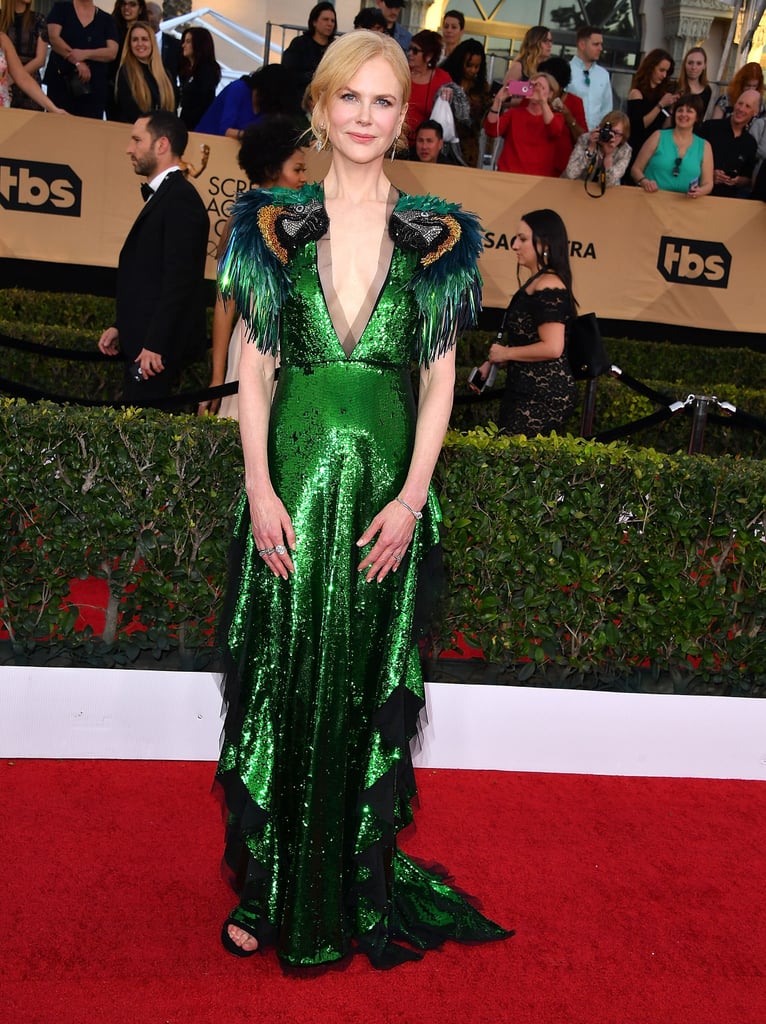 Nicole Kidman is one of those stars who definitely stays true to herself when it comes to fashion. While she has the tendency to change up her look, it's very much to suit her mood. From the graceful way she's always moved on the red carpet — since she made her mark on Hollywood in the '90s alongside Tom Cruise — it's clear Nicole's never uncomfortable in what she's wearing.

"I have no problem being divisive," she revealed in Porter magazine when asked about her 2017 Oscars dress. As you look through her most memorable style moments ahead, you might notice Nicole's tendency to switch things up. While she has preferred a sleek cut, like the tailored suits that she so often goes back to, her dresses have transitioned from glamorous to avant-garde. With her sophisticated choices and regal demeanor, one could even compare her red carpet looks to Grace Kelly — after all, she did play the princess in the 2014 biopic movie Grace of Monaco.

Her recent gowns (frequently debuted at events with her husband, Keith Urban) are more adventurous, with plenty of sequins, embellishments, embroideries, and capes. Nicole is always daring to try new trends as if they were made for her to flaunt, and she embraces the spotlight with ease. Read on to backtrack Nicole's most flavorful outfits, and check out her style in Big Little Lies.