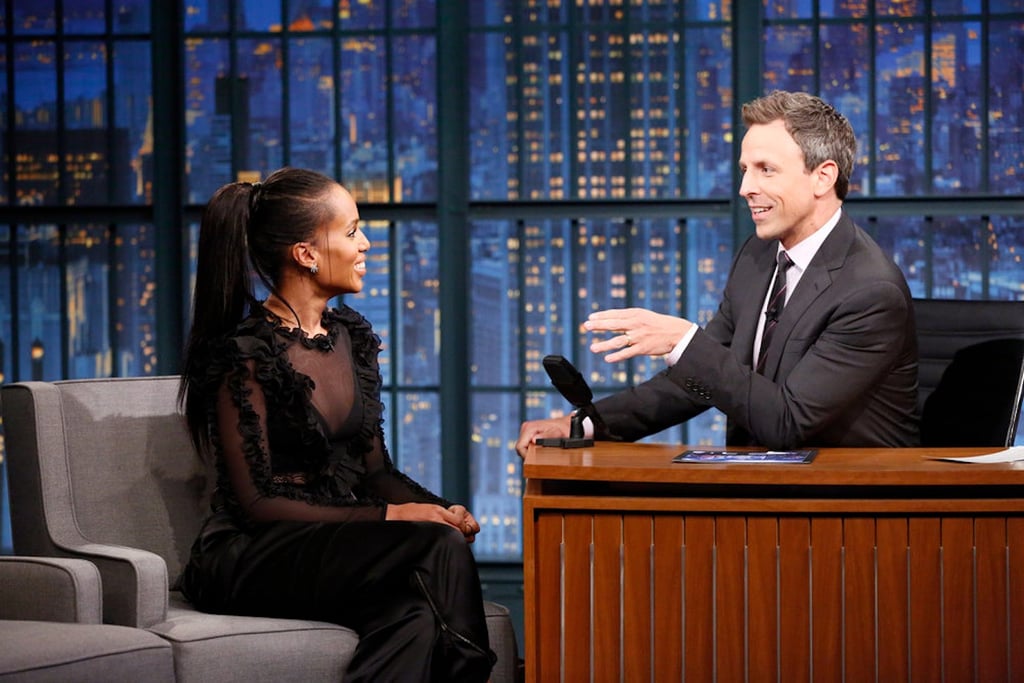 Kerry Washington has been making the rounds promoting the final season of Scandal, and she's been doing it in style. She showed up for her appearance on Late Night With Seth Meyers in a sheer Faith Connexion bodysuit and Redemption silk pants that were tucked into embellished Tamara Mellon boots. Kerry let her One Teaspoon bralette peek through her top and she finished the look with a Kaufmanfranco belt and jewels by Dana Rebecca, Vita Fede, and Vardui Kara. Phew! It might have been all-black, but it was quite the ensemble.

So we weren't surprised to find that when Kerry sat down, she and Seth discussed fashion. When asked what "memento" Kerry planned to take from set after wrap, she replied, "Well, I can't tell you on national television because then when the Prada bags are missing . . . " Kerry went on to say that she didn't just want one of Olivia Pope's designer satchels, but all 20 "in various colors to match every outfit." Of course, she might just be joking, but Kerry's character Olivia does have highly sophisticated, inspiring taste for a power lady.

Read on to watch Kerry make the whole audience laugh, then check out some of Olivia's fierce fashion moments on Scandal when she was armed with her Prada bag. 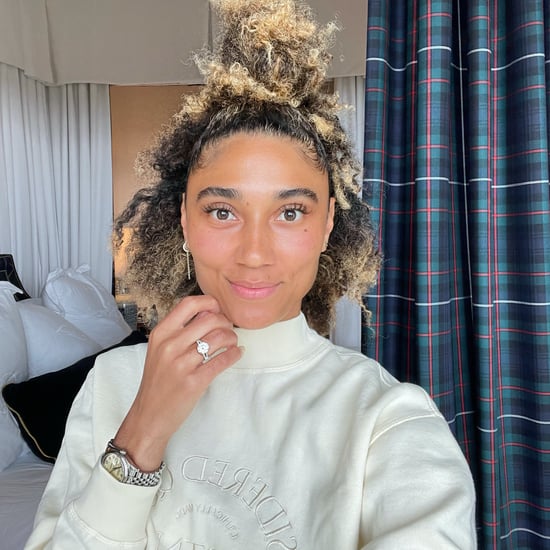 Accessories
Peloton Instructor Ally Love Wears a New Sparkly Engagement Ring — but Will She Work Out in It?
by Sarah Wasilak 1 day ago

Netflix
Did Anyone Else Totally Miss the Sentimental Accessory Simon Wears in Bridgerton?
by Victoria Messina 2 days ago