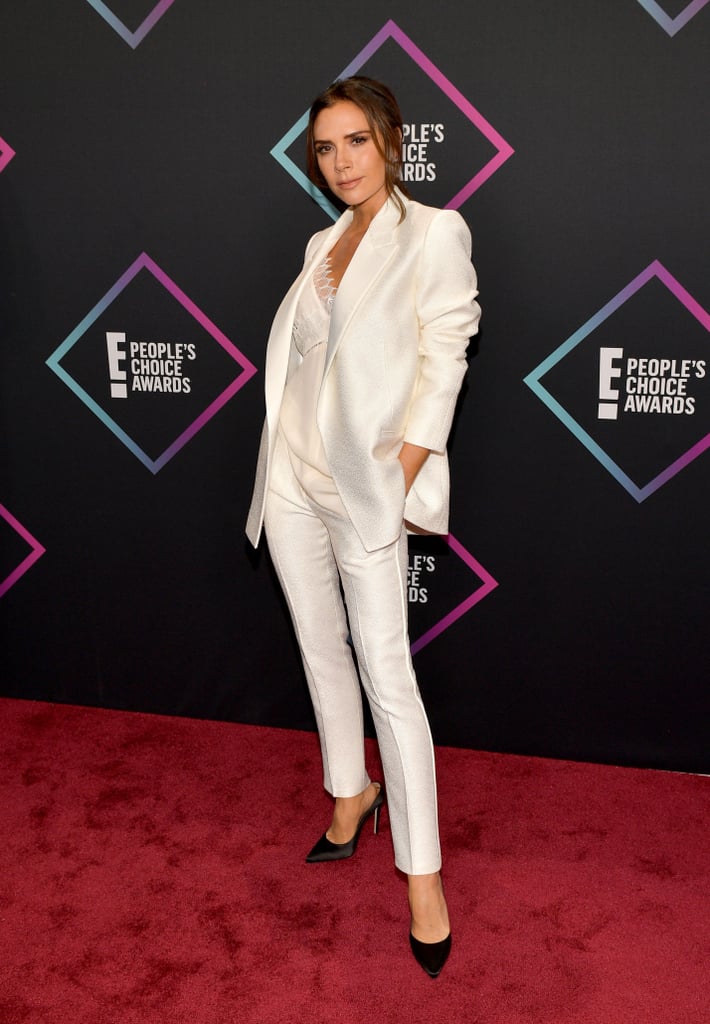 Victoria Beckham had the E! People's Choice Awards red carpet buzzing before she even stepped foot on it. The designer's name is on everyone's lips as the recipient of Sunday's Fashion Icon award. And, while we're celebrating a decade of Victoria Beckham's namesake collection, Victoria's been an icon long before she ever launched her own brand. As a Spice Girl, Posh launched a legion of her own style fans and copycats, solidifying her status as a trendsetter.

Years later, she's still setting trends — not following them. While sequins and dramatic dresses dominate the awards circuit, Victoria played it cool in a crisp white suit, telling E! News, "It's a suit I custom made for myself that I'm putting in my next collection." So, if you're ready to follow Victoria's lead with this look, rest assured: you can shop it for yourself in good time. For now, get a look at the outfit from all angles.

by Tori Crowther 24 minutes ago