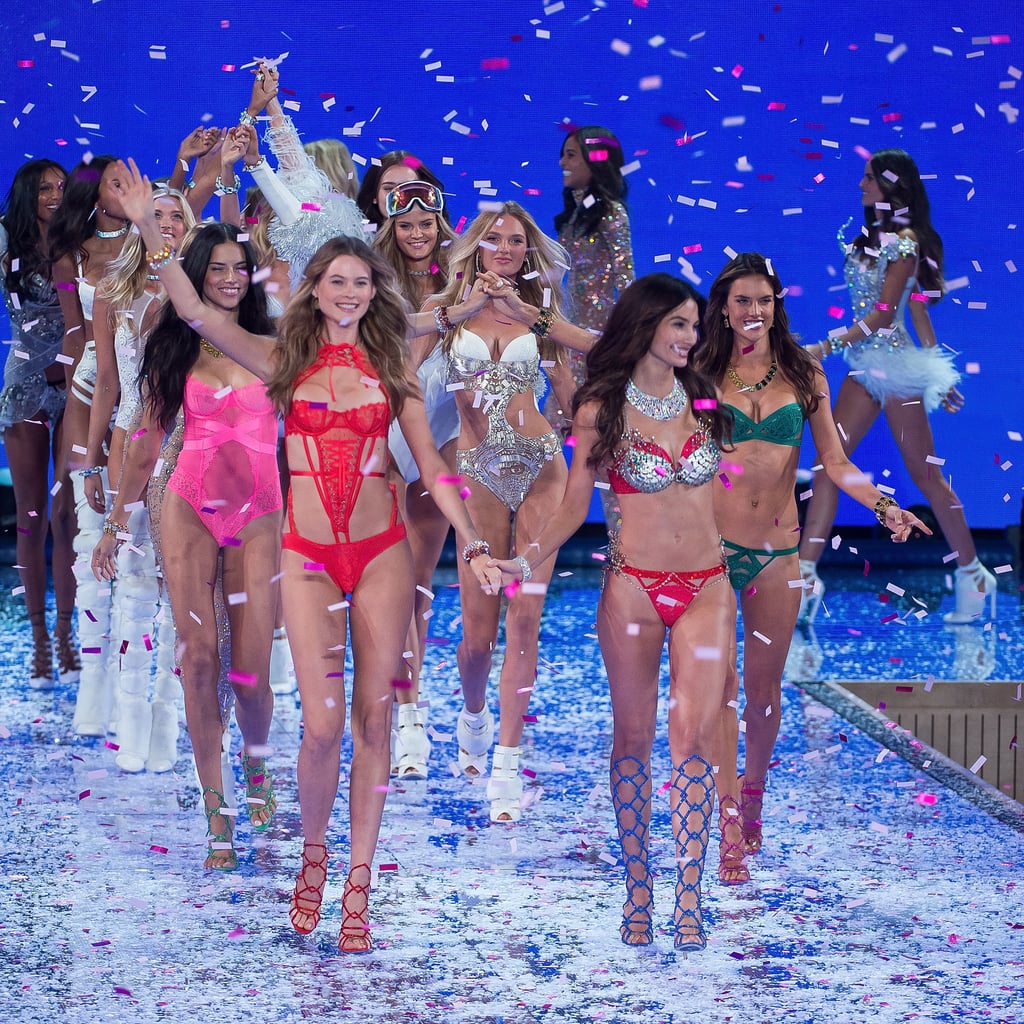 Welcome to the Victoria's Secret Fashion Show jungle, where just for the night, you suspend all doubt and live in a fantasy world. You might think that sounds like total BS, but it's not. I sat just three rows away from last year's VS runway and was completely mesmerized by what unfolded right before my eyes.

As a fashion editor, I've watched plenty of models stroll down catwalks, but this was nothing like that. Instead of a designer debuting his Spring '17 collection, world-famous supermodels were debuting impeccably crafted lingerie, which, in reality, looked a lot more costume-like than you'd imagine. (Seriously, I'm not sure how Adriana Lima and Alessandra Ambrosio, two Angel veterans, have gone so many years without missing a step, lugging those hefty wings behind them.)

But my biggest takeaway, having experienced the taping of the spectacle so many people enjoy watching on TV, was this: the VS Fashion Show is not real life. Recently, there's been an industry push for model diversity — we saw a handful of curvy women take the runway during Fashion Month, and it seems like the Internet's in uproar every time a model comes out with the sad truth that she was rejected from yet another gig because of her size.

But at the Victoria's Secret show, we embrace the bombshell, ignoring, for a second, that other body types exist because, simply put, you won't find them here. Perhaps it's because the Angels have become known for their figures — we see them so often in cheeky ads and catalog product shots. It's not that their signature looks seem attainable when you're immersed in this fantasy world; it's just that somehow they feel right.
In the moment, we accept their perfect curves, tanned skin, and long, flowing hair not as a standard we can imagine living up to, but as the fulfillment of a role. The Angels are like characters in your favorite movie — you expect them to look the same whenever you go back and rewatch.

Looking back with a fresh mind, I believe there are eight major reasons I slipped into Victoria's Secret's land of make-believe the evening I attended the show — eight instances when I was blinded by the illusion of perfection that, at the time, seemed so plausible. Read on to learn why it was impossible for me to resist the magic as I sat on the sidelines, an innocent VS newbie.

Keeping Up With The Kardashians
How Well Do You Know the Most Quotable Family Ever? Try This KUWTK Quiz to See
by Hedy Phillips 21 hours ago

Celebrity Families
Gigi Hadid and Zayn Malik Have a Daughter! Here's What We Know About Her
by Alessia Santoro 1 day ago

Celebrity News
Gigi Hadid Is a Mom! The Model Gives Birth to First Child With Zayn Malik
by Monica Sisavat 1 day ago

Gigi Hadid
My Heart! Gigi Hadid Looks So Cute Showing Off Her Baby Bump in a Crop Top and Bucket Hat
by Nikita Charuza 1 week ago

Celebrity Instagrams
Nobody Does Sibling Style Better Than Gigi and Bella Hadid, Even With a Baby Bump Involved
by Yerin Kim 1 week ago

Gigi Hadid
Gigi Hadid Modeled For Kith x Calvin Klein's Underwear Collab, and the Pictures Are Something Else
by Nikita Charuza 2 weeks ago