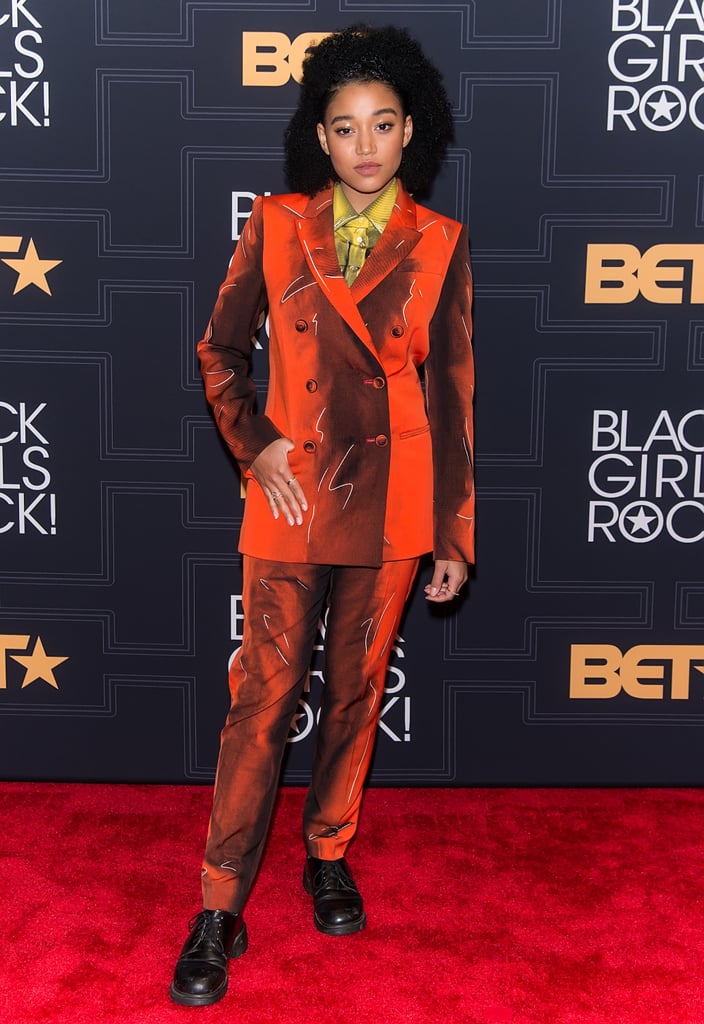 Amandla Doesn't Shy Away From Colors

You've probably heard Amandla Stenberg's name in conjunction with the likes of Beyoncé and Jennifer Lawrence; the actress appeared in both the Lemonade video and played Rue in The Hunger Games series. Now, the 18-year-old is poised to take over the modeling world, too. Amandala's secured a contract with The Society Management — which announced the happy news via Instagram — and it's the same company that manages the careers of Kendall Jenner, Josephine Skriver, and Willow Smith.

The young star already has a few editorial spreads under belt, including ones for Teen Vogue and Interview, so an official modeling gig likely wasn't too far off. It won't be long before campaigns start featuring the cool and edgy teen, which is why it's time to read up on Amandla and see why she's Hollywood's latest It girl.

Spring Fashion
When Kendall Jenner Wears a Reformation Dress to the Versace Show, You Know It's Up to Par
by Sarah Wasilak 5 hours ago

Fashion Designers
Kendall Jenner and Bella Hadid Just Reminded Us: No One Makes a Minidress Like Donatella Versace
by Sarah Wasilak 6 hours ago

Celebrity Style
Annie Murphy Doesn't Dress Like Alexis Rose IRL, but She Did Keep Something From Her Closet
by Karenna Meredith 2 days ago