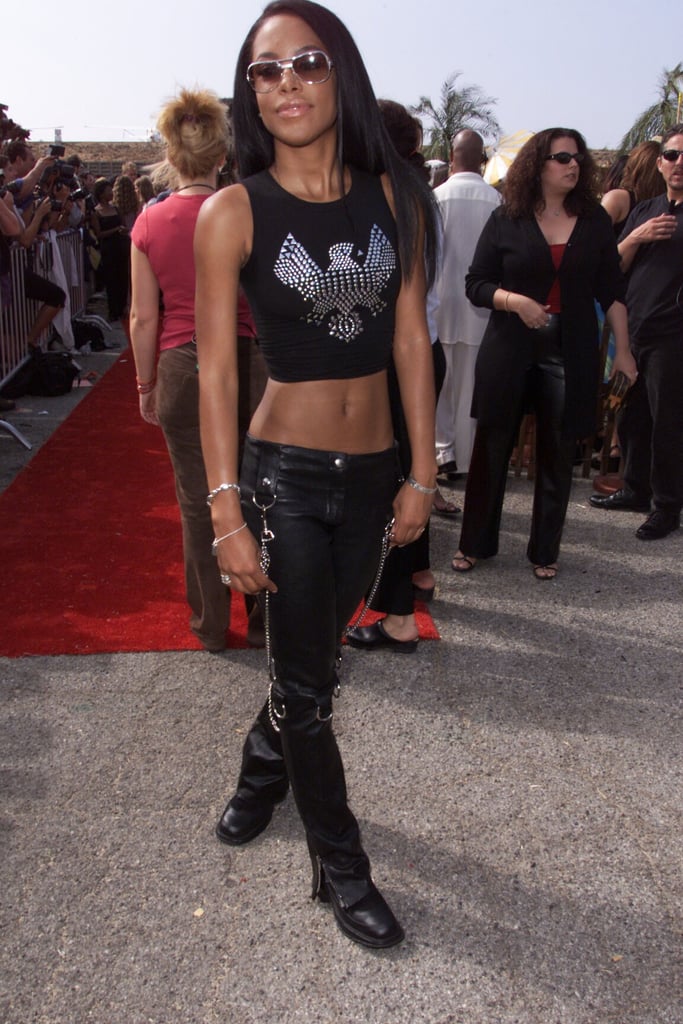 Aaliyah is someone whose style defined the late '90s and early '00s. When the singer passed away in 2001 in a devastating plane crash after filming the video for her single "Rock the Boat," the music industry wasn't the same. Only two months prior to her death at just 22, she released her self-titled album, Aaliyah, to critical accolades. Now, 19 years after the R&B songstress's tragic death, we're looking back at her most iconic fashion moments.

Besides her catalogue of hit songs like "More Than a Woman," which is one of my all-time favorites, Aaliyah also starred in movies like Romeo Must Die (she recorded the iconic song "Try Again" for the soundtrack) and Queen of the Damned. From her iconic MTV VMAs Roberto Cavalli dress to the multitude of crop tops she wore on the red carpet, it's hard to choose a favorite.

Keep reading to see some of Aaliyah's most memorable looks.

Ariana Grande
Ariana Grande and Elizabeth Gillies Are Too Cute in These Throwback Photos From "13: The Musical"
by Victoria Edel 16 hours ago