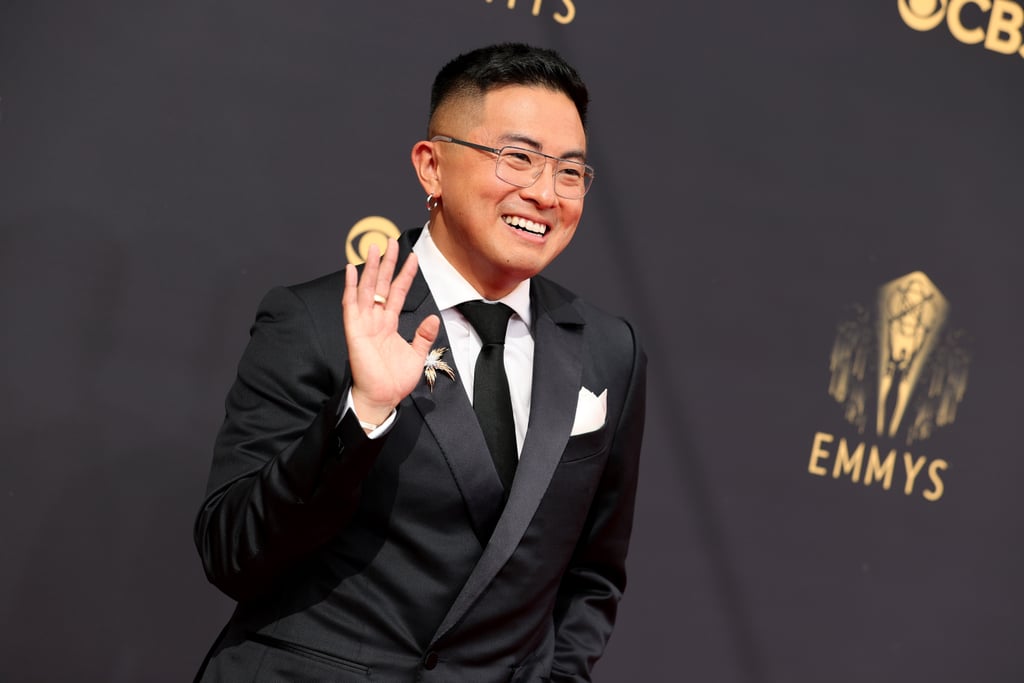 Bowen Yang made all other shoes irrelevant with his first-ever appearance at the Emmy Awards. The actor and Saturday Night Live cast member attended the award show on Sept. 19 wearing quite the intergalactic footwear: a pair of metallic silver platform heels by Brooklyn-based brand Syro.

A classic Ermenegildo Zegna suit served as the foundation for Bowen's outfit, which he also paired with a floral Tiffany & Co. brooch. Though he was certainly victorious on the red carpet, Bowen is also nominated for outstanding supporting actor in a comedy series, making him the first featured player to do so in the show's 46 seasons. Enjoy photos of his look ahead.