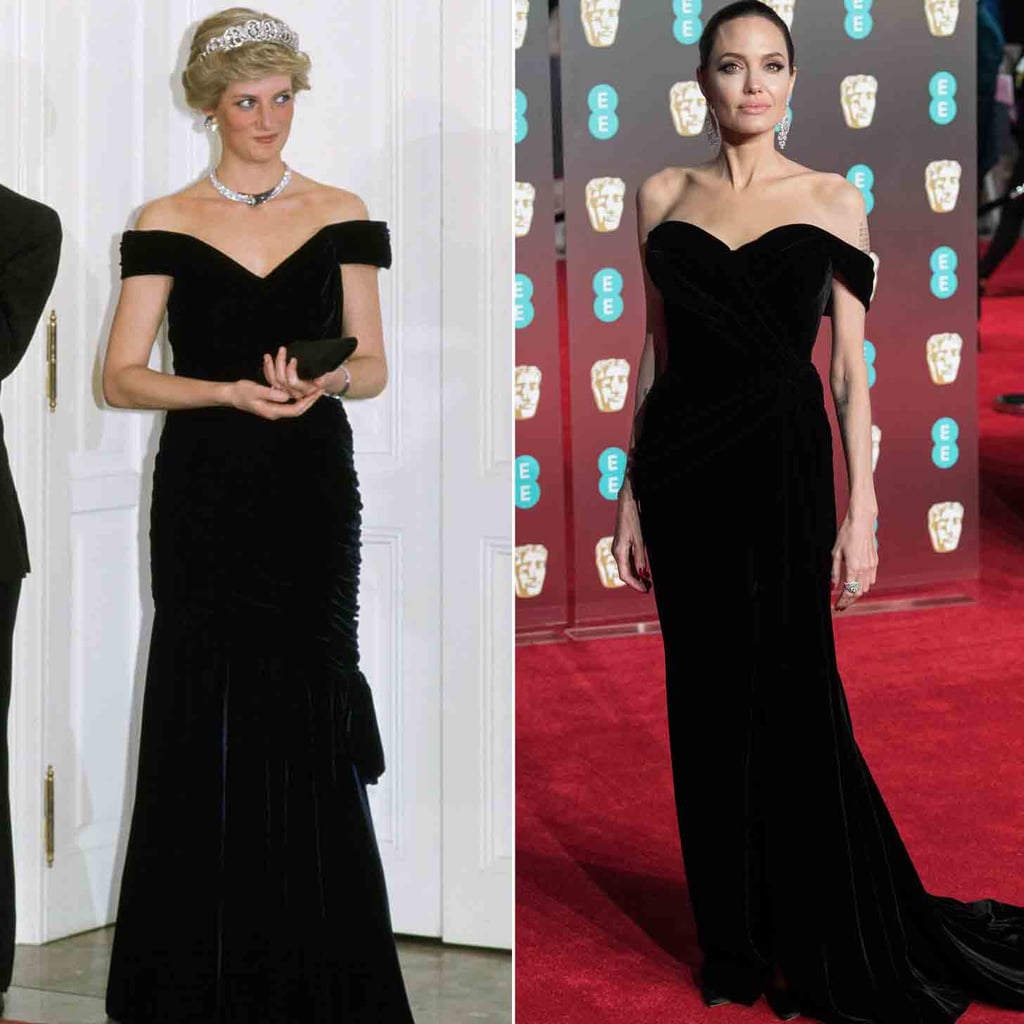 The new season of The Crown drops on Netflix on Nov. 15, and all eyes will be on Princess Diana‚ played by newcomer Emma Corrin — who makes her entrance in the fourth chapter of the hit series. While the episodes are set to recount her tumultuous relationship with Prince Charles, this season will, for many viewers, also be a reminder of her unique and incredible fashion sense.

From the iconic Catherine Walker tuxedo-style suit (she was the first female royal ever to wear trousers to an evening event) to that sexy, off-the-shoulder "revenge dress" she wore the same night Prince Charles confessed to adultery during their marriage in a television interview, the Princess of Wales understood the power of fashion. And she enjoyed making bold choices. Often dressed in black — a color that is usually only worn by the royal family for mourning — showing off her bare shoulders and knees, and wearing art deco emerald chokers as tiaras, Diana broke the royal dress code more than once. "I don't go by a rule book," she famously said; and this was true for her style choices, too.

Princess Diana created some of her most headline-making moments when decked out in evening gowns and crown jewels. But when Lady Di wasn't busy being a princess, it was her street style that had everyone talking. Regularly photographed in straight-leg jeans, an oversize jumper, and a baseball cap — her go-to look for dropping the kids off at school — she sported athleisurewear long before it was a common term in our fashion lexicon. Those paparazzi shots of Princess Diana running errands in London in navy biker shorts and a grey Harvard sweater are iconic and undeniably the inspiration for Hailey Bieber's preferred off-duty look.

And Hailey isn't the only celebrity to draw inspiration from the late royal. Many actors and models — on and off the red carpet — have re-created some of Princess Diana's most memorable looks from the '80s and '90s, so we've gone ahead and listed some of our favorite royal fashion copycats.