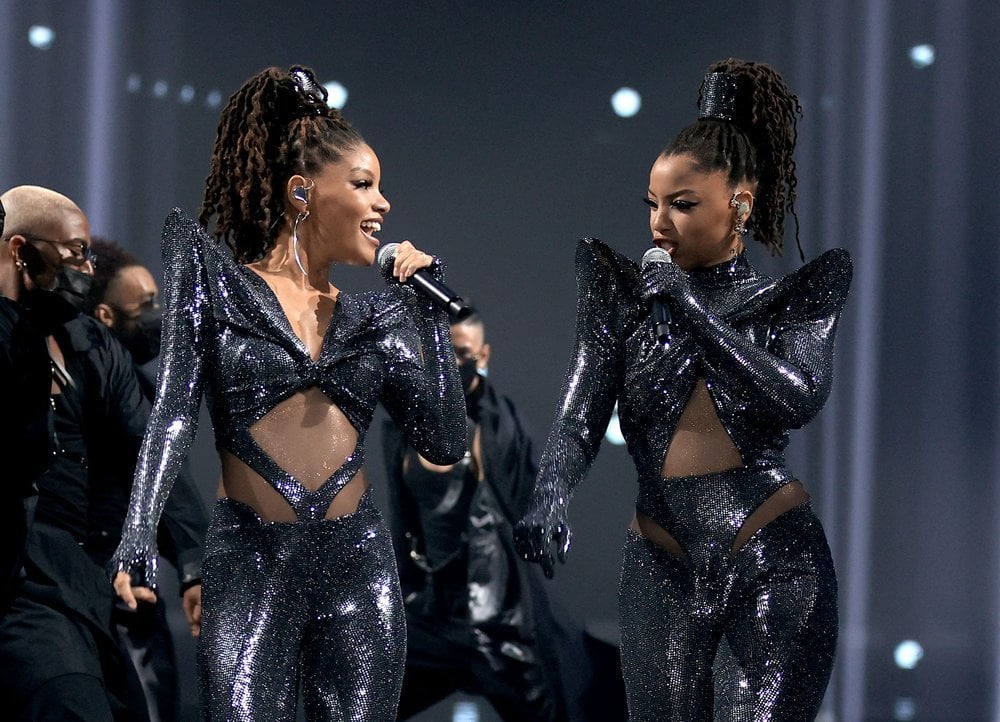 If you told me Chloe x Halle descended upon the 2020 People's Choice Awards in a flying saucer, I would believe you. The singing duo looked like the otherworldly, intergalactic goddesses they are while performing "Ungodly Hour" at the award show on Sunday. Styled by Zerina Akers, Chloe and Halle wore shimmering, custom-made jumpsuits by Rey Ortiz. Though each outfit was distinct, they both featured accentuated shoulders, various cutouts, and thick ponytail holders in the same material.

This stylist showing is of course only the latest in a series of from the sisters, who have perfected the virtual performance space since the release of their sophomore album this summer. Chloe and Halle's performance outfits have included metallic bodysuits resembling armor, strappy separates in a reflective fabric, and latex — lots of latex. They also paid tribute to the Spice Girls with their fun looks for the GLAAD Media Awards. See photos from this new fashionable appearance ahead.