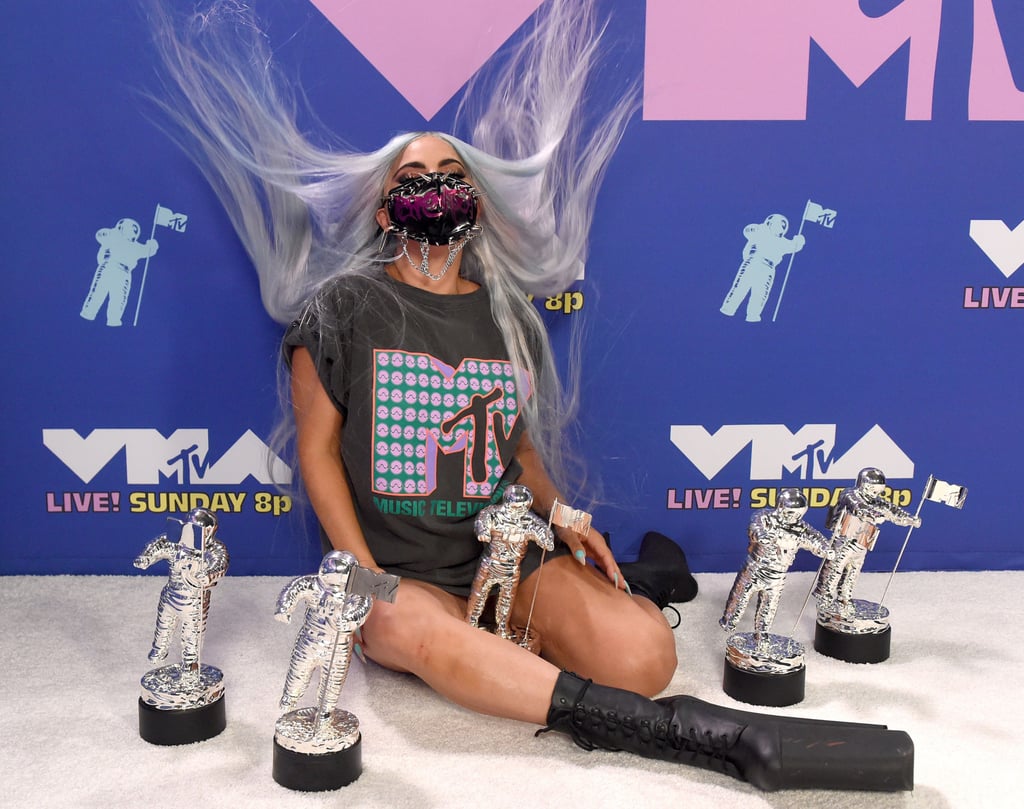 Lady Gaga stole the show with her multiple stylish outfits and over-the-top face masks at the 2020 MTV VMAs, but it was the last outfit combination that we're still thinking about. After taking the stage in one dramatic look after another and giving an epic performance of "Rain on Me" with Ariana Grande, Gaga opted for a more low-key(ish) look while posing with her five moon person trophies. In case you missed it, the singer dominated the award show by winning in the following four categories: artist of the year, song of the year, best collaboration, and best cinematography. She also became the first-ever recipient of the award show's newly invented Tricon award, which honors triple-threat icons.

While posing with her five moon person trophies, Gaga opted for a nostalgic MTV T-shirt that took us back to the '90s. Somehow there was an inexplicable wind in her hair that added an extra *dramatic* factor for the photo opp. She finished her outfit off with a pair of black platform boots that reminded us of old school Gaga. Of course, the outfit wasn't complete without a black latex face mask that had spikes and chains. Keep reading to get a closer look at the rock-and-roll look and shop some similar tees ahead. 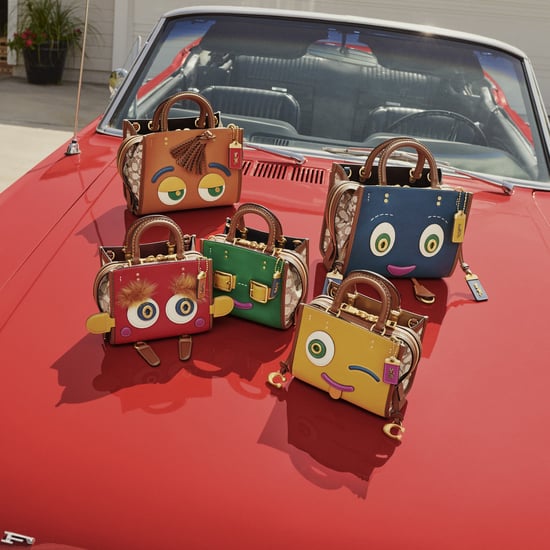 Reese Witherspoon
Melanie Lynskey Is in Touch With Some of Her "Sweet Home Alabama" Children: "Very Cute, Sweet Kids"
by Eden Arielle Gordon 1 hour ago 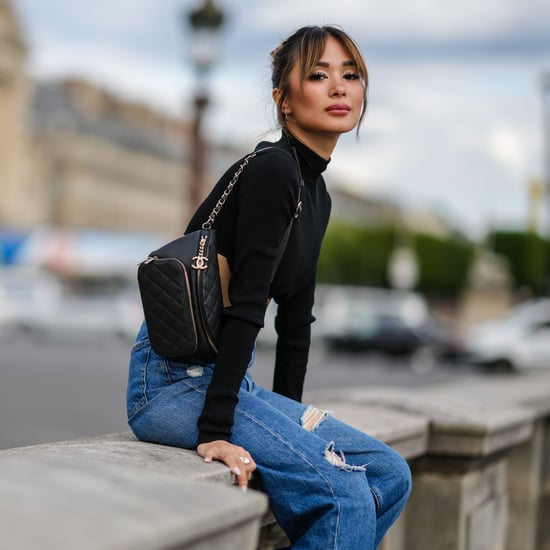