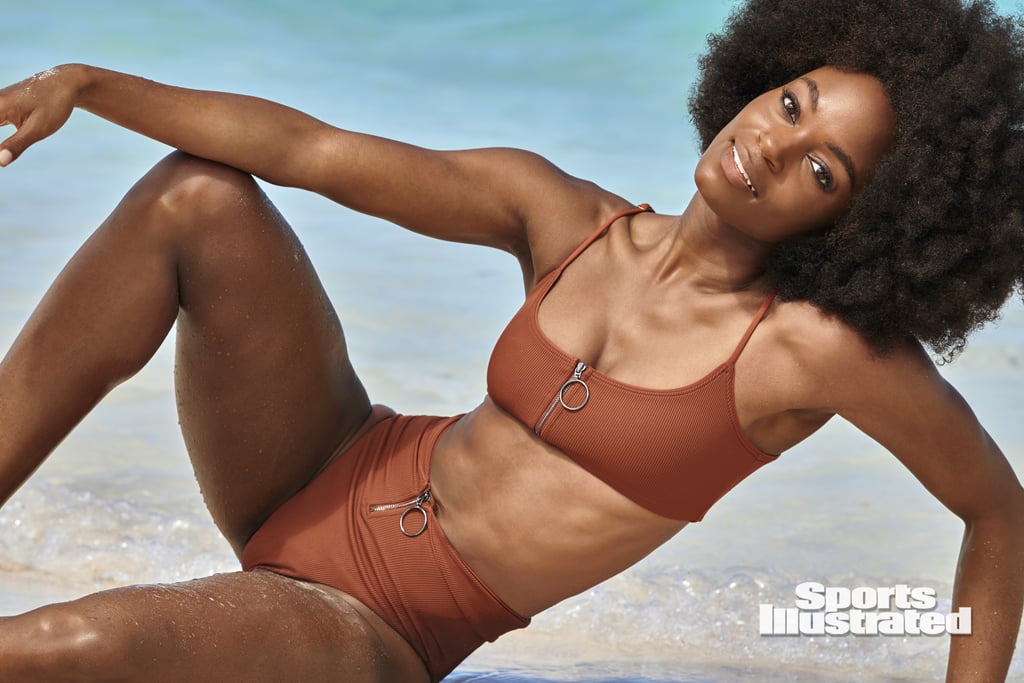 Tanaye White worked for the third largest defense and aerospace agency in the world prior to starting her journey with Sports Illustrated. She described the experience to me as "so crazy!", having competed in SI's Swim Search competition, which led her to become 2020's exclusive Afro-model in the annual issue. Soon after, Tanaye was featured by Victoria's Secret and O Magazine. She had always dreamed of becoming a model, but her parents valued education and a solid career, advising her to put modeling on the back burner.

"I think some people think that smart women can't be beautiful or vice versa, and that bothers me a lot."

After earning her Bachelor's degree in Economics from the University of Maryland and her Master's in Public Relations and Corporate Communications from Georgetown University, Tanaye was working when she applied for the Swim Search on a whim, and when she became a finalist, she felt she was treated differently. "I noticed that some of my team members would push back on my proposals, question my input, or undermine my suggestions more than normal . . . I think some people think that smart women can't be beautiful or vice versa, and that bothers me a lot. At work, I had to reinforce my input and back my recommendations with more data than I had prior to my 'modeling secret' coming to light. I had to fight to be taken as seriously as I had been before."

If anything, the experience must have motivated Tanaye even more. She was flown to Turks and Caicos to shoot with Sports Illustrated's longtime photographer Yu Tsai, and the result is a beautiful editorial that displays her undeniable talent. Tanaye shared some behind-the-scenes photos with POPSUGAR from her SI adventure, and explained why she feels it's important to use her platform as a model now more than ever. Scroll down to read about her take on the industry she broke into in such an empowering way. "Most girls start their modeling careers as teens, so I am beyond grateful to have this much success as a 28-year-old," Tanaye said.