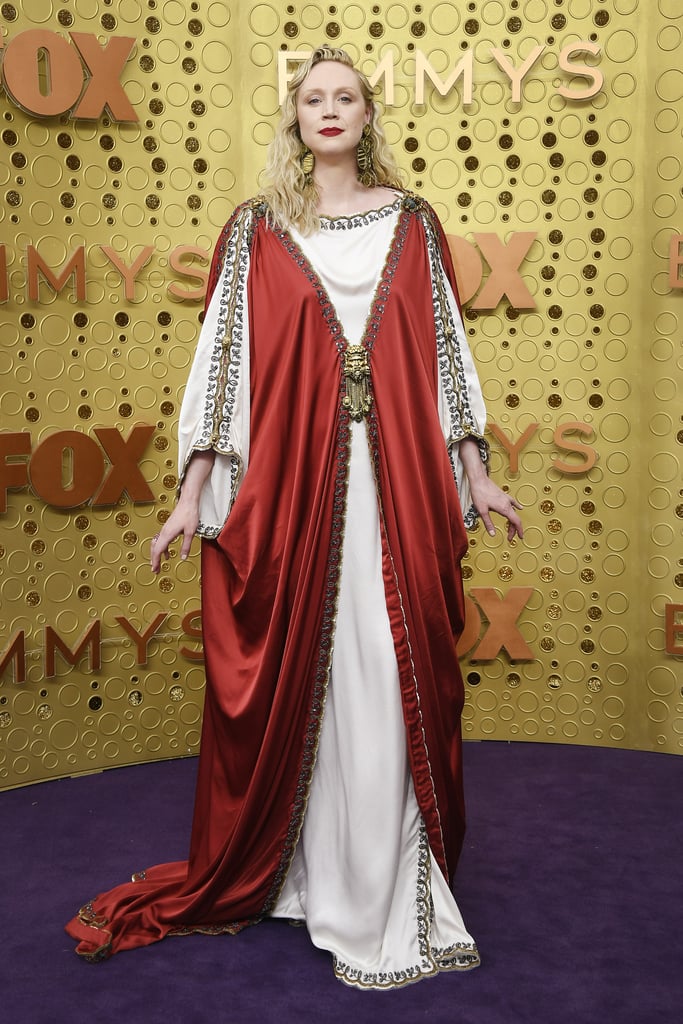 Gwendoline Christie at the 2019 Emmys

Let's all take a moment and bow down to Gwendoline Christie. On Sept. 22, the talented Game of Thrones actress arrived at the Emmys, reminding every single fan of the show that she's a damn Knight of the Seven Kingdoms, and in real life, Queen of the Red Carpet. Gwendoline was dressed head-to-toe in a fabulous Gucci look that absolutely could've been from Westeros, but with a glamorous, award-show twist.

Gwendoline made headlines when nominations first came out in July, as it was revealed that she not only submitted herself, but she got the Emmy nomination for outstanding supporting actress in a drama series. Talk about being your own biggest cheerleader! This year, Game of Thrones has a record-breaking 32 nominations in six different categories.

It didn't take long before the internet went crazy over her look. One person said it best, writing, "She put the Christ in Gwendoline Christie." Another person wrote, "Gwendoline Christie showed up in Queen of Westeros attire, reminding us all what we COULD HAVE HAD." See what fans had to say about Gwendoline's show-stopping Emmys look ahead.

Related:
These Emmys Dresses Are So Glam, We Want to Replay Them Like Our Favorite TV Shows
Previous Next Start Slideshow
Game Of ThronesGwendoline ChristieRed CarpetEmmy AwardsAward SeasonTwitter Reactions

by Kate Schweitzer 9 minutes ago