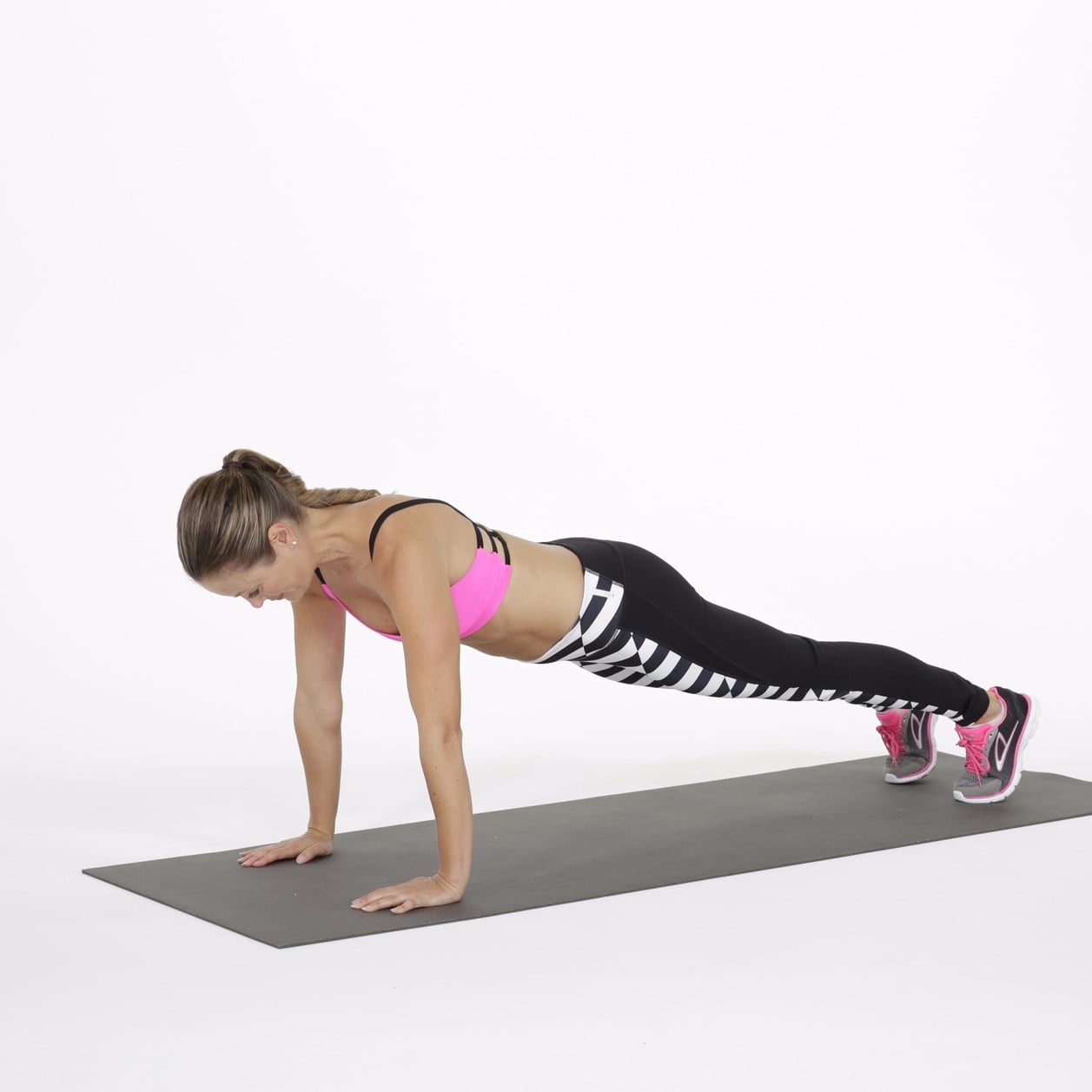 I was used to suffering through burpees during CrossFit classes, but one day I showed up and the WOD (workout of the day) was 100 burpees for time. I thought my coach was joking. I mean, I've definitely done over 100 burpees in a workout before, but that was broken up by other exercises. Thirty was probably the most I had done at one time, so 100?! WTH. And I pay for this?!

But I did it. And I didn't die! It took me over 10 minutes and by the end I collapsed to the floor, heart racing, panting, and muscles burning, but so proud. I thought that if I did this 10-minute workout every day, it'd be a quick way to get in a little extra much-needed cardio, build my endurance, get stronger, and burn some bonus calories.

So I committed to 100 burpees a day for two weeks. My rule was that they had to be 100 consecutive burpees, so even if I did burpees in my CrossFit class that morning, they didn't count toward the 100. I wrote down the numbers one through 10 in my fitness journal, started the timer, and every time I did 10 burpees, I'd cross off a number. It made counting them easier and also gave me a little break in-between. I even got my kids help me count! 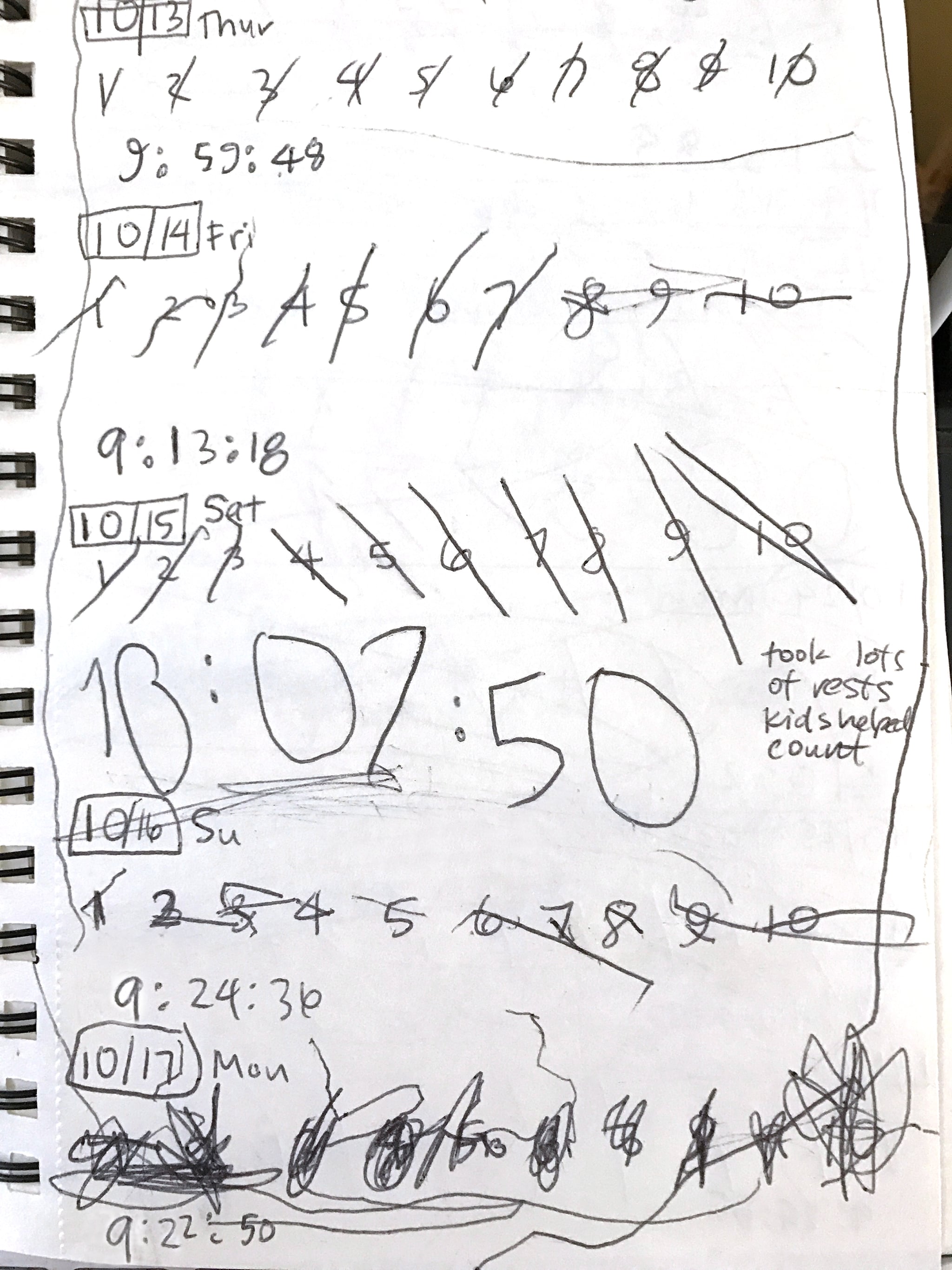 My goal was to get them done in under 10 minutes and to see how fast I could do them. After two weeks, this is what happened:

Overall, this little challenge was definitely worth it for all the benefits, but I think maybe next time I'd just choose 50 burpees instead. That seems way more doable and like something I could keep up with for more than two weeks. But if I ever can't get in some exercise while on vacation or just because of life, I know I could always take 10 minutes to do 100 burpees and get in an awesome, quick workout! If doing this many burpees at one time seems completely insane, here's a four-week workout plan to build up to 100 burpees.